Kyrgyzstan is one of our Where to Travel destinations for 2018. Click here to see the full list!

Kyrgyzstan, a former Soviet country, boasts a proud heritage of Central Asian warriors who once ruled a vast empire. Today, visitors can discover mesmerizing pieces of its history, from the wild mountain steppes to the cities and bazaars. Here are five interesting things to know before you book your trip there:

1. The country is mostly mountains

To say that Kyrgyzstan is hilly is putting it mildly. There are more than 85 distinct mountain ranges here, which in total cover more than 70% of the geographic territory. This leads the country to often be described as the “Switzerland of Central Asia” — and to some unbelievably stunning landscape photography.

The highest point is Jengish Chokusu, at 7,439 metres (24,406 feet), in the Tian Shan region. Meaning the “heavenly or celestial mountains,” the Tian Shan mountain system stretches about 2,500 kilometres between the border of China and Kyrgyzstan. An exceedingly beautiful spot found here is the high mountain lake appropriately called Heavenly Lake. Created by melt water from the snowy peaks, the lake is like a crystal-clear mirror reflecting the sky and tree-covered mountainous landscape towering over it.

This is the most popular tourist area of Kyrgyzstan, where visitors can enjoy horseback riding as well as watching traditional horse racing and experiencing nomadic kazakh folk customs. Another dramatic part of the Tian Shan region is its Grand Canyon, with an average altitude of 2,000 metres and comprising grasslands, lakes and canyons where you can hike, boat and even ice skate in winter.

2. It’s one of the world’s least-crowded countries

Perhaps all those mountains have something to do with it, or perhaps it’s the bone-chillingly cold winters and scorching hot summers — but land-locked Kyrgyzstan is very sparsely populated. Spread across its nearly 200,000 square kilometres are just over five and a half million residents, which averages just 29.5 people for each square kilometre of land.

Unlike other sparsely populated places like Australia, where most residents are concentrated in the cities, only 36% of Kyrgyzstan’s population reside in urban locations. Some of their favourite traditional foods include tea (lots of it!), horse meat and milk, which is consumed in this country far more than cow’s milk. These might be paid for with a three-som (three-dollar) coin; Kyrgyzstan is one of the few countries in the world to have this denomination.

3. It produced the longest poem in history

The Odyssey has nothing on the Epic of Manas, which is perhaps the most famous part of Kyrgyz culture. Weighing in at a whopping 500,000 lines, this epic poem about the life of the warrior Manas is 20 times longer than The Odyssey. Most records date the piece to the 18th century, though the Kyrgyz people claim it is much older, an oral tale that was passed down until it was recorded in writing in the 1700s. The first complete version was published in 1920.

Manas was born in the Talas Region of Kyrgyzstan, and his epic chronicles his efforts to unite various warring tribes to create a peaceful homeland for his people. The influence of Manas and his tale is huge in Kyrgyzstan culture; statues of him are everywhere, streets are named after him, and productions of his story are a major part of the performing arts in the country. Even the country’s flag is designed with 40 rays of sun, which represent the 40 tribes that Manas united.

Manas wasn’t the only warrior, and the need for his unifying effect was clear. The Kyrgyz were one of the groups of people who raided the borders of China in the third and fourth centuries B.C., creating the need for the construction of the Great Wall as a protective barrier. But don’t think these warriors were all men.

Kurmanjan Datka was a young 19th century woman who fled from an arranged marriage to fight against Russian imperial forces, eventually becoming the leader of Alai highlanders in a kingdom that spread across modern-day Kyrgyzstan, Uzbekistan and Tajikistan. Known as the “Queen of the Mountains,” Datka was immortalised in modern culture in a 2014 movie.

One of these is the Tien Shan mountain range. Another is the historic Silk Road, the ancient trade route that connected China with Europe and the Middle East. The Silk Road was established during the Han Dynasty in 130 B.C., and the routes remained in use until the Ottoman Empire closed them in 1453 A.D. The lasting impact can still be felt on the commerce and culture of the region all these centuries later, and travellers are drawn to this exotic and myth-laden landscape.

Some of the most popular Silk Road destinations in Kyrgyzstan are Tash Rabat, Burana Tower, and the Osh bazaar. Originally built as a monastery, Tash Rabat was later an inn for trade travellers on the route. The large, domed, symmetrical structure is accentuated by the dramatic natural surroundings. The Burana Tower minaret was originally 45 metres tall, but over time earthquakes reduced it to 25 metres. It marks the site of the ancient city of Balasagun, and is surrounded by a field filled with stone statues of warriors. The 3,000-year-old bazaar in Osh is a way to experience what life might have been like during the heyday of Silk Road trading — and get a glimpse into the roots of Kyrgyz culture.

Ready for a trip to Kyrgyzstan? G Adventures can get you there. Check out our small group tours to Kyrgyzstan here. 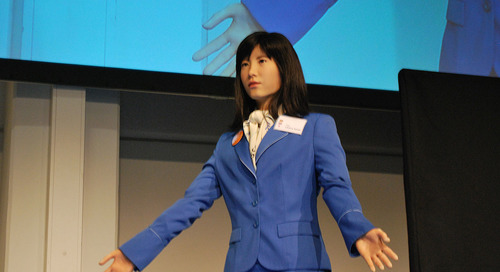 Rise of the hospitality bots

Will automation, artificial intelligence, and robotics change the way we travel? 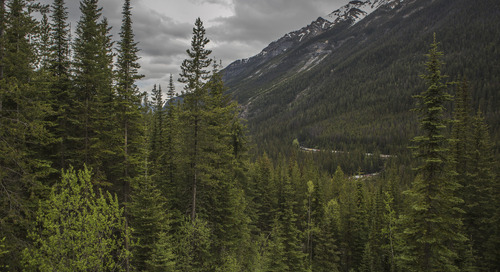 Did you know the area contains an estimated 1.5 million lakes?