Home » The Looptail, The Travel Blog Powered By G Adventures » 5 fascinating facts about the penguin
× Share this Article

If you're an animal lover, don't miss the chance to win a trip for two — including airfare — from our Jane Goodall Collection of trips. Click here to take our Inner Animal Quiz to enter!

Penguins are kinda cute, kinda dopey, super streamlined and incredibly cool — and we don't just mean because some of them live in cold climates. Plenty of G Adventures tours offer the possibility to see these flightless little (and sometimes not so little: Emperor penguins can get up to four feet tall) birds in person, including our Jane Goodall Collection Galápagos Island Hopping with Quito tour. Not sure why you'd want to get a look at a penguin in real life? Here are five fascinating facts about them:

1. There are no penguins at the North Pole

Penguins have evolved a special gland — called the supraorbital gland — which enables them to drink saltwater: the gland, which is located near penguins' eyes, filters sodium from their blood. The sodium (i.e. salt) is then excreted as brine from their bills, which gives them the appearance of a runny nose (in fact, sometimes penguins actually sneeze out salt water!).

3. Those feet are made for warming

Penguins are engineered for the cold from the tops of their beaks to the tips of their toes. The muscles that operate a penguin's feet are located deep in the warmer parts of its body, and connected to tendons in the feet; as warm blood moves from the penguin's body to its extremities, it helps warm the colder blood of the penguin's feet and toes.

4. They're not actually penguins

Or, rather, penguins weren't the first bird to be called penguins — that distinction goes to the now-extinct great auk which, technically, is unrelated to the birds we now call penguins. Early explorers referred to modern-day penguins as ducks, or "strange geese."

5. They move with porpoise

If you've watched Planet Earth, you've likely seen video footage of penguins "porpoising:" leaping horizontally out of the water as they swim. It's not just for show — when the penguin surfaces, they're able to breathe in some air, plus their plumage is coated in tiny air bubbles, which reduces friction and allows them to swim faster — but it might be for fun: some scientists theorize that penguins porpoise when they're feeling joy.

Want to see some penguins in real life? Consider our Jane Goodall Collection Galápagos Island Hopping with Quito tour — you just might get the chance to see the only penguin that goes north of the equator! 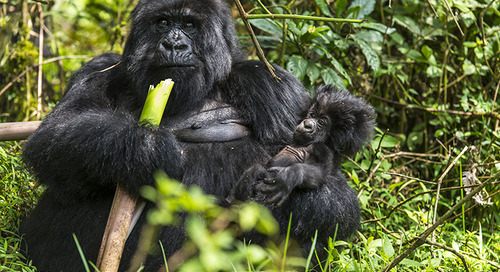 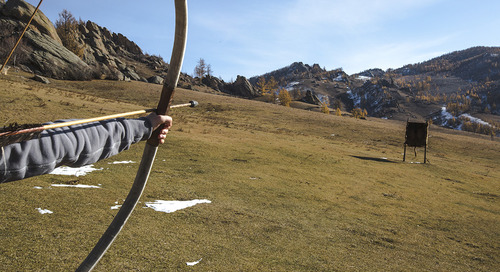 The rural, remote Asian country is a feast for the eyes