Home » The Looptail, The Travel Blog Powered By G Adventures » 5 things you might not know about Burgundy
× Share this Article

When you think of Burgundy, the region in central France, your mind may go immediately to wine. It’s understandable: some of the country’s most famous — and best — wines come from the vineyards and historic vintages in the region. But there’s much more to Burgundy than amazing wine. Here are five things you might not know about the area. Already think you’d like to go? Take our Where To Next quiz for the chance to win a trip of your choice from National Geographic and G Adventures.

1. It’s the birthplace of Dijon mustard

If you happen to know that the capital of the Burgundy region is a city called Dijon, this may come as no surprise. Dijon mustard was first used in the 14th century, and became popular in 1856, when vinegar, one of the main ingredients in mustard, was replaced with verjus — the juice of unripe grapes — by Dijon painter Jean Naijon.

2. It once had the world’s largest church

The Romanesque Cluny Abbey was the largest church in the world for a few years in the 4th century, shortly after construction began. However, it was overtaken mid-century when construction began on the famous St. Peter’s Basilica in Vatican City.

3. It’s the birthplace of the Eiffel Tower (sort of)

The Eiffel Tower in Paris is one of the world’s most famous landmarks and tourist attractions, but its namesake wasn’t born in the City of Light. Gustave Eiffel was born in Dijon in 1832, and in 1879 founded the company that would design his namesake tower (Eiffel also contributed to the design of the Statue of Liberty).

4. Burgundy has the largest navigable river network in France

There are more than 1,000km (621 mi) of sailable rivers and canals in the Burgundy region, passing through scenic towns, lush, green landscapes, and historic communities in the area.

The lush greenery and plentiful waterways in Burgundy make the region great for all sorts of flora and fauna — specifically of the two-winged variety. More than 160 types of birds call Burgundy home.

National Geographic Journeys with G Adventures are a collection of unique tours designed to take you deeper into the cultures and habitats of the places we explore. They offer more inclusions, greater hands-on exploration, interactions with local experts, and the freedom to roam, all within the structure and security of travelling in a small group. Explore Burgundy today! 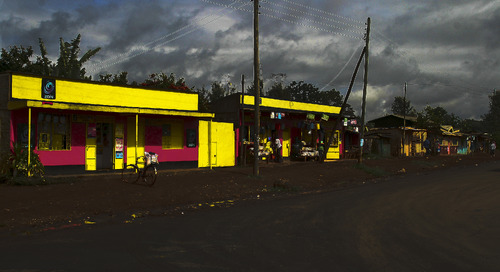 Why Nairobi's street art is more prevalent — and important — than ever

Public murals, graffiti and other art in Nairobi sends a positive message of change and optimism 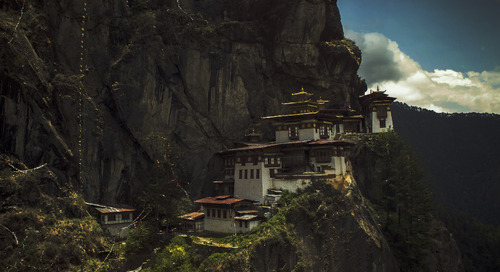 Why are the Bhutanese so obsessed with willies?

Phallic paintings and souvenirs are a source of humour for tourists. But what’s behind it?