Home » The Looptail, The Travel Blog Powered By G Adventures » 5 things you might not know about Halong Bay, Vietnam
× Share this Article

Halong Bay is a nature haven in Vietnam, where travellers can jump aboard a wooden boat and glide through a tropical paradise of limestone inlets and islands. It’s one of the country’s top attractions and — despite visitors spending an average of just 24 hours exploring on an overnight tour — it’s much bigger than it looks and more interesting than its surface beauty.

What’s in a name?

The name “Halong Bay” literally translates as “descending dragon,” and is based on a legend in which Vietnam’s Jade Emperor called upon a Dragon and her children to help fight against invaders. In the story, the dragons fought by spitting out emeralds and jade, forming a defence wall that rose from the sea. In time, this wall is said to have turned into the pinnacles and isles we marvel at today.

How big is it?

One thousand, six hundred monolithic islands, to be exact, rising from the water in an area of more than 1,150 square kilometres. There are said to be more than 2,000 islets that dot the bay.

You’ll notice that the islets are covered in green vegetation, making the area look like a jade, jungle wilderness. Some are so big that caves have formed — like the Thien Cung grotto, which is open to the public. Floating fishing villages exist amongst the islets, where vendors come to your boat selling fruit, snacks, and souvenirs.

Some islands have amusing names, owing to their various shapes, which is all a part of the laughs of a boat tour — if you can recognize the various animals and body parts that the guide points out!

Halong Bay's been a UNESCO World Heritage Site since 1994, and just under a third of its entire area is protected and inaccessible to tourists. This helps preserve the pristine nature of a landscape that has existed for more than 500 million years.

But it’s worth going anyways, right?

Yes — because it's (unofficially) one of the world’s greatest wonders. While the original ancient Seven Wonders of the World List still stands, various sub-lists have followed. This includes the “New Seven Wonders of Nature” list compiled from the votes of more than 100 million people in 2011. Halong Bay took a spot alongside Table Mountain in South Africa and the Amazon Rainforest in Brazil.

What types of animals live there?

More than pretty rocks and waterways, Halong Bay's tropical climate gives it a rainforest ecosystem of mangroves, bushes and plants, and the ocean waters and coastline conceal a vast marine ecosystem, with coral reefs and coves.

As a result, Halong Bay contains thousands of species of flora and fauna. In 2008, the Halong Bay Management Department concluded that more than 2,949 species call the area home, with 102 species listed as rare, even on a worldwide scale.

More than a scenic boat trip, you’ll be passing through one of the world’s greatest and most diverse patches of nature.

Want to check out Halong Bay for yourself? G Adventures can get you there — and beyond. Check out our roster of small group tours to Vietnam! 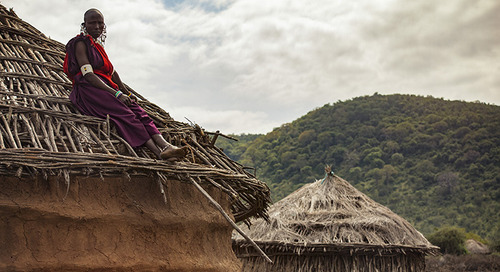 Arusha: More than a safari town

What to do between exploring national parks, scaling mountains and spotting the "big five" 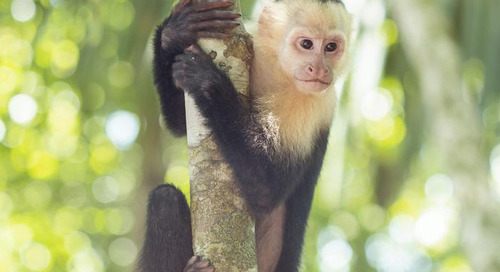 The small park makes up for its diminutive size with flora, fauna, and history