The Philippines is an emerging destination, and as a result, much of the country’s gems are under appreciated, or not talked about at all. Most will point to the pristine white-sand beaches, the immense natural beauty, and the undying hospitality of the people as things that travellers who’ve yet to make their way there are missing. But one aspect that is most commonly glossed over is this country’s food.

Filipino food may not be pretty like Japan’s or colourful like Thailand’s, but there is a diverse and delicious cuisine under the surface. While the food can sometimes appear dull and boring, it’s actually quite the opposite — flavourful, interesting, with deep traditional aspects that connect each dish very closely to the Filipino culture and way of life. This post will barely scratch the surface, but hopefully give you a few ideas of things to seek out on your next visit to the country.

If anyone in the world knows how to cook a pig, it’s the Filipinos. This is one of the Philippines’ national dishes and is usually prepared for special occasions, such as birthdays, holidays, or whenever large amounts of family or friends gather. Like most traditional meals, the beauty is in its simplicity: a seasoned pig is skewered and slowly roasted over hot coals. But as any Filipino will tell you, it takes many years of experience and many hours of turning pigs to master the art of roasting lechón. You may be waiting most of the day before it’s ready to eat, but once it’s all chopped and served, it will have been worth every second. If you’re looking for the gold standard, Cebu is famed for roasting the best lechón in the country.

Sinigang is a soup characterized by its sour flavour, usually derived from calamansi (citrus), tamarind, and/or fish sauce. It’s made with either shrimp or pork, and an array of different vegetables — okra, tomatoes, green beans, taro, and green mango being some of the more common ones. It’s quite a strong flavour, so it may catch you off guard at first, but if you’re a fan of Thailand’s tom yum, there’s a good chance you’ll fall in love with this one just as quick. It’s one of my favourites!

Adobo is one of those popular dishes cooked at home that most Filipinos will have grown up eating. It’s a basic meat dish — usually beef, pork, or chicken — simmered in a marinade of oil, soy sauce, garlic, and vinegar. It’s then pan fried to crisp the meat up, and served on a bed of rice. It’s a comfort food here, as made evident by the common sighting of Filipino travellers cooking it up in hostel kitchens around the world. And of course, you’ll find it at every local eatery throughout the country. Some would argue it’s the most Filipino dish there is. Tasty, cheap, fills the stomach, leaves a smile. What more could you want?

Picture a beautifully crafted, lovingly baked apple pie fresh out of the oven. Imagine the aroma, how it feels to break the crumbling pastry with a fork and scoop it into your mouth. It’s love. Now take out the apple, replace it with fresh slivers of young coconut and condensed milk, and you have the Filipino treat that is the buko pie. You’ll often see these getting sold both at bus stops and by street sellers boarding the buses themselves as it’s a popular treat to take home for family. I find partnering it with a scoop of vanilla ice cream is simply magic, but it’s just as delicious on its own. If you want the best, the Laguna region is famous for its buko pie-baking abilities.

This Filipino dessert probably won’t make sense to you in the beginning (and probably not at the end either), but it is so iconic that one cannot leave the country without trying it. Let me try and describe this to you; you take a tall glass and put in some “ingredients.” The possibilities are endless, but often of the sweet variety. It may be coconut, banana, jackfruit, mango, sweet potato, sweet beans, taro, tapioca, sago, maybe even some candy. Then you stuff some shaved ice in there. And usually you top it off with a piece of purple yam, maybe a block of crème caramel, and cover it all with evaporated milk. It tastes and looks as bizarre as it sounds, but I suppose that is the beauty of it. It’s chaos in a cup. Enjoy!

When walking around the major cities at night, you’re going to hear sellers riding around on bicycles screaming “Baluuuuut!” And when you stop them, they’re going to open a box on the back of their bike filled with eggs. But this isn’t any ordinary egg.

The balut is a semi-fertilized duck egg. The ideal balut is usually a couple of weeks old, where a baby chick has formed but the bones are undeveloped, and its beak and claws are barely visible, if at all. You simply crack it open and eat it. The taste is similar to an ordinary boiled egg, but obviously the texture is rather different. Balut is considered a delicacy in the Philippines, and is believed to be a strong aphrodisiac and great for health in general. For the more adventurous traveller, it’s one of those eats that you just have to try.

G Adventures runs a number of departures in the Philippines encompassing a wide range of departure dates and activities to cater to different tastes. We’re thrilled at the prospect of showing you this big blue planet of ours — check out our small group trips here. 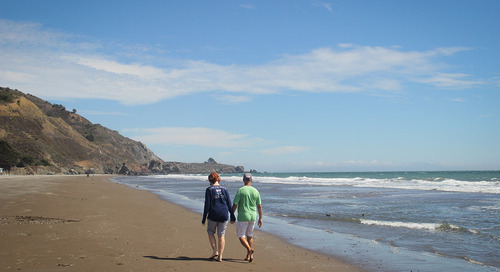 Get out of town with artist Candace Rose Rardon as she explores what’s in San Francisco’s backyard. 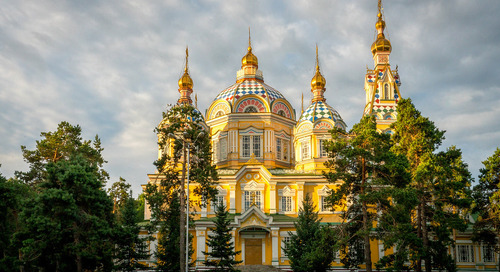