I’ve immersed myself in a five-hour Brewvana tour of ever-popular Portland, and sipped classic beers at San Diego institutions like Stone and Green Flash. During a layover in Munich, I guzzled Kumulus wheat beer at Airbrau, Europe’s only airport brewery. And on a pilgrimage to Pilsen, I enjoyed unfiltered Pilsner Urquell at the iconic Czech brewery where bottom-fermented lager was invented.

But now it’s time to celebrate super suds in my native land as if a Canadian NHL hockey team had just won the Stanley Cup (fingers crossed!). Here are seven great craft beer tours across Canada.

At Category 12 Brewing, the bubbly husband-wife team of Michael and Karen Kuzyk delivers scientifically engineered beers like Critical Point, a refreshing Northwest pale ale, and Disruption, a distinctive black IPA that won gold at the Canadian Brewing Awards in 2015.

Twa Dogs Brewery offers a delightfully fruity saison in Mistress of My Soul, and shares space with the triumphant single-malt whiskies of Victoria Caledonian Distillery.

You know you’ll get a complimentary 16-oz pint glass from Vancouver Brewery Tours, but you don’t know who you’ll meet while exploring this budding West Coast beer mecca by van. On my latest three-hour odyssey, I encountered a bachelorette party from Philadelphia and two brothers from Minnesota attending a prosthetics convention.

When Alberta ditched its minimum production requirements for microbreweries in 2013, Edmonton benefited big-time. With Edmonton Brewery Tours, get your lunch on at Situation Brewing. The Afternoon Tea Saison goes nicely with a bison-and-wild-boar burger and house salad with strawberries.

Food pairings heighten the fun with Montreal Craft Beer Tours. Strolling around Quebec’s largest city, you can devour a beer-infused poutine (French fries with cheese curds and gravy) while imbibing at Le Saint-Bock, which has more than 40 beers on tap. This institution offers a warm atmosphere with brass-rimmed tables and a stained-glass window depicting a suds-laden stein.

Personally, I reminisce fondly about the beer-and-chocolate pairings at Benelux, a spacious, high-ceilinged brewpub in a converted former bank.

On a sunny day, chill on the treed terrace outside the 1995-founded, cooperatively owned La Barberie and savor everything from the Sure aux Framboises (hello, raspberries!) to the Stout Double Chocolat (are you feeling stout yet?). At the funky Korrigane, operated by brewer Catherine D. Foster, the Feu Follet, an English cream ale with notes of flowers and fruit, provides a mellow conclusion.

The world deserves more you — and you deserve more Canadian craft beer! Check out our small group tours to Canada here. 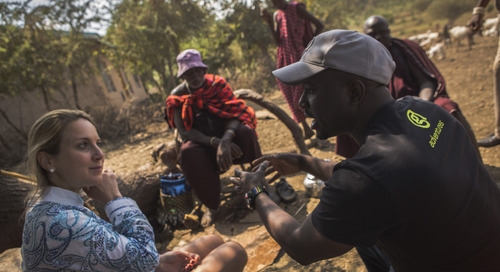 Our world deserves more you, so here's how to visit without leaving a footprint 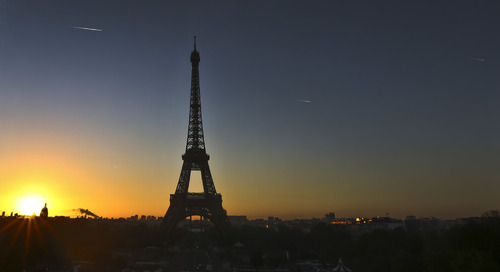 The joys of flying overseas with a first-time traveller

Or: why the world deserves to see my mom happy