Travelling wouldn’t be nearly as fun if it weren’t for the chance to sample local flavours. Oftentimes, it’s discovering a street-side snack vendor or a hidden-gem pub that ends up being a trip highlight. Indeed, for many regions of the world, food can actually define a trip: a vacation to Italy would be incomplete without pasta, and a week in Jamaica would be wasted without jerk chicken.

In Canada, however, there's not much in the way of a national culinary identity: when asked to name typical Canadian fare, many Canucks will struggle to come up with an answer that doesn’t include poutine. But the fact of the matter is that there are plenty of other foods and drinks unique to the true north strong and free. Below, a guide to some of the best flavours to celebrate this special northern country this Canada Day:

Ice wine: In most parts of the world, chances to sip ice wine are few and far between. To make this dessert wine, grapes must be picked while frozen on the vine — because of this, only winemakers living in climate that gets cold enough to dip below zero but also hot enough to support the growth of grapes in the first place (like the wine region of Niagara Falls, Ontario) will be able to produce bottles of the stuff. Because the grapes need to be harvested at such specific temperatures, many wineries do their picking in the middle of the night.

Montreal bagels: A good Montreal trip isn’t complete without a freshly baked bagel (or two, or three, or four...). Canadians will argue against New Yorkers any day that this French-Canadian city is the bagel capital of the world.

Pemmican: This First Nations food is, essentially, a jerky-like snack made from dried bison meat and Saskatoon berries. Pemmican is very much a Prairie-region food and makes for a great trail mix substitute during outdoor exploration. It doesn’t get much more Canadian than that.

Lobster mac and cheese: Those who hail from Canada’s picturesque Maritime region will brag about the seafood offerings there — and with good reason. If you go, go big: order lobster. Better yet, make that a lobster mac and cheese. Canadians go crazy for their cheesy elbow pasta (hence the whole Kraft Dinner obsession), and this is certainly the richest form.

Hawberry jam: Canada’s Great Lakes are a geographical marvel and sitting in the middle of Ontario’s Georgian Bay is the biggest freshwater island in the world: Manitoulin Island. The island is home to a large population of hawthorn trees and, as such, its people have become rather enthusiastic about their hawberry products — jam being just one example.

Tourtière: If you're visiting the province of Quebec, know that this meat pie is one of the most quintessential French Canadian dishes on the menu. Made with ground meats (usually pork and beef), onions and spices, this one will certainly hit the spot.

Split pea soup: This creamy comfort food dates back to the days when French explorers first set foot on Canadian turf. Since then, it has made a place for itself in Canadian culture by becoming a staple dish — especially during the often-frigid winter season.

Cedar-planked salmon: Canucks celebrate Canada Day on July 1, right at the beginning of summer, and there’s perhaps no better summer flavour than freshly caught, wild B.C. salmon. Barbecuing the fish on a cedar board will make it mouth-watering and fragrant.

Beer: Canadians happen to be fantastic beer brewers and they have scores of small-batch breweries popping up all over the country to prove it. It doesn’t matter if a beer lover’s drink of choice is a stout, IPA or lager — there’s a quality Canadian pint that’ll fit any bill.

Want to try some of Canada's best foods for yourself? G Adventures can get you there. Check out our small group tours to Canada here. 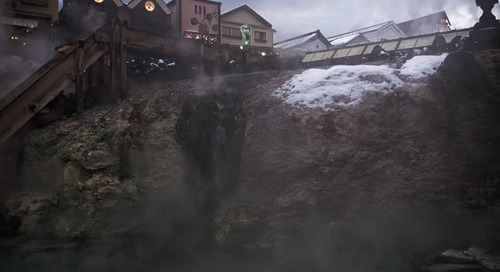 The brilliantly bizarre Kusatsu, about two hours from Tokyo, is worth the detour

Another destination that proves that surprises that make the world seem a little better that you thought it... 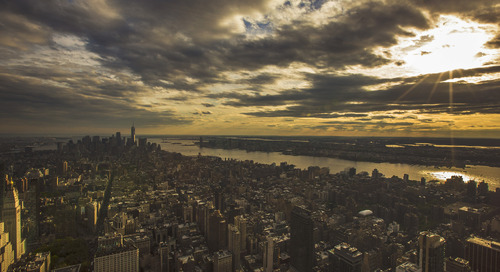