Home » The Looptail, The Travel Blog Powered By G Adventures » A photo tour of Iran's mosques
× Share this Article

All photos by Ellie Cleary.

Some would say Iran has been long misunderstood.

But since the easing of sanctions in 2016, Iran has been opening up — particularly to tourism. Travel to the country is booming, and travellers are discovering what has been lying in wait. Tales of hospitality and warmth are leaking out. From my own experience, it is the warmth, openness, and kindness of Iranians toward tourists that shines through the country's decades of tumult and conflict.

The hospitality isn’t the only reason to visit. Iran also has enough architectural jewels to make you dizzy from staring upward at dazzling domes and mosaic-tiled minarets. A trip there might just make you fall in love with Islamic architecture. Here's a sneak peek at what you'll find in four Iranian cities:

Known as Isfahan’s main square — the Naqsh-E Jahan Square boasts (arguably) the most beautiful mosques in Iran. The square was originally designed for polo matches and horse racing, but these days, it's enjoyed by visitors, locals picnicking in the grass on summer evenings, and shoppers at the bazaar that surrounds the square:

Looking up will become second nature, as you crane your neck (a tip for women: make sure to hold up your head scarf) to take in the intricate details of inner domes, such as this one at the Shah Mosque:

Nothing will prepare you for the beauty of the Shah Mosque and its stunning, intricate entrance:

Originally, Shiraz was famous for the grapes that grew there and the namesake wine made from them. These days, the city is more famous the Masjid Nasir Ol Molk — also known as "the pink mosque." Its interior is dappled with multi-coloured light when the sun beams through its stained glass windows in the early morning. Be prepared to share your spot with other travel photographers — it's a good idea to arrive early:

Don’t forget to look up here, too:

This is the Jameh (Friday) Mosque in Yazd, Central Iran:

This is one of the domes at the Bagh-e Dolat Abad, which is a shrine — not a mosque — surrounded by stunning gardens in the middle of the desert city:

Beyond the Jameh, there are a number of other mosques that are a visual treat. The entire city of Yazd was recently designated a UNESCO heritage site:

Between Isfahan and Tehran, Kashan is a pit stop well worth making — or even staying in for a day or two. It boasts this beautiful mosque, the Agha Bozorg:

Keen to see the beautiful mosques of Iran for yourself? G Adventures can get you there. Check out our small group tours to Iran here. 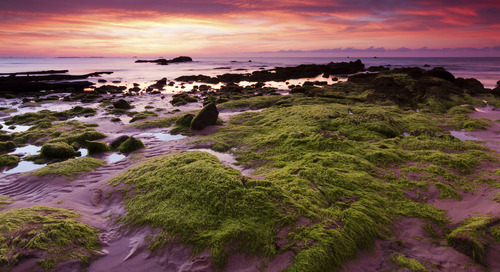 Here's where to dive in and enjoy turquoise waters, bright reefs, and amazing wildlife 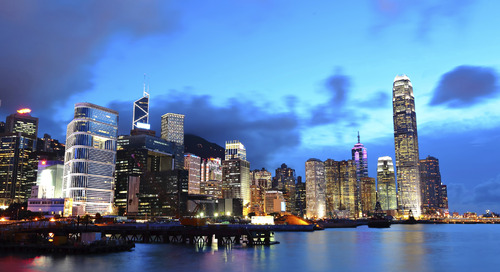 Whether you're food-obsessed or looking for a shopping spree, Old Town has something for you