Not keen on the crowds in Thailand and the Philippines? It’s about time to check out Malaysia’s pristine beaches. Hundreds of kilometres of coastline define the country, from white-sand beaches shaded by rows of palm trees to sprawling, stunning coral reefs.

Despite its location between Thailand and Singapore, backpackers often skip Malaysia. They shouldn’t: Malaysia’s blend of established tourism infrastructure, rich cultural heritage and, generally, lower prices than its neighbouring countries, ought to make it a must-visit.

For the time, lower tourist numbers mean those in the know can enjoy the country’s beaches to themselves. If you’re planning a trip to Malaysia, here are six beach destinations you absolutely can’t miss:

Located 19km (12 mi) off the coast of Terengganu state in northeast Malaysia, the Perhentian Islands are a group of small islets that promise sparsely populated beaches with clear-as-glass waters and fine, pearly white sand.

Keep in mind the east coast of Malaysia is affected by the monsoon season between November and March. Avoid visiting during this time of the year, unless you like lots of rain. Most hostels and ferries or hostels will also be closed.

How to get there: Catch a ferry from Kuala Besut, which can be reached by bus from Kuala Terengganu. The journey to the islands takes about 30 to 45 minutes by speed boat or 90 minutes by slow boat. The return boat ticket cost 60 Malaysian Ringitt (about $14 USD) per person for speed boat and 40 RM ($9 USD) per person for slow boat. Foreigners also pay a 30 RM ($7 USD) marine fee, while locals pay 5 RM ($1 USD).

Just a hop away from the Perhentian Islands is Pulau Redang, an island with more resorts than hostels. You’ll see many varieties of tropical fish swimming around the islands’ numerous reefs, many within 15ft (50 m) from shore. The Redang Marine Park (Taman Laut Pulau Redang) comprises all nine islands in the Redang Archipelago, but only the main island is inhabited.

The largest beach is Pasir Panjang, which is on the east side of the main Redang island. It’s also the best place to snorkel.

Also on the east coast of Malaysia, Tioman is in the southern part of the country and is quite popular with Singaporeans. Most of Tioman’s resorts are on the island’s west coast; head to the east and you’ll have the beach to yourself.

The area known as Juara has pristine, quiet beaches, lush greenery, and beautiful coral reefs, and it’s also a major landing spot for nesting sea turtles. Salang, on the northern corner, is best known for its diving, as it is the closest village to many reef sites and ship wrecks. Nature lovers can trek also through scenic Monkey Beach and Monkey Bay from Salang.

How to get there: Berjaya Air offers quick and easy flights directly to Tioman. Alternatively, you can catch a ferry from Mersing. Bluewater Express operates the ferry services there, and a ride takes around two hours. A one-way trip costs 35 RM ($8 USD) for adults and 25 RM ($6) for children.

Off the west coast of Malaysia, close to the Thai border, is Langkawi, an archipelago of 99 islands (an additional five temporary islands are revealed at low tide) in the Andaman Sea. The 10,000 hectares of Langkawi and its 99 islands were declared a Geopark by UNESCO in 2007.

Although the beaches here aren’t quite as spectacular as those on Malaysia’s east coast, this part of Malaysia is not affected by monsoons, so you can visit all year round. The best beaches in Langkawi are Tanjung Rhu — on the northernmost tip of the island with centuries-old limestone caves, mangroves, and limestone crags — and the nearby small and uncommercialized Pasir Tengkorak, also known as “Skull Beach.”

Further afield in Malaysian Borneo, Sipadan is lauded as one of the top dive spots in the world. The island is an environmental reserve area, so the number of visitors is limited to 120 per day, and all of Sipadan’s resorts were closed in 2002 to ensure the protection of the reserve.

From the main beach of the island, it is a mere 20-metre (66 ft) wade over the reef to reach the top of the reef wall. Sipadan is surrounded by extremely rich reef life and marine animals, including greenback and hawksbill turtles, barracuda, manta rays, and even the occasional hammerhead or whale shark. The island is best for diving rather than sunbathing, so make sure you plan in advance.

How to get there: The easiest way is by flying to Tawau from either Kuala Lumpur (three-hour flight) or Kota Kinabalu (50-minute flight), and continuing by minivan or taxi to the town of Semporna. From there, you can arrange snorkelling or dive trips to Sipadan.

If you plan to visit Sipadan, make sure you spend some time on the beautiful Mabul, where turquoise waters might remind you of the Maldives.

Scuba divers will love Mabul. It is said to be one of the world's best places for underwater macro-photography, due to its proliferation of scorpion fish, frog fish, nudibranchs, cuttlefish, blue ring octopus, and various crustaceans. There is also a wreck dive, Police Wreck, located in between 16 and 18m (52 and 59 ft) of Paradise II, one of Mabul’s islands. Green and Hawksbill turtles are also commonly seen on dives.

How to get there: Fly to Tawau and take a minivan to Semporna; from there, take a speed boat (30 minutes) or a slow boat (90 minutes) to Mabul. You can also arrange dive trips in Semporna to visit Mabul.

Ready to take a dip in the beaches of Malaysia? G Adventures can get you there. Check out our small group tours to Malaysia here. 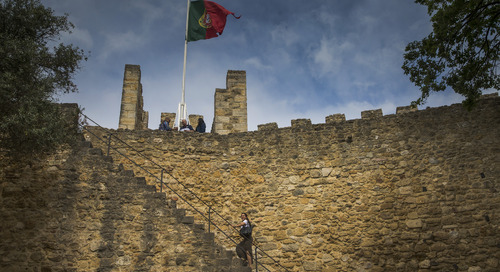 A foodie's guide to Lisbon

6 of the Portugese city's best bites (and sips), and where to find them 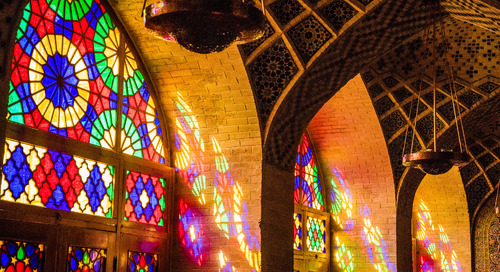 The Middle Eastern country is an architectural feast for the eyes