Home » The Looptail, The Travel Blog Powered By G Adventures » A photo tour of Wrangell-St. Ellias National Park in Alaska
× Share this Article

All photos by Gary Arndt.

Wranglell-St. Ellias is one of eight national parks in Alaska, and is the largest national park in the U.S. It is also part of the cross border Kluane/Wrangell-St Elias/Glacier Bay/Tatshenshini-Alsek UNESCO world heritage site, which collectively has the largest non-polar ice field in the world.

It is also perhaps the most accessible national park in Alaska, in that you can reach it by car. Except Denali, every other park in Alaska requires a bush plane or a ferry to properly visit. Also, unlike the other parks, Wrangell-St. Elias has private property, which was grandfathered when the park was created. It is also home to the towns of McCarthy and Kenicott, which are situated in the middle of the park.

McCarthy is the heart of the park, and there are several reality-TV shows which are based in the small town, following the lives of the people who live there. As you might guess, the town is extremely seasonal, with most of the businesses shutting down for the winter in late September.

Given its northern latitude and accessibility, it is a fantastic place to view fall colours. You can witness the golden colours of the trees far earlier than you can in other parts of North America.

Hiking out of McCarthy is easy to do. There are several trails in the area which are perfect for day hikes.

There are also options for hiking on Root Glacier, which is overlooking McCarthy. There are companies offering glacier hikes almost every day while the park is open. Even though you are on a river of ice, temperatures in the summer can get quite warm on the glacier.

The town of McCarthy and Kennicot dates back to the early 20th century, when the Kennicot copper mine was active. During its short lifespan, it was the most productive copper mine in the world. Given its location, however, transporting people, supplies and ore was extremely difficult.

The interior of the mine and ore processing facilities have been left as they were when the facility was abandoned in the 1960s. A walking tour of the mine is one of the highlights of any trip to the park.

Given the enormous size of the park, it is worthwhile to take a flight tour when you're there. It will give you a perspective on the size of the glaciers and mountains that you can't get from land.

Want to see Wrangell-St. Ellias for yourself? G Adventures can get you there. Check out our Highlights of Alaska tour here. 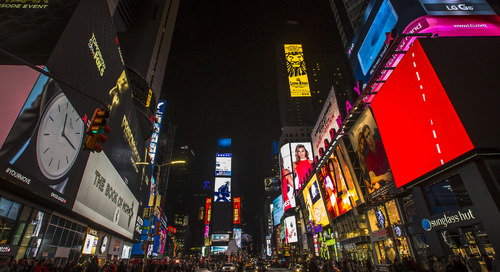 When only home-away-from-home will do

On the restorative, curative powers of travel 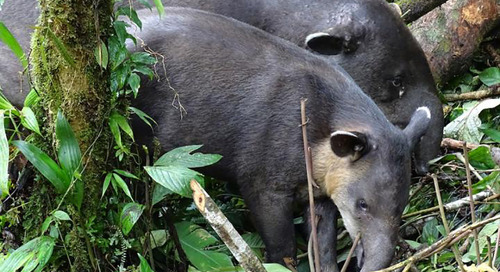 How a search for tapirs led to quetzals, frogs, turtles, and more