Home » The Looptail, The Travel Blog Powered By G Adventures » The multi-coloured thrills of wildlife-spotting in Costa RIca
× Share this Article

It was a lifelong obsession with tapirs that first brought Costa Rica to my attention. Then, in watching documentaries about the tapir — the large, long-snouted, almost piglike mammal — I couldn't help but become entranced by the diversity of Costa Rican wildlife. By the time I left for my trip, my wildlife-spotting wish list had expanded far beyond tapirs to include all manner of exotic fauna.

Take the resplendent quetzal, for instance. This bird has long, green tail plumage and a red breast acquired, according to legend, from the blood of fallen Mayan warriors whose bodies they were shielding from pillaging conquistador soldiers. I was almost as determined to sight the notoriously difficult to spot resplendent quetzal as I was the tapir.

Before dawn on my first day in country, I found myself part of a small group heading up a hillside into the cloud forest. We emerged sleepily from a thicket and there, awaiting us in a wild avocado tree, was a female quetzal. She didn't have the distinctive forked tail of a male but she was beautiful, with vivid green, red, black, and white feathers.

"This is easy," I thought to myself, though I knew full well that successful wildlife-spotting is the culmination of good research into destinations and seasons, helped along by a healthy dose of good luck. Patience is important, too: after some of the other birdwatchers had left, my own patience was rewarded when, after an hour or so, a few male quetzals flew into the same tree.

Sometimes when ideas build up in your mind, the reality can be anti-climactic. Not so with the resplendent quetzal. It was easy to see why the bird had long been revered, and its feathers worn by rulers such as Montezuma in their headdresses for distinction. The bird life in Costa Rica is colourful and plentiful, and as the tour progressed, I realized that I was keeping an eye out for all sorts of species — from captivating little hummingbirds to the great green macaw.

It paid dividends to engage a local tour guide to go into the parks. At the atmospheric Monteverde cloud forest, our guide arranged for a local expert, Jorge, to escort three of us on a wildlife walk. Besides spotting another resplendent quetzal in the higher branches of the forest canopy, Jorge located three fat caterpillars on a leaf about fifteen metres away on the other side of a stream. Nature guides take telescopes on all their walks to allow their clients a close view of the wildlife. Just as well, for without the strong lens I would have had no chance of seeing those caterpillars with my naked eye.

Probably the most memorable wildlife experience I had the privilege to enjoy in Costa Rica was witnessing a nest of baby turtles hatch on the beach in Tortuguero. A couple of hundred hatchlings fought their way up out of the sand and over one another before waddling down the beach. They were lucky. Escorted down the beach to the Caribbean Sea by a group of enraptured tourists, they were protected from the lurking predatory mangrove black hawks.

Wildlife in Costa Rica can be an in-your-face affair. On one occasion, our bus driver pulled to a halt on a country road and there, peering in through the window, was a sloth. He didn't have much energy, but he did have a very satisfied smile. That sloth typified for me the Costa Rican attitude, pura vida, which embraces living life at your chosen speed.

Three weeks afforded me plenty of unforgettable Costa Rican wildlife moments. I was awoken by howler monkeys in the tree above my chalet, I had fantastic blue morpho butterflies land on my arm, and on a night hike I encountered boggle-eyed red eye tree frogs.

But what of the tapir?

Eventually, our guide told me that he had been in Costa Rica for 17 years and had only ever seen the animal in one place. As luck had it, at the end of the tour I had a whole day free and was able to make a trip from San José to that very place, the edge of the Braulio Carrillo National Park.

My guide there asked what I was interested in. I replied, "tapirs, just tapirs." He shook his head and told me what I had heard for the last 20 days: that tapirs are very rarely seen. But just then, we turned a corner and there were three of them: a mother tapir with a baby and an adolescent.

But, although I was lucky enough to see a few tapirs, plenty of species stayed hidden, giving me the perfect excuse to plan a return visit.

Want to try your luck at wildlife spotting in Costa Rica? G Adventures can get you there. Check out our small group tours to Costa Rica here. 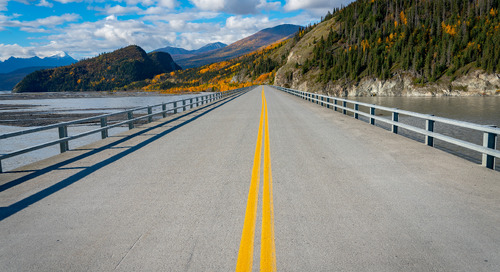 From abandoned mines to gorgeous glaciers, this national park is a must-see 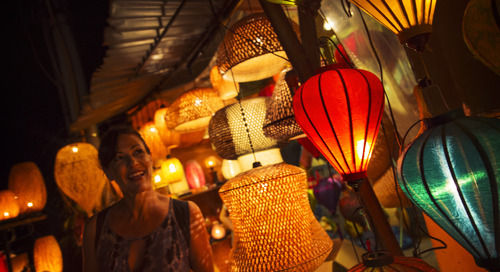