Home » The Looptail, The Travel Blog Powered By G Adventures » A short guide to the anteaters of Peru
× Share this Article

That’s right, anteaters. Plural. Because there isn’t just one type of anteater in Peru, there are three. Three adorable animals with long snouts, short legs, and round bodies — and you’ll want to hug them all.

I’ve divided this blog post into each type of anteater. We’re starting big and moving to pygmy-sized. I should note that it was very difficult to write this piece, mostly because I spent an inordinate amount of time sending pictures of anteaters to friends. Also, regaling them with anteater facts. My neighbours even know how many ants an anteater eats per day, because I am now that annoying person who shares animal facts at odd intervals during conversations.

Each of Peru’s anteater species has a set of powerful curved front claws, but is an edentate animal: none have teeth. Instead, they use their long (OK, I’ll say it) slightly creepy tongues to catch bugs from the ground. The anteater is part of the vermilingua suborder of mammals, which translates to worm tongue. Not inaccurate.

Anteaters lack not only teeth, but also good eyesight. Consequently, they use their sense of smell to find their food, homing in on termite mounds, anthills, or insect nests located in the treetops of the Amazon. The animals are generally quite solitary, with one child per year (and only one at a time), often riding on its mother’s back for its first six months on Earth while she roams the forest or treetops in search of food. Wonderfully, they are also known as “ant bears.”

The largest of the anteaters, the giant anteater can grow up to 2m (6.5 ft) long. It is characterized by a diagonal black-and-white shoulder stripe. Unlike the other two anteater species, this one forages on the ground instead of trees.

The giant anteater’s hair is straw-like in feel, especially on its long tail, which the animal uses as a blanket or parasol depending on weather. Its gait is unique because it doesn’t walk on its feet. Instead, the giant anteater shuffles on its knuckles, protecting those long claws from being dulled by forest wanders. Regardless, the giant anteater can move at a slightly-clumsy gallop when necessary, to flee prey. Its snout isn’t only adept at getting to ants or termites, but also doubles as a snorkel when swimming.

And for those of you who want to be that annoying person who spouts animal facts? Giant anteaters consume up to 35,000 ants and termites per day, and according to National Geographic they can flick their tongues up to 160 times per minute. Talk about efficient eating. To get their prey, they use their front claws to rip into anthills or termite mounds and vacuum up as many bugs as possible.

With increasing deforestation in Central and South America, as well as poaching for fur and meat, the giant anteater’s survival has been threatened in recent years. The International Union for Conservation of Nature (IUCN), the global authority on the status of the natural world and the measures needed to safeguard it, ranks the giant anteater as a Vulnerable Species, noting that:

“The dietary specificity, low reproductive rates, large body size, along with threats to habitat degradation in many parts of its range, have proved to be significant factors in its decline. The giant anteater is currently listed in a threat category in virtually all regional and national Red Lists. A population loss of at least 30% over the past 10 years has been estimated based on local extinctions, habitat loss, and deaths caused by fires and road kills. Based on this decline and past threats that are still ongoing today, it is likely that the population has suffered an overall reduction in population size of 30% over the last three generations (suspected to be around 21 years).”

Each of the tamandua types has four claws on their front feet and five on the back and they walk on the outer edges of their feet in order to keep claws sharp and avoid self-injury. While they are both similarly sized, the northern tamandua has longer ears compared to its southern cousin. Colour schemes vary from blonde to brown, with black markings on their shoulders, back, and front legs. Their extremely coarse, rough hair keeps angry ants from reaching the anteater’s skin when it feasts.

While they are known as “collared anteaters” because of the patches of black fur, I personally think that the pattern looks like a black vest. If only “black-vested ant bears” could catch on.

As with the giant anteater, the tamandua’s tongue is long and versatile, covered in sticky saliva that can scoop up ants and termites galore. Unlike the giant anteater, the nocturnal tamandua lives in the trees, not on the ground. During the times the animal is on the ground, they move with a stiff-legged, clumsy gait — no galloping for these guys.

Evolution has helped the tamandua by gifting these anteaters with a tough pad on their forefeet and a large claw on their middle toe, making it easier for them to grip tree branches as they go about their food-seeking quests. They are solitary animals that communicate by hissing sounds and a very, uh, pungent odour produced from the glands in their rear ends. Consequently, they are referred to as “the stinker of the forest.”

The IUCN Red List of Threatened Species has the northern tamandua and southern tamandua listed as a species of “least concern.” Unlike the giant anteater, they are not presently vulnerable to extinction.

The final anteater species in Peru is the silky or pygmy anteater, the smallest of them all. With a length of about 20cm (8 in) and a weight under 400g (14 oz), they are truly pint-sized mammals. The silky anteater is nocturnal and like the tamandua, it lives in trees. Given their small size, solitary nature, and tree-dwelling lives, silky anteaters are hard to find and track. They consume 5,000 ants per day, with the help of their two long claws and saliva-drenched tongues. They have a lifespan of only two years.

This species of anteater enjoys the ceiba (silk cotton) tree specifically, which naturalists attribute to the tree’s seeds. They strongly resemble the tiny anteater’s fur coat, making the tree natural camouflage from predators. In addition to the ceiba, this pint-sized ant bear lives high up in tropical forests, just under the top canopy. Because they rarely come down to the forest ground, they get their moisture from licking dew or rainwater off tree leaves.

Silky anteater numbers are relatively stable, but they are being negatively affected by the destruction of their habitat. They are currently listed as a species of “least concern” by IUCN, and are not presently vulnerable to extinction.

For maximum cuteness, take a look at this video of the silky anteater.

See the Amazon on a Jane Goodall Collection by G Adventures tour. This selection of 20 of our incredible, wildlife-focused tours endorsed by world-renowned primatologist Dr. Jane Goodall has been designed to bring you into close, larger-than-life contact with the world’s animals, while at the same time, respecting their freedom. Let this collection of adventures introduce you to the world in ways you’ve never imagined. 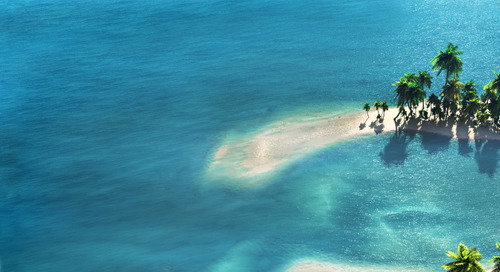 Go local in the Maldives

Sample both sides of the Maldives, from picture-ready perfection to local culture and cuisine. 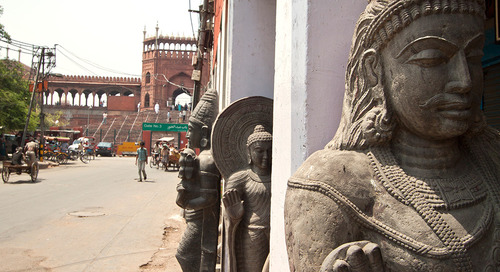 Learn about Delhi’s nuanced past and present with a must read list from Mariellen Ward of Breathedreamgo.