Home » The Looptail, The Travel Blog Powered By G Adventures » Arctic vs. Arctic: What you'll see on either side of the Atlantic
× Share this Article

When you think of Arctic travel, what comes to mind? Is it the vast, remote northern wilderness of Canada? Or the fjords of northern Norway? Or do you simply think of the striking landscapes and mythical vibes of Greenland?

The fact of the matter is that the Arctic — which, technically, refers to any region that falls above the Arctic Circle — comprises a diverse range of experiences. Sure, it's gonna be cold, but the area's vast size means that things are very different, from one Arctic region to another. Here, a brief explainer to what, exactly, it means to go to the Arctic, depending on whether you choose the west side of the Atlantic Ocean, comprising Arctic Canada, the middle, comprising Greenland, or the east, comprising Norway and a few other Nordic regions (with apologies to Arctic Russia).

Canada: First thing's first: it's remote. Canada's human population, largely, occupies the southern part of the country; significant portions of Canada's Indigenous peoples continue to live in the North, including a large Inuit population. But if you're travelling to any of the area's major cities looking for plenty of urban amenities and bright lights, you're out of luck.

The Canadian Arctic is also cold, but not all the time -- in the summer, there is a thaw, allowing some vegetation to grow for the area's herbivorous four-legged residents (we'll get to them later).

Greenland: The joke about Greenland and its neighbour Iceland is that their respective names are contradictory to their climate conditions. Sure, Iceland is cold, but it's nothing compared to Greenland, whose temperature even in the warmest months never goes above -10 degrees Celsius. In some parts of the north, temperatures have dipped as low as -43 degrees Celsius in the wintertime. It's really, really cold, in other words. There is permafrost in some parts of Greenland's north, though this is melting rapidly due to climate change. And as for a human population, well, there are only about 56,000 people in the entire country.

Norway etc: Since parts of these regions occupy the southernmost edge of the Arctic circle, the weather can be a bit milder -- but, still, don't expect things to go above 12 or 13 degrees Celsius even in the warmer months. Some of the Nordic and Scandinavia municipalities that fall within the Arctic circle are well-known, such as Tromso, in Norway, and Longbyearyen, on Svalbard, which is the world's northernmost capital city. But still, don't expect hustle and bustle -- these cities may be known, but they're still itty bitty.

Greenland: It’s desolate here — so there are just as few opportunities to spot animals as there are chances to meet people. If you’re on the coast (which you likely will be), you might spot whales (including larger baleen species such as humpback and blue whales) and seals; slightly inland and you’ll see the same types of animals as there are in the Canadian Arctic: caribou, foxes, and polar bears.

Norway etc:There’s a bit more diversity, fauna-wise, in Norway than there is in other Arctic regions. Here, you’ll find some wildcats — the Norwegian forest cat and lynx among them — plus wolves, foxes, reindeer, elk, rabbits, brown bears, and even some snakes! And the coastal waters house whales and seals, of course.

What about the terrain?

Canada: The Canadian Arctic is vast, and it’s mostly flat, with vegetation that grows close to the ground (when it grows at all). There are some mountainous regions, and numerous tiny islands that are covered in permafrost.

Greenland: Remember that joke about Greenland vs. Iceland? Well, as it turns out, it applies here, too: much of Greenland is, in fact, covered in a large sheet of ice. The country also has dozens of mountain ranges — many so desolate and remote that they haven’t actually been named.

Norway etc: If you want it, Norway’s got it (unless you want tropical beaches, in which case, you’re out of luck). From Boreal forests and majestic waterfalls to fjords and mountain ranges to vast grassy plains and snowy valleys, the country is rich in geographical splendour (owing, in part, to the fact that much of it exists south of the Arctic Circle, of course).

Check out our Arctic tours here. 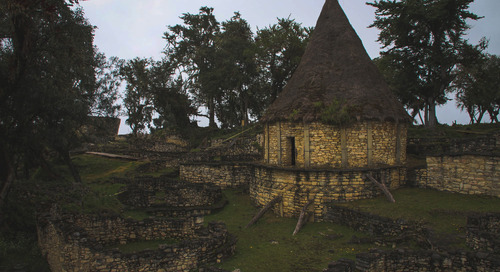 There's plenty to Peru beyond the Inca Trail 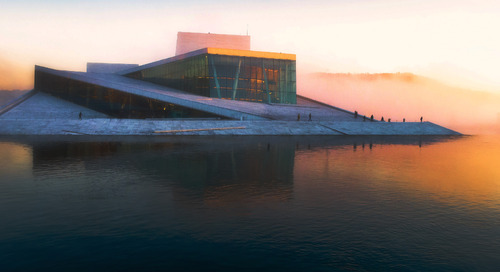 From museums to restaurants, the Norwegian city is a feast for the eyes