Because its distances are short, and trains so good, it’s easy to overlook how great a road trip destination Europe can be. Though I’ve driven Bulgaria’s mountains and Black Sea coast, and followed Robert Louis Stevenson’s path in southern France by car, generally my European experiences have been limited to railways.

Last year, though, I followed what’s a still-emerging multi-country trip that guards many of Europe’s great secrets: a coast-hugging Balkan road trip. Going from Slovenia to Kosovo, I often stuck with mountain-bracing highways that looked over medieval rooftops that face the blue Adriatic Sea.

Here are my favourite stops.

Llubjana, the Slovenian capital of 300,000, is a dreamy walker’s destination. The mix of Baroque and Habsburg architecture fills narrow laneways where locals are fond of al fresco wine bars (regardless of the weather).

Up the hill — reached in a puff by woodsy trail, or a quick funicular ride — is the 500-year-old Ljubljana Castle, with shops, cafes, and museum exhibits of the city’s past. It’s also home to views of the city and of the distant Julian Alps. Just outside the center, Metelkova is a former barracks turned into an arts centre with music, art, and a bizarre hostel.

I visited in December — a great time to go — as the city transforms into a broad Christmas Market, with ornament displays, live music, mulled wine stands, and vendors.

Just into Croatia from the Slovenia border in the Istria region of Croatia, wee villages with centuries of history punctuate hilltops. Istria’s backroads are fun to explore by car. Skinny roads weave through woods and past rustic taverns that sizzle meats on grills and plop their local wine in an unmarked carafe on the tabletop. Where to stop is part of the allure, as Istria is a practical point-and-pick smorgasbord of rural delight.

I stopped in Hum partly because it’s called Hum, but also because the 20 or so people who live here like to call the fortified village that dates back a thousand years “the smallest town in the world.”

Visitors usually come for a peek, or a bite to eat at the lone restaurant, or to pick up some local honey products. Staying the night was a treat, as the well-lit lanes at night were deserted.

It’s an Ottoman-era bridge that makes the most beautiful town of the Balkans, just over two hours inland from coastal Dubrovnik.

Mostar’s Old Town is split in equally alluring cobbled halves by the narrow Neretva River, which is crossed by this tiny arched stone bridge that dates from the 1500s. (The town’s name, in fact, comes from “bridge keeper.”) On either side of the UNESCO World Heritage site bridge today, you’ll find open-air cafés and restaurants (as well as shops selling knick-knacks likely brought in from Istanbul) in a scene filled with medieval mosque minarets and bulky bluffs. It’s beautiful. But it hasn’t always been.

The Stari Most, or Old Bridge, was blasted in a 1993 standoff between Bosnian Serbs and Croats during the conflict. (It dropped “like a dead beast” into the river, per one New York Times article.) It’s been rebuilt and stands as a connection between cultures and religions, and as a hope for lasting reconciliation in a town that bears many reminders of a turbulent past (you’ll see bullet holes on many buildings in town).

Going from vantage point to vantage point of the bridge, I found myself peeking into shops, stopping for Turkish-style coffee, and eating filling meals in old taverns. Mostar was the clear highlight of my week-long road trip.

Lovely Dubrovnik, Croatia — a two-hour drive north of Kotor — gets most of the regional attention (and most of the cruise traffic). But this medieval Montenegro town that’s set on a fjord-like bay hemmed in by rugged peaks, is for me the bigger prize.

Montenegro’s name is a borrowed Venetian term for its traditional name, “Black Mountain.” The nation is only 10 years old, while historic Kotor dates from at least Roman times. It’s home to only 13,000 people, and off-season it can feel like having a period-piece movie set to yourself.

Other than a look in old churches and handicrafts shops in town, the great attraction is the ramparts that run like a jagged spine from the city walls up the mountain behind. It’s 1,250 steps to the top of St. John fortress.

Near the top, look for a hole in the wall that leads behind to some village ruins in a sunken valley. A local farmer offers wine, brandy, fresh cheese, meats and bread in an open-air setting with huge views of the bay’s calm blue-green water far below.

Leaving Montenegro, I cut across the mountainous northern tip of Albania — and things felt different right away. Mosque minarets are towns’ highest points. Bald brown mountain ruggedly frame winding roads with almost no traffic. You might even spot, as I did, an unruly turkey stand run by two friendly brothers with crew-cuts.

The highlight though, just outside the town of Shkoder, is Rozafa Castle. Set up by Illyrians nearly 2,000 years ago, the sprawling fortress sits on a peak of craggy rock with 360-degree views of the Albanian Alps. During my visit, only a handful of Albanian locals were peeking through the tiny museum or along the reedy pathways along the crumbled walls (one group was shooting a hilarious music video).

The cultural heart of Kosovo is Prizren. If you don’t believe it, ask a local. “You made the right decision coming here,” the doorman of my hotel approvingly told me after I managed to find a parking spot on the centre’s crooked lanes. “Prishtina [the capital] is meaningless.”

It’s easy to equate Kosovo with its troubled past (one former New York Times reporter has even set up political tours that meet with refugees and UN officials, but Prizren is lovely, and has enough to see for a fun day’s exploration.

Sunken in a tight river valley below mountains often lost in fog, Prizren is filled with mosques, markets, old Turkish baths, outdoor cafés, and a fortress on the hill for which the town of 175,000 is named (Prizren means “fortress on the hill”). The road outside town rises and twists sharply along the river, reaching the wooded embrace of Kosovo’s wine region (you can sample its products in Prizren restaurants). 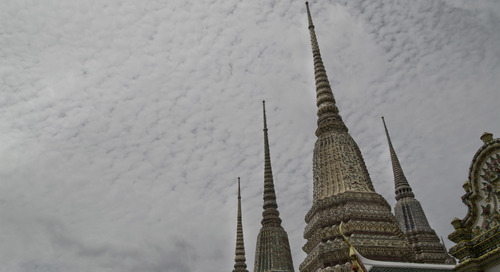 Travelling to Thailand? What you need to know following the King’s passing

As the Kingdom enters into a year-long mourning period following the death of their much-loved King, here's... 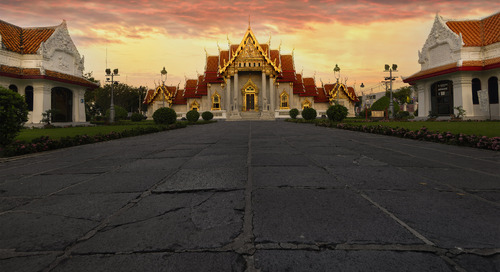 King Bhumibol Adulyadej held a cherished place in the hearts and minds of his subjects because of his hard ...