Home » The Looptail, The Travel Blog Powered By G Adventures » Biting the Bullet: Train travel in China
× Share this Article

China for me has always been a dream. Growing up worshiping its cinema, culture, and cuisine, my trip to the mainland culminated 24 years of euphoria at the simple mention of “Beijing”, “Hong Kong” or “Shanghai.” However, as I was researching my trip, it wasn't long before apparitions of smoggy cities, factories, and hyperactive traffic came before me through online stories and travellers’ tales.

Enthusiastically, I had whizzed through China, ticking off The Pearl of the Orient (Hong Kong) and The Paris of the East (Shanghai) — without, of course, missing out on Macau, the Cantonese Sin City — leaving me with a few days to spare on my itinerary. So I chose to bite the bullet and booked myself a ticket to Beijing on China's high-speed rail system because as my mum put it so rightly, “You can't leave without visiting the Great Wall!” With a head full of wishful thinking, I handed over my renminbi and chose the cheapest seat, bracing myself for five hours of absolute uncertainty and packing into my brain, pre-judged ideas of how uncomfortable the journey was going to pan out. I cringed at the thoughts of cramped space, but repeated over and over, “This is a part of the experience.”

My first raised eyebrow came at check-in. While it might seem obvious to security-check luggage, British train travel had ingrained in me the idea of simply buying a ticket and hopping on-board — so imagine my surprise at the well-organized, airport-style process. The meticulous checks, weight restrictions, and security screenings were a far cry from what I had imagined.

My second surprise hit me as I was clamoring aboard. Again, travel in the U.K. had instilled in me an expectation of seats littered with half-eaten packets of crisps, and tables peppered with still-warm, moist chewing gum waiting for unknowing fingers to accidentally sink into them. Instead, I was met with wide aisles, sofa-soft recliners, and no territorial marks of previous passengers. I sat, pleasantly puzzled.

Popcorn, Pringles, and delicious ice cream fueled my journey, all served with a genuine smile from the friendly stewardess who came by regularly to ensure all rubbish was disposed of quickly. The standard of cleanliness is something that really took me aback. After all, this was second class on a public train in mainland China — not for the well-heeled and suited and booted, but the economy seats for ordinary folk, travelling from their small towns to the big cities. I giggling with my neighbours at the video on the overhead screens. Though divided by language, we were united by a uniform likeness for silly pranks and lighthearted antics. And while I’d seen the same video over and over on low-cost air carriers in Europe, and again on buses in South America, there was an added amiable atmosphere watching it on a bullet train. We’d look at each other to gesture, “Did you see that?,” and “Oh my, look!,” breaking the non-existent ice between ourselves. With a little more confidence, and in an effort to dispel the rumours that Chinese “mainlanders” prefer to keep to themselves and do little to interact with foreigners, I whipped out my newly bought Mah Jong set and signalled to my fellow passengers an invitation to play. They were surprised, but warmly took up my offer, and we all played a few rounds while taking breaks in between to admire the natural beauty of the landscape around us. No smog, no industrial monstro-cites, just botany and lush green pastures for miles around.

By this time, I had lost count of how many times my eyebrows raised. What had started as a chore made by unfair apprehensions of what it might be like to spend five hours on a public train in mainland China, ended with confirmation that stereotypes have no real place in travel, and a real love for high-speed bullet trains — but only when sitting in second class, surrounded by everyday people.

G Adventures runs a number of departures China in encompassing a wide range of departure dates and activities to cater to different tastes. We’re thrilled at the prospect of showing you this big blue planet of ours — check out our small group trips here. 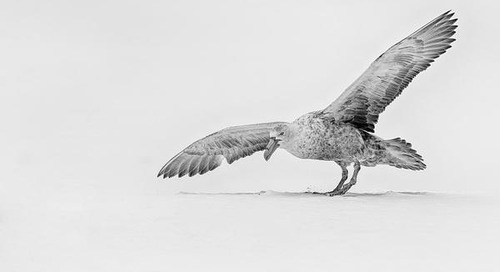 Antarctica in black and white

Antarctica is a place of extremes and photography here is no exception. Photographer Paul Teolis talks abou... 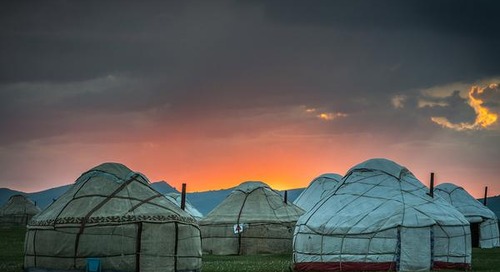 Central Asia is home to some of the last travel frontiers in the world. Wanderer-in-Residence Gary Arndt sh...