Home » The Looptail, The Travel Blog Powered By G Adventures » Coffee for good in Panama
× Share this Article

Panama is one of the world's smallest coffee producers, but it’s also the producer of some of the most expensive. Typically, these highly sought after beans are cultivated in Boquete, a small town in western Panama, which provides ideal conditions to grow this global morning must-have. However, be warned, though a surprising and cultural eye opener, indulging in a coffee tour in Panama endangers one of becoming a coffee snob rendering you never able look at your morning coffee in the same way again. What you will also find among the scarlet-coloured cocoa beans is a rich heritage being kept alive through a simple “Cup O’ Joe.”

As I visited this coffee mecca, all around me rushed a landscape of amber, peridot, and emerald, layered upon one another to create an almost, “tierra tiramisu,” and I was the lucky earthworm making my way through the natural bounty offered widely throughout the coffee farms of Boquete, Panama.

Ahead, I could hear the voice of Carlos, my guide, but his echoes were almost impossible to locate amid the cries of the legendary quetzals, which circle the skies here as locally as you would find any pigeon in England.

I had almost given up my charade of being brave and was on the brink of calling out like a lost child in a supermarket when three small faces appeared out of the blue, or should I say, “the green.” I was greeted by the giggles of Ngäbe-Buglé children as their eyes met mine with mutual looks of wonder and curiosity. They took my hand and led me without even a twitch of hesitancy, and we eventually broke to the surface of the camouflage pathway.

Sat all down the road were groups of indigenous youth, each one taking their turn to weigh us up as strangers, before going about their business. These, as Carlos explained, like my three little helpers, are the children of the workers on the farms, whose schooling and housing is taken care of by the elusive Señor Ruiz, owner of the Café Ruiz Coffee Company.

No large conglomerate has a monopoly on coffee farms in Panama. Instead, farms are owned entirely by local families, which makes Panama a small fish in a gigantic pond of “jitter juice.” However, Boquete is blessed with nutritious soil from Volcán Barú, which is in close proximity to both the Atlantic and Pacific oceans, and frost free nights and sun drenched days; all which provide the optimal growing conditions for coffee plants. First imported into the country through Costa Rica from the then Abyssinia, farms have popped up across the country that grow many varieties of beans. On par with Thailand’s Black Ivory and Indonesia’s infamous Kopi Luwak is Panama’s Gesha coffee, which can be found in the glittering halls of Mayfair’s Fortnum & Mason. In fact, this bean burst all preconceived notions of Panamanian coffee when it broke all auction records in 2007, selling for USD $130.00 per pound, and then again in 2010, when a 20-minute auction set a new high at USD $170.20 per pound; a price that certainly warns of daring to add milk or sugar for risk of tampering with the bean’s natural sweetness, delicate body, and honey flavour.

The market demand is so great that coffee production is the highest contributor to the national economy after tourism, so it’s no wonder that such care is taken in each step of the coffee process. As Carlos explains, through picking, wetting, fermenting, drying, sorting, aging, and finally roasting, the life cycle of each bean is highly complex, which is why Café Ruiz has adopted a traditional approach to ensure to keep its reputation for quality and consistency while maintaining a healthy and natural environment for future generations. Café Ruiz chooses to employ Ngäbe-Buglé people to individually handpick red “cherries” from a coffee plant — each made up of hundreds of red and green buds — and individually squish them to obtain one single coffee bean. While this method does not produce a high yield, it means that the companies are more conscious not to over saturate farms with too many coffee plants and in this way they do not add too much pressure to the land.

Through the coffee trade, the indigenous peoples of Panama have been guaranteed some of the best wage standards in Central America. Battling deforestation and displacement, coffee farm labourers are paid by the basketful, or lata, are hired for most of the year, and — certainly in the case for the workers for Café Ruiz — are also guaranteed on-site accommodation with their families. A skillful worker can collect up to seven latas a day, for which the Central American average wage per basket has been USD $2.00–10.00 since 2003. In Panama, standards are USD $5.00–$10.00, while wages for speciality coffee, such as the red “cherried” Gesha, are higher in comparison to green-berried coffee used to produce cheaper mass consumer beans, or what we call, “instant coffee.”

Not only has employment in the coffee trade bolstered the sustainability of the Ngäbe-Buglé people in monetary terms, but Café Ruiz offers literary programs to the workers and their families that teach them to read and write in both Spanish and their native language. They’ve also devised courses for them to further personal and professional development. The remuneration package is so enticing that it’s not uncommon for generations of the same family to work for the same company, and indeed, Carlos himself started out as a picker at age 9. Now in his 30s, he has become the company’s resident tour guide.

Eager to learn the ropes, with the dark skies above me and a burst of colours in my vista, I rolled up my sleeves, reached out for the most pouting seedling, and twisted it off perfectly. I’d learned about coffee that day but more about giving back and sustaining our communities.

G Adventures runs a number of departures in Panama encompassing a wide range of departure dates and activities to cater to different tastes. We’re thrilled at the prospect of showing you this big blue planet of ours — check out our small group trips here. 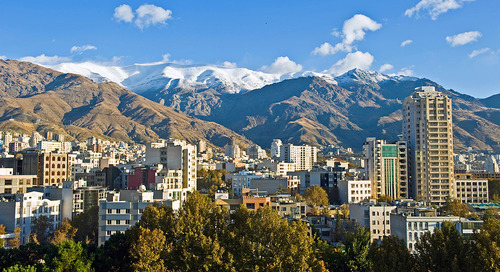 On your next trip to Iran, make sure to pack your understanding of “tarouf,” a concept of politeness that h... 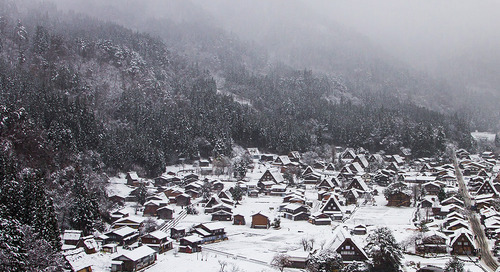 Head to Japan in winter and find a wonderland of festival experiences you won’t have access to at any other...