Home » The Looptail, The Travel Blog Powered By G Adventures » No thank you, yes thank you: Hospitality in Iran
× Share this Article

Since 1979, a sorry mixture of ignorance and political bias has drip-fed most Westerners a completely misleading preconception of Iran. On my first trip, which I took in 1984, just five years after the Islamic revolution, my British friends and family were convinced that I was heading to somewhere terrifyingly “dangerous.” The reality couldn’t be more different. As any visitor who has actually been to Iran will attest, few countries are actually safer, friendlier, or more misunderstood. Hospitality is at the very core of Iranian culture. But once one has relaxed into this understanding, the temptation is then to miss one crucial point. Yes, people really are kind, but that does not necessarily mean that you’re expected to accept every offer you receive.

After that first trip, I remember coming home astounded that I had only had to pay for one single night’s hotel stay in my whole month in Iran. Wherever I went I had received accommodation, food, and generosity in many other forms. I’d been taken to rural cafés to smoke water pipes (alcohol remains illegal). One friendly family drove me to the Caspian Sea and put me up in their holiday home for a few days. I have no doubt that these acts of extreme kindness were heartfelt. But as I learnt more about Persian culture, so I started to look back and wonder just how many of those surreally kind offers I was actually supposed to have refused. It was only on my second trip to Iran that I first encountered the term tarouf. Roughly summed up, it is the concept of politely but repeatedly refusing almost anything that one is offered. While not dissimilar to the traditional middle-class British notion of initially refusing a proffered invitation to tea, tarouf is generally more adamant and repeated.

But if one accepts an offer, the giver will generally follow through unflinchingly even when it seems absurd: it’s a slightly perverse Iranian sense of one-upmanship. For foreigners, it can be hard to tell tarouf from straightforward hospitality, so the best policy is to refuse anything three times, just in case.

The strange pervasiveness of tarouf first became startlingly obvious to me after a three-hour taxi ride. Sanctions against Iran have artificially left the exchange rate unrealistically out of kilter, making prices seem very cheap to Westerners such that it is by no means unthinkable for even a backpacker to charter a long distance taxi. But while the fare might seem low to a visitor, such sums remain very significant to the driver. Generally, the rates are established and well known. But occasionally a degree of polite haggling might be required. On this particular occasion the driver and I had taken longer than usual to agree on a fare. And as I had made a couple of extra stops along the way he was determined to add a little extra. As we arrived the discussion went something like this:

While locals speak of tomen, banknotes are actually denominated in rials (1 tomen = 10 rials) so I pulled out the 200,000 rials that we had finally agreed upon (back then worth just under US$20.00).

“Keep it! Be my guest,” comes his astonishing response.

I am dumbstruck. Seconds ago we were haggling. Now he’s giving me the ride for free!

This is entirely a formality.

I press the money into his hand.

He refuses a second time, but a little less convincingly.

G Adventures runs a number of departures in Iran encompassing a wide range of departure dates and activities to cater to different tastes. We’re thrilled at the prospect of showing you this big blue planet of ours — check out our small group trips here. 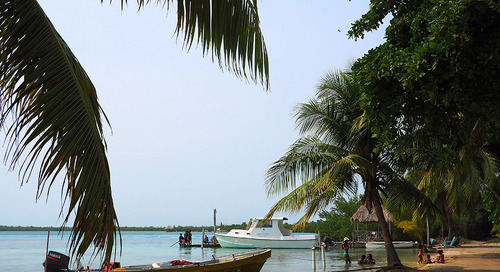 The Great Blue Hole is an underwater sinkhole that researchers believe is the largest of its kind. Join awa... 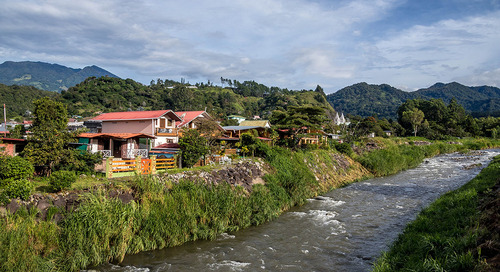 Head to Panama’s highlands to find the producers of world-famous cocoa beans are also keeping their rich he...