“What a view! What an incredible view! I can’t believe how many people miss out on this,” I announced to the world on the viewing platform at The Three Rondavels in Blyde River Canyon — though there was nobody there to hear me.

Thousands of travellers every year travel from Johannesburg to the world-famous Kruger National Park. And rightly so — the wildlife-spotting opportunities in Kruger are tremendous. But it never ceases to amaze me that most visitors steam straight past the staggering views and diverse activities of Blyde River Canyon.

Almost as soon as one leaves Kruger by any of the more southerly gates along its western boundary, the sight of the Drakensberg Mountains rises to fill the field of vision. Hidden within the stretch of the range between Hoedspruit in the north and Graskop to the south, Blyde River Canyon contains some of the most dramatic scenery in a country blessed with world-class vistas.

The Blyde River Canyon is the second largest on the African continent after Namibia’s Fish River Canyon. It’s spectacular due to its greenery, even before one considers the unusual erosion of the red sandstone which causes features such as the Three Rondavels. A short walk to the lookout area opens onto the sort of view that stops breath. Across the canyon were the three rock formations which have weathered to look like rondavels, traditional round African thatched huts.

Almost everything was green. Trees occupied the slopes plunging down from the lookout point and filled every inch of land on the far side of the narrow Blyde River, snaking a darker shade of green along the canyon floor. The only exception to the verdant landscape was the rusty red of the sandstone cliffs. Across the canyon, above the rondavels, the skies were blue. To my right, black storm clouds gathered. The scene was the Rainbow Nation’s flag laid out on nature’s canvas.

Following the R532 ever southward, my next stop was Berlin Falls, named by Germans who came to the area in the hope of finding gold. Another traveller pointed out that the falls looked like a candle and, with a little imagination, I could see that the narrow chute where the Sabine River pours over the cliff did indeed look like a wick with the resulting spread after the water hit a shelf being the waxy body.

At 80 metres high, Berlin Falls are slightly smaller than their near neighbour, the Lisbon Falls, so-named because – you’ve guessed it – prospectors came out from Portugal to try their luck. I was recently told that watching waterfalls is good for the soul as we transform into positive energy, the negative ions released by the action of water hitting water. I certainly enjoyed the effects of both Berlin and Lisbon Falls. What better preparation for crossing back over the R532 and heading for God’s Window?

At such an altitude there is a risk of reaching God’s Window and finding that the cloudy curtains have been drawn. As I drove the ten kilometres from the main road to the car park for the viewpoint, I knew it would be a race against time as a misty blanket was rolling slowly down the canyon. On this occasion the Almighty won. There was nothing to see but, of course, that simply means that I have an excuse to go back one day for the iconic canyon views. The Three Rondavels and God’s Window top and tail the Panorama Route through Blyde River Canyon. At least I had been able to marvel at the former. How’s that for waterfall-driven positivity?

I could have driven back to Johannesburg that night, but it would have been another four hours from Graskop at the southern end of Blyde River Canyon. Not wanting to be on the roads for so long in the dark, I had arranged to stay locally. And was I ever glad that I did?

With so much to do in Blyde River Canyon, I found myself wishing that I had allowed more than one day to explore the area before heading back to the big city. On the other hand, at least I had seen some of its spectacular views, sampled its gold-mining past and hadn’t bypassed it altogether, like so many do.

Want to see the Blyde River Canyon for yourself? G Adventures can get you there. Check out our small group tours to South Africa here. 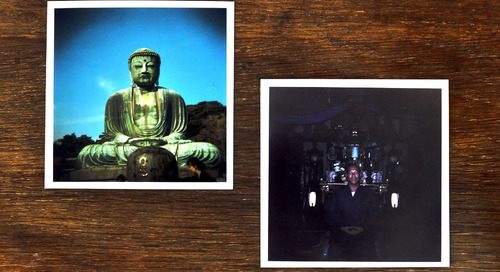 One of the best things about taking an analogue camera on the road? The conversations it'll start 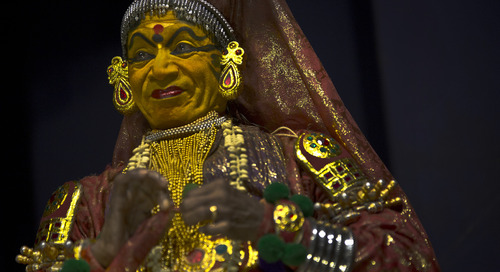 The origins of some of the world's most beautiful dances

Learn a bit more about the flamenco, the kathakali, and the tango