Home » The Looptail, The Travel Blog Powered By G Adventures » How to travel with lo-fi cameras
× Share this Article

I have a Nikon DSLR and I’m not terrible at using it. Yet it usually stays on the shelf when I’m packing a bag to go on a trip. I tend to reserve the suitcase room for a relatively low-tech analogue camera instead — my Holga, one of my trio of Polaroids, or my Lomo’Instant.

I got hooked on retro-style film cameras sometime around the mid-2000s, when the Lomographic Society rebelled against the dominance of digital by re-releasing old photographic gear — while also celebrating the wonky-looking images the outmoded cameras produced.

When I started travelling with my Holga cameras, the shortcomings were obvious. They’re plastic, and they break (I’m on my third Holga). They take 120 film, a format that’s headed for extinction, so good luck finding a place that can develop prints, especially if you find yourself somewhere other than a big city. And the photographic results are unpredictable to say the least.

Yet these attributes could all be viewed as virtues, if you squint a certain way. While a lo-fi camera may not offer the convenience of your phone or the picture quality of a DSLR, let’s be honest: You’ll probably never make your jpegs into prints. They’ll forever just be files in the cloud.

Taking pictures on film means you’ll end up with prints — tangible souvenirs that make far better keepsakes than digital images. For travellers, there are other benefits to analogue photography that go beyond the obvious. For one thing, you’re more likely to break or lose a piece of photographic gear while away from home. When the unfortunate happens, it’s a blessing that lo-fi cameras have a relatively low replacement value. The cameras I’m talking about here aren’t universally cheap — the Leica Sofort instant camera runs about US$300 — but most of them aren’t too bad. You won’t shed as many tears over a lost Holga as you would say, a high-end Canon DSLR … or your phone.

As well, losing a DSLR can mean the disappearance of an SD card jammed with weeks’ worth of memories. Yet if a pickpocket swipes your 35-millimetre camera, he’ll take away 36 of your precious film exposures at most (as long as you keep your film and cameras in separate bags, which you should).

Speaking of film, a hidden benefit of clunky cameras is that they force you to run errands — and yes, that’s a feature, not a bug: I personally enjoy having tasks to perform during trips, because they lead to exploration and chance encounters — like the chatty, funny Turkish brothers who saved my life (or at least a travel-journalism assignment) at their photography store in Vienna, or the time I discovered a fun little Americana-themed hot dog stand in Tokyo next to one of the few shops where I could find 120 film.

Which leads me to what is probably the best thing about travelling with lo-fi cameras: They’re effective tools for making connections with people. They’re conversation starters. If you carry around a brightly coloured plastic camera, take it from me, lots of people will just stop and ask you if it takes pictures underwater. Even if the answer is no (are you kidding, my Holga is fragile enough on land), you’ll find yourself having a pleasant talk with a local. Thank your camera for making the introduction. Most important of all: If you have an especially meaningful encounter with someone in your travels, an instant camera can help you both preserve the moment. Take two selfies, keep one to bring home, and give the other to the person you’ve just met. You may not have made a friend who will last the rest of your life, but you’ve got a snapshot that will.

And now for some suggestions of retro cameras to try.

Cameras that use film you have to develop:

The Lomo LC-A, available from Lomography.com, started the whole retro photography movement. The little 35-millimetre point-and-shoot originated in Russia in the 1980s and it takes photos that aren’t just saturated with colour, they’re soaked. It’s small, with a relatively large price of around US$200 for the basic model, but it’s the lo-fi camera that many enthusiasts prize above all others.

There’s a plethora of more affordable low-tech cameras to choose from at Lomography.com, but my personal favourite is available much more widely. Google around and you’ll easily find places to buy a Holga. The 120 film it uses is same square format that art photographers load into their high-end Hasselblads and Mamiyas — but with unruly results, in the case of the Holga. Images may be strangely blurred, distorted, and criss-crossed with streaks of unexpected light. To Holga-heads, the unpredictable imperfections are the beauty of it.

An especially flamboyant option among plastic cameras is the Blackbird Fly, from Japan. It sports two lenses, like the cameras of the early 20th century. However, it takes relatively modern 35-millimetre film, and comes in a number of eye-catching colours. If you’re really committed, consider finding a vintage 35-millimetre rangefinder camera. Rangefinders were the precursors to SLRs, and there are plenty of working examples from the 1950s and ’60s in vintage stores, pawn shops, and so on.

Yes, Polaroid makes instant cameras again. Vintage photo geeks have pushed up the prices on the old survivors, so put nostalgia aside and get a new-generation Polaroid OneStep+ or OneStep 2. They have more features and take better photos than the Polaroids of old anyway. Beware that Polaroid film is now very expensive — expect to pay US$20 for an eight-shot cartridge (and if you’re old enough to remember when Polaroids were a thing the first time around, you’ll know that you always burn at least one or two photos just fooling around).

Fuji’s Instax instant film is more affordable than Polaroid’s, so you’ll save a lot of dough if you can find an Instax camera that works for you. Alas, many, but not all, Instax cameras are aimed at tweens and teens, and look the part. Lomography’s Lomo’Instant cameras take Instax film but are more mature-looking, and offer a few extra features to boot — maybe too many, given how often I mess up a shot by using the wrong settings on my Lomo’Instant Sanremo.

Finally, fans of classic square-format cameras who want instant gratification will appreciate the Diana Instant Square. It offers the aesthetic of the traditional Diana — a similar camera to the Holga — but it takes Fujifilm Instax Square cartridges. In terms of convenience, cost, and all-around fun, this could be the Goldilocks option for anyone who’s starting out with lo-fi camera gear. 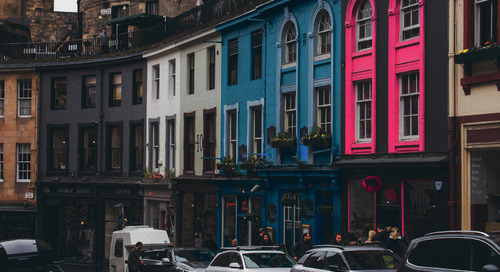 The best way to spend a day in the Scottish city 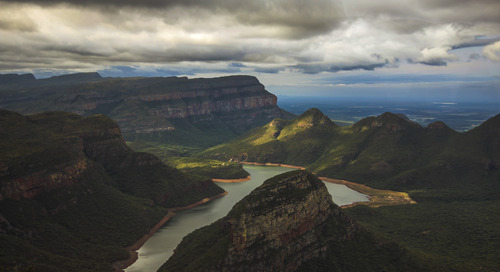 The South African landmark boasts some of the most dramatic scenery in a country blessed with world-class v...