Home » The Looptail, The Travel Blog Powered By G Adventures » Everything you wanted to know about yurts
× Share this Article

Everything you wanted to know about yurts

Sandwiched between Russia and China, Mongolia’s biggest claim to fame in the West is its former ruler, Ghenghis Khan. Born with the name Temüjin, Khan undertook a series of brutal, aggressive military campaigns that claimed an extensive part of Asia under the Mongolian banner. The Mongol Empire was, as of present day, the largest contiguous land empire in world history, with hundreds of millions of people within it.

Mongolia was a nomadic society from its inception, so a trip to the country yields few tangibly historic sites to visit. Karakorum, the capital between 1235 and 1260, is all but gone; its ruins now sit within Harhorin’s Erdene Zuu monastery with a lone stone turtle statue the only vestige from Khan’s Royal Court.

To understand Mongolia, then, you must look in part to its traditions and its people. And an important part of Mongolian life is the yurt (called a ger in Mongolia), often set up under the wide-open skies of the Gobi desert.

Parts of the ger

The Mongolian ger is a round dwelling that is sturdy, yet transportable when needed. Its skeleton is made of interlaced lattices of wood, customarily covered in felt. It is delightfully self-supporting. Unlike tents, a ger does not rely on ropes or stakes. Beautiful laws of physics keep the ger standing; its roof ring and roof hole, wooden beams, and tension bands hold it steady and solidly in place. Yurts and gers have been the main dwelling of nomads in Central Asia and Mongolia for thousands of years, designed to withstand the crosswinds of the steppe.

The ger is almost entirely closed to the outer elements, with the exception of the door. The slanted, aerodynamic roof means that the winds of the desert roll off instead of meeting resistance and damaging the structure. During warmer times, the roof hole can be left open and the walls pulled up around the structure, allowing for a comfortable cross-breeze. Mongolian nomads also build their fires in the centre of the ger, opening the roof hole or piping the stove to ventilate the structure.

The ger is set up so the door faces south, with the inner portions reflecting different roles. The eastern side of the ger is for men, with their tools and saddles and clothes. The western part of the ger holds the women’s belongings, the kitchen area (of course), and was also where I stayed when I visited Mongolia. Each side of the ger has its own tiny sleeping hearth.

The walls, which are called the khana, resemble criss-crossed gates. At their end, they are attached to the door frame (haalga), which can include a door made of wood, or simply a flap to cover the space left by the frame. Atop the khana is a crown or roof ring, which is in the middle of the ceiling. The crown is passed on from father to son, long outlasting the rest of the ger’s structure. Underneath the roof ring is the hearth, often with a smoke pipe for the smoke to leave via the crown. I was expressly told that one cannot point their feet at the hearth, nor sleep with their feet pointing anywhere but the door. The roof ring has holes for long rafters (called uni) to slot into. Unlike in Western structures, rafters don’t carry much of the ger’s weight.

In the centre of many larger gers are bagana, two centre poles that are decorated with intricately painted patterns, which go from floor to ceiling. Walking between them brings bad luck, as it creates an inauspicious break between the openness of earth to sky. I was also told that it was rude to lean against any of the centre poles, but I can see this being a practical, as well as cultural, recommendation!

Tension bands that wrap around the outside of the “belly” of the walls — to keep the weight and pressure of the roof wheel and rafters in check. Without the bands, the roof could collapse inward and the walls may buckle outward. The bands keep the rafters securely in the roof wheel, and the walls in place. Traditionally, these bands were made of rope or woven cloth. Felt, made from the wool of sheep, goats, or yaks (depending on what the nomad family owns), is used to cover the khana and keep the family warm.

When I visited Mongolia, I asked the family I stayed with about their nomadic patterns. They said that so long as they stayed within the state they were born, they were able to camp and set up their gers wherever they could. They told me that they moved with the seasons and available land for their animals to graze, usually three to four times per year.

In doing so, the gers were ideal because they could be broken down very quickly, and dispersed atop the horses or camels that the family used to transport their belongings.

Use of gers in history

Gers are not a modern invention. History books have documented their use from Siberia during the Bronze Age through the 400–500 BCs, where the Scythians — who inhabited the Black and Caspian Seas — benefitted from the ger’s portability as they roamed the region.

During the Mongol Empire, Genghis Khan used his ger as central command. When he moved, it was mounted on a huge, wheeled cart hauled by ox. When stationary, it was guarded by his soldiers and cavalry. Source.

Explorer Marco Polo detailed the gers used by Central Asians in the time he lived with them, between 1274 and 1291:

“The Tartars [a Turkish-speaking tribe of the Mongolian Steppes] have circular houses made of wood and covered with felt, which they carry about with them on four-wheeled wagons wherever they go. For the framework of rods is so neatly and skillfully constructed that it is light to carry. And every time they unfold their house and set it up, the door is always facing south.” Source.

As with the history of fish sauce and chilies, with the Mongol expansion came the use of gers in new territories then controlled by Khan.

While the influence of China and the former-USSR is found within Mongolia, many of the country’s inhabitants still live in gers today. When driving through the capital of Ulaanbaatar, I saw Soviet-style apartment blocks adjacent to gers in the centre of town. The ger is, of course, more than a simple house. Despite modernization of Mongolia, the ancient structure speaks to cultural background and lifestyle, as well as a place to share meals.

G Adventures runs a number of departures in Mongolia encompassing a wide range of departure dates and activities to cater to different tastes. We’re thrilled at the prospect of showing you this big blue planet of ours — check out our small group trips here. 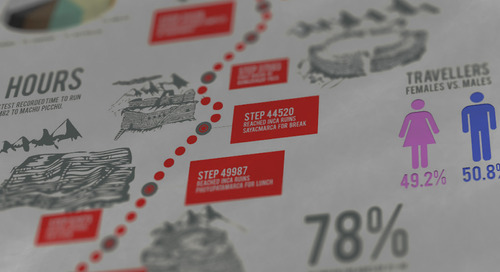 Step by step: An illustrated map of the Inca Trail

How many steps does this arduous and awe-inspiring journey demand? G Adventures' very own Sean Russo laces ... 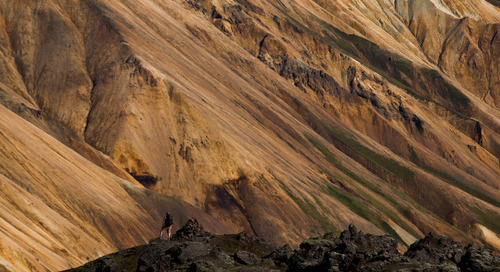 Viking voyages, family feuds, and epic battles. Let these famous texts welcome you to the adventure of Icel...