Home » The Looptail, The Travel Blog Powered By G Adventures » The sagas of Icelanders
× Share this Article

Twenty-seven kilometres south (16 mi) of Selfoss, we find “the gas station in the middle of nowhere,” where our directions say to turn left. Our destination — a wee timber-frame cottage smack in the middle of a remote moss-and-heather–draped lava field near Hella, Iceland. The last kilometre, our two sons evacuate the back seat and squeeze into the front so our mid-sized hatchback doesn’t drag along the black volcanic dirt track. With every muffler scrape, we ponder the merits of this road less taken. However, when the cottage’s front door opens, thanks to a key found under an elf carving on the back deck, all reservations evaporate.

The snow-streaked 1,488m (4,881 ft) peak of Hekla, one of Iceland’s most active volcanoes, dominates our 270-degree view. It’s a panorama untouched by progress since an anonymous 13th-century writer inked the story of the first Vikings to settle here in 900 AD. Long before J.R.R. Tolkien found inspiration for his fantastical middle earth here, just before Geoffrey Chaucer was penning The Canterbury Tales in Middle English, Njála Saga, the jewel of the 40 Sagas of Icelanders, was being committed to parchment. We find a 1960s translation by M. Magnusson and H. Pálsson on the bookshelf.

Njála Saga, a.k.a. Burnt Njáll, shares the tragic tale of friendship between prophet Njáll of Bergthórshvolli and the heroic chieftain Gunnar of Hlíðarenda, in one of the most detailed and nuanced accounts of Icelandic life in the Viking age. The Icelandic Saga Centre in nearby Hvolsvöllur reveals more about sites around Hekla that figure in Njála. There’s Seljalandsfoss waterfall, the silt-filled waters of the Markarfljót outwash plain, and the glacier-capped Eyjafjallajökull volcano that shut down transatlantic air traffic in 2010. Still, Njála is just one of 40 ancient family narratives passed down orally from Viking times and finally written down in the 13th and 14th centuries. Others of note include the oldest, Egils Saga and Gísla Saga, which was made into a film in 1984. The Saga of Erik the Red touches on the brutality of the warrior king and his son Leif Erikson’s voyages making landfall on what would become North America — nearly five centuries before Christopher Columbus. Some sagas are touted as literary masterpieces, rivalling the epics of Homer or the genius of Shakespeare.

For outsiders, these sagas might seem a curious bit of local mythology. Still, for Icelanders, they are a conscious part of present-day life. With little foreign influence before the boom in tourism over the past decade, Icelandic lineage has remained remarkably clear. “Many Icelanders are obsessed with genealogy,” says Lloyd Burchill, a Canadian expat who married an Icelander and moved to Reykjavík a few years ago. “Most locals can trace their family roots back over 1,000 years.” Lloyd mentions how in North America we talk about six degrees of separation between people. “In Iceland, we say ‘our people’ are never more than two handshakes away.” And they have the sagas to prove it.

Wood stove glowing, feet on the coffee table, I dive deeper into how the Njáll heroes’ wives clashed in schemes of treachery and violence, while their husbands paid the price. Family loyalty, unbreakable bonds of friendship, bloody clan feuds, reconciliation, and prophecies fulfilled all played out across this titanic panorama of south Iceland outside our living room window. Stunning, harsh, mercurial, ominous, uplifting, otherworldly — the sagas and this landscape both.

G Adventures runs a number of departures in Iceland encompassing a wide range of departure dates and activities to cater to different tastes. We’re thrilled at the prospect of showing you this big blue planet of ours — check out our small group trips here. 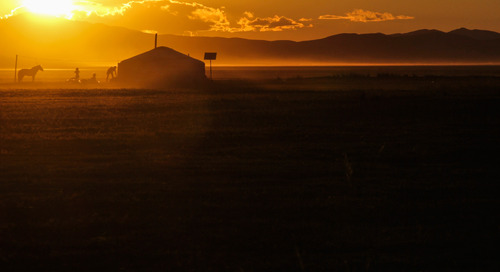 Everything you wanted to know about yurts

From its structure to its history, award-winning travel writer Jodi Ettenberg discusses this emblem of Mong... 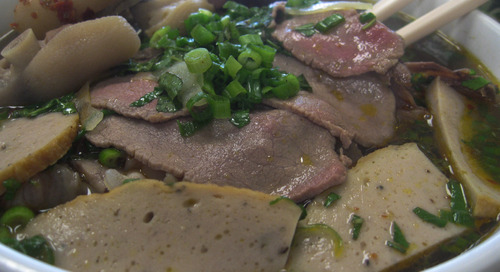