I woke up early and went out to the balcony of our room overlooking the garden where we were staying in Ubud, Bali, to try and get a glimpse of the sunrise. Below, the host mother of our guesthouse moved silently, gliding about the courtyard, placing tiny offerings — known as canang sari — around the grounds of the house: One by the family temple; another at the fountain; one in the shadow of the statue of the Hindu god Ganesh; others placed in doorways and walkways.

Later, when I exited to the street, I noticed that the stairway leading to our room also had an offering placed on it: a thin stick of still-burning incense surrounded by colourful flower petals. Over time, appreciating the placement of offerings would become my morning ritual on the island, which allowed me a closer look at one of the many spiritual aspects of Balinese culture.

From the moment one arrives in Bali, it’s difficult not to notice the canang sari. They’re everywhere: in front of shops and homes, on top of statues, at the foot of temples, sometimes almost right below your feet. If you don’t notice them for their visual beauty, you might catch their scent — wafting aromas from tropical frangipani petals or wisps of incense. With the passage of time, these miniature works of art transform from the holy to the earthly, as the petals and ashes of today are swept and gathered, only to be replaced by the next day’s creations and prayers — a daily reminder of the impermanence of our world.

Although Bali sees a great deal of tourists, these traditional daily offerings and rituals have remained the same for more than 1,000 years. Their creation and placement are both a delight to watch, but canang sari are not made for travellers — or for show. They are integral to Balinese culture and to the practice of Hinduism on the island. They are said to maintain balance and peace on earth, amidst the forces of good and evil, among gods and demons, between heaven and hell.

Creation of the canang: A selfless and deliberate act

Through the traveller’s eye — an unaccustomed eye — the canang sari looks like a woven basket tucked with a decorative collection of brightly coloured items that may appear to have been placed at random. However, placement is deliberate and meaningful.

Every piece in an arrangement is selected for what it symbolizes, or which specific Hindu god it represents. For example, the three major Hindu Gods known as the Trimurtri are often represented in the canang sari by a white lime for Shiva, a red betel nut for Vishnu, and a green Gambier plant for Brahma. The colour and placement of the flowers also bears significance; white petals to the east representing the god Iswara, red petals to the south for Brahma, yellow flowers to the west for Mahadeva, and blue or green ones to the north for Vishnu.

A small amount of money — coins or bills — is often placed atop the arrangement to demonstrate selflessness, which is the core essence of the offering. It’s also common to see food items — such as crackers, cookies, or candies — placed alongside flower petals. Apparently, if canang sari are placed on the street, everything should be edible so that the offerings can simultaneously (and safely) serve the purpose of feeding stray dogs, monkeys, and other animals.

The typical Balinese family compound puts forward a minimum of 15 offerings each day, with extras made for the temple and on special holidays. Each canang sari is unique and assembled based on the feelings or needs of the creator, or whether it is a holiday or special occasion. Each canang sari lasts only one day.

As more women join the workforce in Bali, it’s now common for locals to purchase canang sari from specialized vendors at the local markets. Although this means some of the ritual of creating offerings is lost, women remain the primary overseers of the process, not only in selecting offerings, but also in their placement and accompanying prayer.

The purpose: An offering for balance and peace

The final crucial element of this daily ritual is the prayer, which is said to deliver the sari (essence) of the canang to heaven. For this, a jepun flower is dipped in water taken from a holy spring and is used to sprinkle the canang in a symbolic fusion of earth, fire, wind, and water. Finally, after the palms of the canang’s basket are bound together, a prayer is spoken as smoke from burning incense carries the essence of the offering to the gods.

In Balinese Hinduism, the cosmos is divided into three layers: suarga (heaven), where the gods live; buwah, the world of man; and bhur (hell), where demons reside. The canang sari ultimately serve as a way to demonstrate gratitude and honour to those gods in suarga, who are the creators of life, while appeasing or satisfying the needs of the demons so that they remain where they are, undrawn to the world of man.

The canang sari ritual aims to maintain balance between suarga and bhur so that there may be peace in buwah. Embedded in this belief is a pragmatic understanding that both positive and negative energies exist in the world, yet it’s up to us to seek balance and harmony in our personal lives, the community, and the greater world.

Next time you visit Bali, or see a photograph of a canang sari, you won’t just see a woven box filled with colourful flower petals. Instead, you’ll have a deeper sense of the gratitude and care that went into its deliberate creation, and you’ll understand its purpose: a prayer for peace and balance in our world that is renewed each day.

Want to see Bali's sacred canang sari for yourself? G Adventures offers a number of tours to the region. We're excited at the prospect of showing you more of this big, blue planet — check out our small group tours to Bali here. 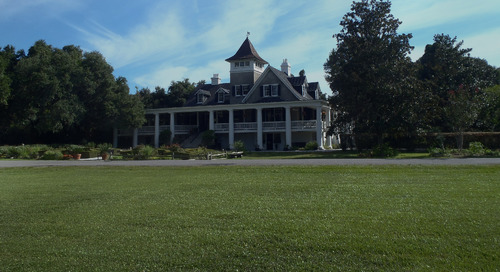 The Southern States: 6 Highlights from the Deep South

From Savannah to the Big Easy, travel blogger Nick Hewitt discovers that Hollywood has prepared him well to... 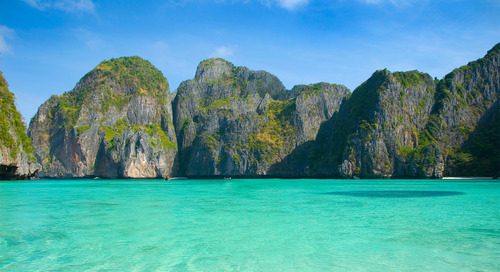 With hundreds of islands scattered through the glittering Andaman Sea and the gorgeous Gulf of Thailand, de...