Home » The Looptail, The Travel Blog Powered By G Adventures » Exploring beer's spiritual side in Belgium
× Share this Article

Exploring beer's spiritual side in Belgium

Belgium is a funny place. The majority of Belgians still consider themselves Catholic, but that identity is now almost entirely cultural, and huge, elaborate churches remain largely empty. The biggest Christian event is the Lenten in Binche, from whose excesses, some claim, the English term binge is derived. Meanwhile, Belgium’s best-known monasteries are renowned less for their religious significance than for the great beers that are named after them — the ideal excuse for a modern, secular pilgrimage.

Belgium’s wide variety of brewing styles have the country often cited as one of the world’s top beer destinations. But what really sets it apart are its Abbey-style brews, mostly top-fermented with bold, clean characters. They’re easy-drinking — but with a diabolically high alcohol content. Somewhat spuriously, the history of these beers is commonly traced back to St Arnold, the patron saint of hop pickers. From 1080, his abbey brewed low-alcohol beverages that were far safer and more sanitary than drinking water at the time.

In the intervening centuries, a lot has changed. Many brew-abbeys were demolished and rebuilt numerous times, most notably during the 1790s, when the anti-religious aftermath of the French revolution led to the destruction of virtually all religious communities. It was only in the 1830s that a small monastic brewing movement re-emerged, with beer making sometimes used as both a symbolic example of modest labour and a way to help fund the reconstruction of the lost religious buildings. This funding model was reused several times, including after both world wars.

“Abbey beer” is now used as a blanket term for monastic-style beverages, often made by commercial brewers using traditional recipes. Some of these beer makers are small and local, while others are now owned by giant multi-national brewing corporations (the latter being the case with Leffe, which is owned by AB InBev, and Affligem, owned by Heineken).

However, Belgium’s most celebrated Abbey beers are still brewed within the Trappist monasteries for which they are named: since 1997, the term “Trappist” has been a recognized trademark for a very select series of products from a few monastic institutions. Until the last decade, almost all were Belgian.

When paying homage to any great religious relic, one typically gets close to the object of veneration — but never close enough to touch it. The same applies to Trappist beer monasteries: pilgrims can visit, but they can’t go inside. To limit disappointment, most abbeys have their own tasting rooms on-site or in the vicinity, with other appealing attractions — hop-based or otherwise — to add zest to a visit nearby. There are six such Belgian beer-monasteries thirsty tourists can investigate:

Arguably the most picturesque of Belgium’s Trappist abbeys, the Orval monastery was originally established in 1132. Beer has been brewed there since 1931. Orval’s beer (www.orval.be) is only commercially available in a single, highly recommended variety, but a second lighter brew — otherwise reserved for the monks — is also served to visitors at the abbey’s café–restaurant, a l'Ange Gardien.

Celebrated Chimay beers (www.chimay.com) actually come from the lonely Abbey of Scourmont, established in 1871. The site was donated to monks by the landowners of a feudal castle located 7km (4 mi) north, in Chimay village. The monastery’s range of beers has recently expanded with the marketing of the Doree light beer, formerly only available at the monastery’s café. Also brewed at Scourment is Mont des Cats, a gorgeous, mid-strength blond beer.

Westmalle’s first monks arrived in 1794, originally planning to flee to the United States to avoid the French Revolution. The monks were persuaded to stay in Flanders, at the then-tiny farmstead of Nooit Rust between Antwerp and Turnhout. By 1836 this had grown into a full-blown abbey, though its slightly austere red-brick architecture only took its present form around 1900. The brewery and monastic buildings are not open to visitors, but across the road the specialist Café Trappisten serves Westmalle’s two classic brews, and visitors can watch a short video about the abbey there before taking a walk around the monastery’s perimeter. Of all Belgium’s Trappist beer-monasteries, Westmalle is the easiest to reach by public transport, with Antwerp bus 410 stopping outside every half an hour.

Though it claims a tradition of beer-making that dates back to the 16th century, the Abbaye de St-Remy’s brewing history has seen fits and starts. The Rochefort 8 and Rochefort 10 beers for which it is justifiably renowned, only emerged in the 1950s. Today, the abbey is a quiet, meditative place 3km (1.9 mi) north of Rochefort, a quaint castle town whose subterranean cave system, the Grottes de Lorette, is a fabulous geological wonderland.

Right on the Dutch border, Sint Benedictus Abdij makes Achel, which is by far the newest of the Belgian Trappist beers (albeit still a grand old lady in comparison to the new string of foreign Trappist-style beers being produced in Austria, the United States, Italy, and the Netherlands). The abbey welcomes more conventional spiritual worshippers to join the monks in prayer (by arrangement), though beer-lovers can still try communicating with the divine by sampling the remarkable selection of beers sold at the associated café–shop.

Westvleteren beers are Belgium’s rarest, most celebrated Trappist brews, with the glorious Westvleteren 12 — which comes in an unlabelled bottle — regularly topping polls for the world’s best beer. The brews are made at St Sixtus Abbey, which sits quietly in the flat, emerald green fields of West Flanders. The abbey itself is the only place where you can (officially) buy cases of Westvleteren 12 — and even then, only by a fiddly process of pre-booking your purchase through a dedicated “beer phone.” Alternatively, you can drink it by the glass across the road at the abbey’s In de Vrede café. The café is only open Saturday to Wednesday, however, so you can always seek out easier-to-find St. Bernardus, a Watou beer made with an almost identical recipe.

Beer lovers visiting Belgium aren’t only confined to Trappist brews. A number of non-Trappist, super-creative beers are available in the country, signalling Belgium’s unwillingness to stand on its hoppy laurels.

Just 5km (3 mi) from St Sixtus, the village of Oostvleteren is home to the Vleteren craft beer festival and to tiny but world-renowned Struise Brouwers. Their brewery, almost comically invisible behind a partly boarded-up, unsigned façade with a monk statuette, only opens on Saturday afternoons. But it produces some of the most eccentric craft creations you’ll find anywhere, including the unmatchable Black Damnation series. There’s usually a selection of Struise’s liquid experiments —near-impossible to find anywhere else in the world — to be tasted in the superb beer café ‘t Molenhof near Oostvleteren’s dinky windmill. The café keeps a dozen mostly rare beers on tap, and around 200 more in bottles in stock, including virtually every Trappist beer — except, of course, Westvleteren.

The craft beer movement is growing. Twenty family brewers in Belgium have formed an association, with many now following global craft beer trends, and experimenting with a range of techniques and ingredients. In the Senne Valley near Brussels, new life is being blown into the spontaneously fermenting lambics whose sourness once made them unpalatable to most outsiders. Toward Tournai, Dubuisson’s 1769 steam brewery at Pipaix is a holy grail for beer fanatics on brewing day. Near Geraardsbegen, a town famed for its peeing boy statue that locals claim pre-dates Brussels’ Mannekin Pis, a series of DIY cycle tours take visitors through pretty rolling country to a series of local breweries, including loveable Van den Bossche in St-Lievens-Esse, and excellent de Ryck, hidden behind a pharmacy opposite Herzele’s moated castle ruin.

Then there’s the growing passion for saison beers, which are fresh, mid-strength blond beers originally made in winter for summer consumption. These are pioneered by Dupont and more recently championed by prizewinning DuBocq, who also sub-brew for the excellent Fagnes brewery. And then there’s a whole new raft of far hoppier IPAs — which, in their Belgian form, typically retain much of the sneaky alcoholic vigour of an abbey beer but with a refreshingly moderating bitterness. An impressive early example is La Chouffe’s Houblon, but many big brewers are now following suit, with even Leffe joining in through its Royale range, each featuring a specially selected combination of named hop varieties.

Traditionalists take comfort: Trappist tradition still reigns in Belgium. But whatever your taste in beer, the country has created something sure to satisfy.

G Adventures' Belgian Beer Tour highlights the best of Trappist and Abbey beers in the country. It's a perfect getaway for history-buffs and beer-lovers alike. Take a look at the Belgian Beer Tour's itinerary here. 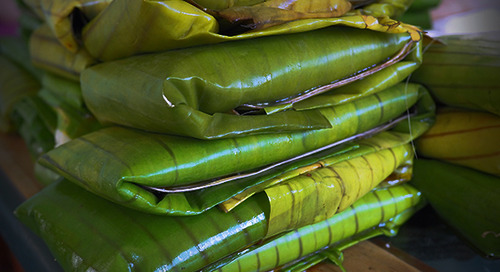 Origins of food we love: Tamales 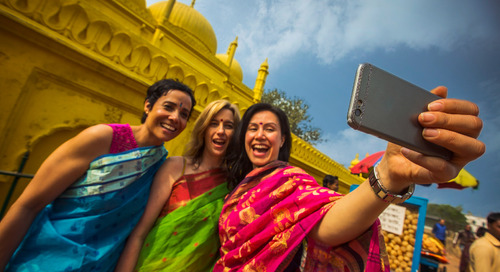 How travelling makes you happy