Home » The Looptail, The Travel Blog Powered By G Adventures » Origins of food we love: Tamales
× Share this Article

Origins of food we love: Tamales

I did not truly discover the glory of tamales until I moved to Mexico. Sure, I had seen tamales before I made it here, and I even tried one or two along the way: once from a lady on the subway platform in New York who shouted “tamaaaaale” at me when I hurried by, late for work, and another while wandering Spanish Harlem, an oily masa mess clumped around an insipid piece of chicken. Neither sung loudly, and I abandoned my tamale quest and focused on tacos and pozole soup when I craved Mexican flavours.

In 2016, I moved to Oaxaca and realized that I’d never given tamales a fair chance. Every vendor has their own recipe and fillings, which differ based on where they’re located and what time of year it is. And instead of that oily, vaguely soggy version I tried in New York City, each and every tamal (the correct singular form, though English-speakers commonly say “tamale”) that I’ve tried has been an explosion of taste and texture: corn dough, moistened with pork lard and stuffed with meat, mole sauce, or herbs.

On my first day in town, I told a tamal vendor that I had moved to Oaxaca to eat, and that hers would be my first tamal. “Don’t worry,” I said with mock seriousness, “it won’t be my last.” She smiled and gestured at my hips, laughing. “You’ll be five sizes bigger if you keep eating them,” she said. With all of the pork lard, plus additional lard used in the frijol (beans) and often the mole sauces that fill each tamal, she wasn’t wrong. Undeterred, I decided to eat my way around the city, with special attention to the tamal, a dish that stood the test of time.

Where do tamales come from?

The word tamal derives from the Nahuatl tamalli, which means steamed cornmeal dough. Nahuatl, the language of Aztecs, was spoken as early as the 7th century, but tamales existed long before then in Mesoamerica. Historians believe that the tamal may have originated as early as 8000 BC to 5000 BC. It was (and remains) a perfect foodstuff to prepare in large quantities, easy to pack up for travel, and had the added bonus of helping small quantities of meat or fruit last longer, and feed a larger number of people. The Maya even had a hieroglyph for the tamal, which highlights just how important it was for pre-Hispanic civilizations.

In (Celebraciones Mexicanas: History, Traditions, and Recipes)[http://celebracionesmexicanas.com/], the authors note that “preparing tamales is a ritual that has been part of Mexican life since Pre-Hispanic times, with special fillings and forms designated for each specific festival or life event.” They cite historian and Franciscan monk Bernardino de Sahagun, who wrote about how festivals in 1590 saw Aztec women preparing tamales, which were passed around in a basket and always held and eaten with the left hand. In Sahagun’s texts, the tamales’ fillings ranged from honey or beeswax to turkey eggs to fruit — and so much more.

As with the beloved dumpling and its many varieties, each region and culture had its own fillings for tamales. Pre-Hispanic tamales were moistened with avocado or other plant oils, since the Spanish conquistadors had yet to import the pig. For the Aztecs, tamales were filled with available plants and animals such as turkey, frog, salamander, fruit, squash, or beans. Among other things, the Maya filled their tamales with roasted squash seeds and squash blossoms, beans, turkey, deer, and fish. Both cultures reserved the more decadent sauces and cuts of meat for festivals, wrapping them elaborately when the occasion warranted it.

Though tamales originated many centuries ago, they remain a huge part of culture in Mexico, as well as Central and parts of South America. In Mexican Spanish, the colloquialism “hacer de chivo los tamales” means that someone may be cheating on you: It translates essentially to “they’re making your tamales out of goat,” which is not a customary tamale filling.

There is a dizzying amount of tamales in today’s Mexican diet, the fillings of which are differentiated by region. The drool-worthy book Tacopedia lists 28 tamal options, and these don’t even include Oaxacan moles like Amarillo, verde, or mole negro, nor herbs like chepil or hoja santa.

Per Karen Hursh Graber of MexConnect:

“The great variety of tamales has carried over to this day; ethnographers have counted forty-two different kinds, including the famous zacahuil prepared by the Huastecan people. This tamal is 3 feet long, weighs about 150 pounds, and requires most of the leaves of a banana tree to wrap it. The zacahuil and the muchipolloof the Yucatan are exceptions to the tamal-making rule in that they are baked either in the ground or in a bread oven rather than being steamed. Other unique tamales are the pastel-colored versions prepared by the Otomi people near San Miguel de Allende and the fresh fish clapiques of the coast, which have been prepared since the time of Moctezuma II.”

Over time, the tamal has changed with geography and available plants and animals. Wrapped in either corn husks or leaves from the banana or avocado tree, today’s tamal is a corn dough outside that is hand pressed into a tube and filled with meat, chilies, cheese, beans, or fruit, then wrapped in a corn husk. In Oaxaca, square-shaped tamales filled with black mole are steamed in banana leaves, tied together with twine.

Tamals are eaten daily in Mexico, but during festivals, their consumption skyrockets. From Candlemas in February to Day of the Dead and Christmas in the late fall and winter, tamales are a part of celebrating with family. Unlike the festival tamales during pre-Hispanic times, tamales with special fillings are no longer reserved for noteworthy occasions. Now, the making of tamales has become a community affair in and of itself, one rooted in thousands of years of eating.

For those who want to make one at home, here’s a recipe for my favourite local tamal, which features rajas peppers and quesillo, an Oaxacan cheese.

G Adventures runs a number of itineraries to Mexico and elsewhere in Central America, which highlight the culture, history and — yes — food of each unique region. We're excited to show you more of this big, beautiful world we live in. Check out our Central American itineraries here. 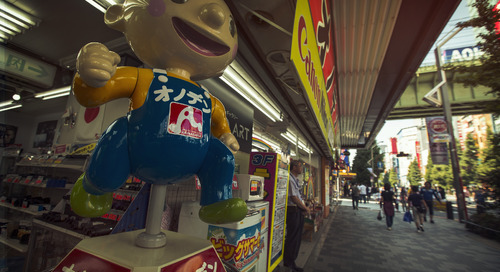 6 unique experiences to seek out in Tokyo

Join travel blogger Nellie Huang on a journey to uncover some little-known attractions and activities in Ja... 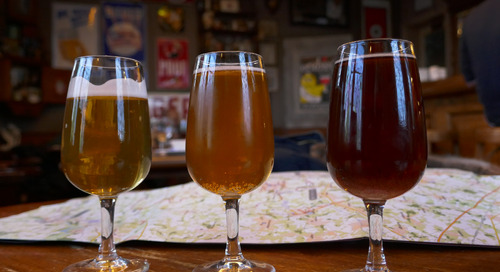 Exploring beer's spiritual side in Belgium

Trappist beers — brewed at monsteries — are one of Belgium's most famous exports, but the beer-making count...