Home » The Looptail, The Travel Blog Powered By G Adventures » Fire up all five senses on an Iceland tour
× Share this Article

Known as the land of fire and ice, Iceland is an explosion of sensory wonders. From geothermal cauldrons to the ethereal glow of the Northern Lights, we’ve gathered a bunch of our favourite Icelandic things to experience. Grab a hunk of hákari (or not!) and pore through our not-to-be-missed foods, activities, sights and olfactory delights.

All of the waterfalls: Seljalandsfoss. Goðafoss. Skógafoss. Pronunciation aside, it’s easy to see what all the ‘foss’ is about in Iceland because you get a waterfall and you get a waterfall and… well, you get the picture. There’s the one you can walk around (Seljalandsfoss), the most powerful (Dettifoss), the most popular for its beauty (Gullfoss) and one where the water flows over rivulets on a lava field (Hraunfossar). You can try and chase them all but there are more than 10,000 to gawk at so you may want to stretch it over a few trips.

Volcanic activity: Erupting geysers! Active volcanoes! Lava fields! It’s not called the Land of Fire and Ice for nothing. Iceland sits on a rift that separates the tectonic plates of North America and Eurasia. It's a lot of pressure but it's what made all of that natural beauty to behold in narrow fjords, volcanic basalt columns, black sand beaches and icy blue lagoons. Don’t miss Strokkur as it sprays boiling water high into the air every 4 - 10 minutes.

Northern Lights and the Midnight Sun: Which solar sensation do you choose? Timing is everything when it comes to these cosmic marvels. It needs to be dark for the Northern Lights and Iceland’s high latitude makes that almost impossible from mid-April to mid-August. As a natural and elusive phenomenon, luck is a factor but your chances improve in winter. As for the Midnight Sun, when epic sunsets last for hours on end, the peak is summer solstice around June 20 - June 22 but you can expect long days from March to September. Think of what you’ll see and do with all that extra daylight!

Skyr: It looks like yogurt and is eaten like yogurt, but Skyr is actually a fresh sour milk cheese that’s fermented for 12 hours. Popularized by brands like Siggi’s, it was originally used to preserve meat and fish. Some adventurous Viking discovered that the sour whey byproduct was delicious in its own right and now you can enjoy it plain, fruit-topped or in baked goods. Yum!

Hákari: Let’s be honest, some things don’t belong in your mouth and this is one of them. But maybe you’re a kindred spirit of the adventurous soul above and need to try fermented shark? After the fish is buried in a shallow hole for two months, the meat is cut and hung for another three to four months until it’s ripe with an ammonia-meets-rancid-cheese smell. The late Anthony Bourdain described it as “the single worst, most disgusting and terrible-tasting thing” he’s ever eaten so don’t say we didn’t warn you.

Geyser bread: Known for tapping geothermal activity to heat and power their homes, the Icelandic people took it a step further to bake bread underground. Using passed down traditional recipes, they dig one-foot deep holes in geothermal areas. Dough is poured into a round pot or milk cartoon and buried to slowly steam bake for 24 hours. The oven stays at 100 degrees Fahrenheit and the end result is similar to a dark rye bread from Scandinavia. Pair it with a thick dollop of butter or another Icelandic specialty called hangikjöt which translates to hung meat. (It’s just tasty smoked lamb.)

Wild scents of Iceland: Craving a lot of really clean air? The wind will bring it to your face for free. As home to majestic fjords, waterfalls and glaciers, the air is often filled with the verdant scents of moss, sea spray, wood smoke and Icelandic birch. Breathe in deep and feel rejuvenated.

Bottled scents of Iceland: If you want to take Iceland home with you, tuck into Fischer in downtown Reykjavik. It's a cozy aromatherapy shop in the former music studio of Jónsi, otherwise known as Sigur Rós’ frontman. Together with his siblings and extended family, he created a mini-museum documenting Icelandic history through scent and sound. Inspiration comes from the world outside their door like snow-covered mitts, strong headwinds, pillows of moss, fresh cut grass and the salty sea.

Rotten eggs: When you consider that the land regularly vents and bubbles — it’s not rude to say that Iceland sometimes smells like farts. Sulphur is an expected top note at geysers and gaseous fumaroles, but you’ll also catch a strong whiff when showering. Hot water is fed from geothermal power plants but thankfully it doesn’t taste like rotten eggs. On the flip side, cold tap water is spring fed and crystal clear so fill your reusable bottle before heading out.

Hallgrímskirkja pipe organ: What do 5,275 church organ pipes sound like? Head to the iconic Hallgrímskirkja in Reykjavik to find out. It’s a hilltop Viking church that takes its design influences from the polygonal shape of volcanic basalt columns found on the coast. Casually pop in to hear the bellowing pipes and then head up to the observatory to take in the sights and sounds of the capital city.

Deep whale blows: Seeing a whale surface is pure joy but you’ll often hear their deep exhalations before you spot the arch of their back or tail flukes. From places like Akureyri, you can head out on whale watching excursions to look for Minke and Humpback whales among others. An abundance of krill and fish bring the so-called Eyjafjörður Humpbacks to the region each summer which means a greater likelihood of seeing and hearing these gentle giants from your boat.

Tiny magical creatures: While elves, trolls and Björk probably spring to mind, we’re actually referring to Atlantic Puffins. Before we move on, did you know that a majority of Icelanders refuse to deny the existence of hidden folk? It’s true due to their rich folkloric history. As for tiny creatures you can see and hear, more than half of the world’s Atlantic Puffins breed in Iceland from spring to fall. Listen for the male’s toy chainsaw mating calls in places like Borgarfjörður harbour where there’s a viewing platform.

Soothing hot springs: The Blue Lagoon near Reykjavik is as iconic as a hot spring gets but Iceland has plenty of other places to dip your well-travelled bones. Soak in the mineral-rich waters at Mývatn Nature Baths, visit the Secret Lagoon (known locally as Gamla Laugin) or hit the hot springs at the end of hike to Reykjadalur. It’ll be much appreciated after a long day of blissful adventuring.

Icy beach diamonds: At the Jökulsárlón glacier lagoon and nearby Diamond Beach, you can cruise past icebergs and touch shiny chunks of ice washed up on the black sands. The icebergs are typically 30m high and glow white and bright blue. Harbour seals are often found resting on the ice floes which you can see from amphibious or zodiac tour boats.

The raw power of Dettifoss: We started with waterfalls and we’re going to end on waterfalls. Dettifoss is a beast and gets special mention for its rank as the most powerful waterfall in all of Europe. You’ll love feeling the thunderous roar of 96,500 gallons flowing over its edge every second. This milky brown cascade is fed from the mighty Vatnajökull glacier which is the largest ice cap in Europe by volume.

Ready to fire up all five senses with a tour of Iceland? We've got lots of good ones like:
Best of Iceland - Plus
National Geographic Journeys Explore Iceland
Iceland Upgraded
Wellness Iceland
Trekking Eastern Iceland 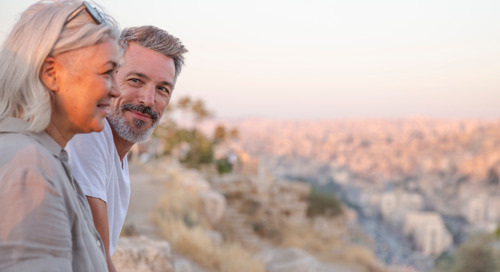 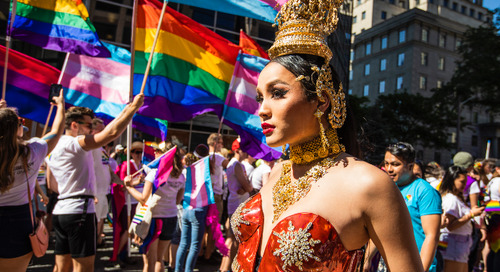