The first thing I notice while exploring the Tbilisi, the quirky, cobblestoned capital Georgia, is the overwhelming scent of cat urine mingling with freshly-baked bread. Later one, I realize the acrid, yeasty smell that curled my nostrils might be a pertinent metaphor for Georgia itself, a country so full of surprises that it’s impossible to not be both confused and delighted at every turn.

Thanks to Herculean efforts from the Georgian National Tourism Administration, the former crumbling post Soviet country has been repainted with a veneer of cool. Georgia’s currency as a tourist destination has climbed steadily over the past two years. In 2018, Georgia welcomed 8 million tourists, representing a 10% increase from the year before. Beyond its bizarre modern architecture, hypebeast street style and abandoned swimming pools repurposed as nightclubs, one of the biggest draws to the country is food. Georgia’s unparalleled hospitality culture intertwines with fresh homemade recipes and an ancient, near-mystical winemaking tradition to create an unforgettable experience.

The exact moment I fell in love with Georgian cuisine was, perhaps embarrassingly, at a hotel breakfast. I wandered downstairs from my well-appointed room at the Rooms Hotel and was met with a charcuterie board so sublime my jet-lag instantly lifted. I spent the better part of my morning spreading thick wedges of brie onto fresh crusty bread, downing smoked salmon so pungent it nearly tasted like bacon, and coffee strong enough my eyes rolled into the back of my head. There was nothing that could be described as either “leafy” or “green” and I sent a silent prayer to the heavens that here, I didn’t have to masquerade as a clean eater.

Georgian food, named 2019’s “cuisine of the year” by hospitality forecaster af&co, is unapologetically heavy. The hallmarks of each meal are cheese and bread, eaten separately or together in the form of khachapuri, a harmonious wheel of cheese-stuffed pastry that bears an ideological resemblance to Pizza Hut’s legendary stuffed crust. Salad exists, technically, in the form of roughly-chopped cucumbers and tomatoes. But more often there is pkhali , a thick spread of ground walnuts and spinach to be slathered onto great hunks of bread; chakapuli, a fragrant lamb soup infused with bundles of fresh tarragon, pickled wildflowers called jonjoli, fragrant rich tomatoes stews dosed with cilantro and parsley; blistered, bubbling pots of sulgoni cheese; and khinkali, fist-sized beef soup dumplings meant to be slurped down utensil-free, the knob of dough later discarded onto a plate to keep track of how many have been consumed in one sitting. The only thing missing is dessert; Georgian cuisine lacks a satisfying jolt of sweet to end a meal, the only contender being churchkela, an energy bar-type snack consisting of a string of nuts dipped in congealed grape juice.

Thankfully, dessert is rarely necessary after the copious amount of wine consumed with every meal. Georgia is home to an ancient winemaking culture that dates back to, allegedly, 6000 B.C. and is finally regaining its footing post-Soviet control. Over 525 grape varietals are native to Georgia but during Soviet occupation, only four were allowed to grow in the region that once bore the reputation of the “Tuscany of the Soviet Union.” Now, winemakers are experimenting with different varietals using the same historic techniques that existed pre-Jesus. Most wine is fermented without any additives (hence the title ‘natural wine’) in qvevris, clay pots buried in the ground, which result in dry, semisweet wines that resemble tart, cloudy apple juice.

Despite its heft, nothing about Georgian food feels actively unhealthy. Dining in Georgia simply means giving up on the moral purity that drives so many people to eat glorified salads for every meal. As a place where cultural identity was suppressed for over six decades — food being a central part of that culture — Georgians are choosing to embrace their heavy, traditional cuisine rather than substitute it with unsatisfying simulations. Georgian food suggests that it’s okay to stop worrying about what you eat and enjoy yourself, regardless of what that looks like.

The Russian poet Alexander Pushkin once wrote that "every Georgian dish is a poem." Thankfully, Georgians don’t feel the need to rewrite that poem.

Check out our Best of Georgia & Armenia tour here 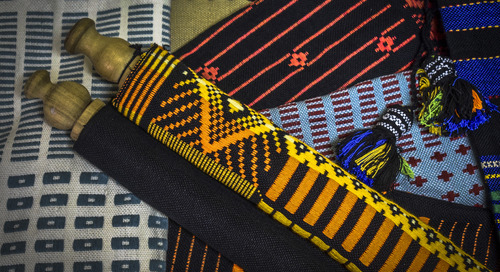 All souvenirs are not created equal 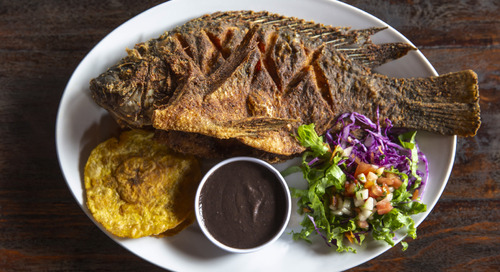 5 meals that make the world a better place