Home » The Looptail, The Travel Blog Powered By G Adventures » What to buy — and how to spend — when you’re away
× Share this Article

Have you read the calming travel mantra, possibly superimposed on the silhouette of a woman on a beach or mountain top in the sukhasana position, "Take only pictures, leave only footprints"?

I’m sure whoever wrote that, and the people who propagate it now, feel like it’s a noble sentiment, conjuring an image of themselves floating through places like saintly monastic spirits, their raiment barely brushing the ground as they experience, but do not affect.

Aside from the fact that of course you’re going to take and leave things whether you intend to or not — impressions, opportunities, water, emotional labour, liberties, advice, insights, language, physical labour, all of which have lasting consequences, for good and ill — why on earth would you want to visit someone without offering them something?

There are arguments to be made for doing good works while travelling. There are also arguments against it. But frankly, you don’t actually have to go out of your way to do good on a trip. You just have to think a bit. Because one of the best ways to do it — arguably the best way of all in fact — is to buy stuff and pay people.

But here’s where the thinking comes in: Not all money you spend will do good. And some will actually do harm. It’s not rocket science, especially once you start thinking about money being an instrument of change as well as a means to acquisition, but here are some basic guidelines to help you set up your own basic holiday-spending framework:

In tchotchkes, as in most things, authenticity is not a helpful concept

When deciding what souvenirs to buy — and you should always buy souvenirs — it is less important to determine whether the object itself is thoroughly traditional, an example of the sorts of crafts people there have always made, than it is to figure out how likely it is that the person you give the money to will get to keep that money.

Now, short of some sort of audit, it’s impossible to know exactly where any given packet of cash goes, but there is a hierarchy of likelihood that looks something like this:

When your chief concern is the quality of the interaction between you and the person you’re buying from, it can help to remember that cheap knock-offs — plaster Buddha busts and miniature crab traps and whatnot –often are a point of entry for local entrepreneurs looking to profit from a tourist economy, allowing them to buy in bulk and sell for a profit. Remember what souvenir means: It’s literally “to remember” in French; it’s not about the thing itself, it’s about the memory of the place, the time, and the person you bought it from.

In every part of the world where Indigenous people have been displaced by colonizers — so, pretty much everywhere — art and crafts sold as Indigenous are often either cartoonish versions of traditional objects, mass-produced facsimiles, or hand-made but by non-Indigenous people. Unlike tchotchkes made by dominant or autonomous people, the authenticity of Indigenous objects matters a great deal. Indigenous people have suffered globally in many ways, and continue to be subject to various forms of erasure, mortal and cultural. Their voices, images, stories, traditions have been plucked by colonizers and conquerors of all stripes as a matter of course, robbing them both figuratively and literally. So if you’re looking for a San beaded bag in Botswana, a Haida sgáan (killer whale) print in Vancouver, or a Pangcah or Amis cigar, and you’re buying it from anyone other than a self-identified member of the people in question, you’ll want to get some tangible proof that Indigenous people participated in the manufacture and profits. It can be tough, but if you’re not reasonably certain, it’s better to pass until you find something you can be sure of. (Try using your phone to search for an Indigenous organization to consult.)

The people working at your hotel look like and speak the same language as the people on the street in front of it The hospitality industry can be a great leg up for workers, especially women, and especially in places where for whatever reason education is a challenge. It’s a plastic industry in which, often, someone can start carrying bags and end up a manager. But the hospitality industry is not always a conscientious one, and many hotels — independent and otherwise — will hire cheap labour from nearby or even far-flung regions. This tends to be more of a problem in big cities and popular resorts, but it can happen anywhere. If the workers are local, though it’s not guarantee they’re being treated or paid the way you might like, it’s far more likely that whatever local standards are, the workers are benefiting from them.

The hotel is locally owned, even if it’s a Hilton

In addition to the workers being local, a local owner increases the chances that the money you spend there will stay in the local economy. The only practical way to tell whether the hotel is locally owned is to ask if it is. The fact that it’s got a big brand attached to it doesn’t tell you much about ownership. The big hotel chains haven’t owned most of their properties for a couple of decades now. They’ve become management companies that hoteliers sign on with, and though there are international real estate concerns that own multiple hotels, chances are that the Marriott or Hilton you see in Bangkok or Montevideo is actually owned by a local business person. And if it’s a Best Western, which is a non-profit collective if you can believe it, it’s pretty much guaranteed.

Apps should be great things. I really want them to be great things. They’re so handy, and there’s so much potential for truly distributed wealth. But as we’ve been learning, the companies behind these apps are not a lot different from the legacy companies they’ve been replacing. Money, sometimes outsized proportions of it, is always being syphoned away from the workers. Whether you’re booking a hotel or a ride, it’s better to go straight to the source than it is to use these mostly usurious apps. And if you have to use an app, don’t use it tip; many apps take some or all in-app tips for themselves. Tip in person, with cash.

Hire a driver for the day

In most economies that are not North American, European, or Antipodean, getting a ride was cheap long before ride-share apps were invented. Rates differ from country to country and city to city, but an easy way to get a handle on the local situation is to ask your first cab or tuk tuk driver — if you share a language — how much they make on a good day. My experience has been that people who enjoy talking tend to be drawn to professional driving, and whenever I’ve asked, I’ve gotten what seems like a reasonable answer. I’ve done this enough that I’ve been able to cross-check in a few dozen countries, and with the exception of nations that have been subject to large infusions of per diem-fuelled NGO workers (like Haiti), the number I get the first time I ask is both reasonable and roughly the same number other drivers give me. Once you know how much a driver makes on a good day, you know how much to offer to get a driver for the day. The bonus, of course, is that by definition, a professional driver in the city is going to know the city and so, if you share a language, or even part of a language, you get a tour guide, restaurant recommender, and local insight provider into the bargain. And your driver gets one day off from hunting for fares.

Just because you’re visiting Paris or Barcelona doesn’t have to mean all responsible spending bets are off. You’ve probably heard the term “over-tourism” by now to describe the concentration of global travel into just a dozen or so very popular spots, and it is a good idea, for a number of reasons, to venture further afield in your own travels. But even when you’re in spots that are popular with tourists, or in any big, populated city, your travel-spending choices matter. The reason over-tourism is a problem is that there are certain places in the world everyone’s heard of, and everyone wants to go there. The same goes for shops and services once you’re there. Want a souvenir of the Louvre? Instead of buying it in a shop there — the museum makes about €150 million a year in total — why not buy a poster or postcard from a shop or vendor off the grounds, and spread the money around a little? In Montreal and wanting to try a smoked meat sandwich? Maybe try The Main, the equally old, equally good spot across the street from Schwartz’s. If you want a tour, don’t book a hop-on hop-off; instead, try a local guide service like Tours by Locals or Vayable or, if you’re on a G tour, one of their local guides. In addition to responsible spending, this approach often takes you off beaten paths, and gives you stories to tell (and pictures to take) that most visitors don’t get.

Whether you’re travelling in a country whose per capita GDP is $5,000 or $50,000, where you spend your money matters. Keep that in mind, and make it one of your priorities, up there with having a good time, eating something you’ve never eaten before, and getting FML-inducing shots to share with family and friends, and you’ll be the sort of tourist the world needs more, not less of.

Bert Archer has visited 80 countries, most of them in the last decade. He tweets his travels @bertarcher and IGs them @world.of.bert. 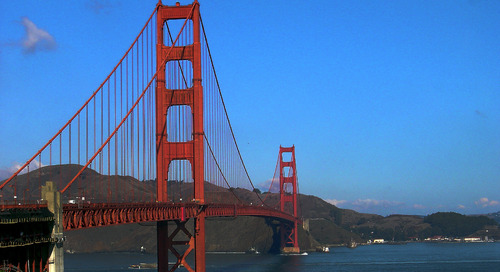 5 of the world’s coolest bridges: By the numbers

Fascinating facts about these feats of engineering 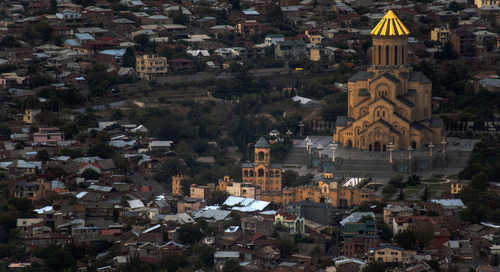 Why the Eurasian country is worth visiting for the dining alone