Home » The Looptail, The Travel Blog Powered By G Adventures » Getting up close (but not that close) with the wild boars of Tuscany
× Share this Article

When we talk about wine, we talk about terroir — meaning the natural environment that surrounds the vines and helps give life to the grapes. We usually talk about the soil, the other plants, the sunshine, the rain.

Until an encounter last summer, seldom had I considered the animals.

I was in the Chianti part of Italy’s Tuscany region, researching a (still-in-limbo) writing project about Italian drinks. My girlfriend Emily and I signed up to stay at the “winery mini-loft” at Azienda Agricola Enrico Baj Macario. We hoped to learn a thing or two about the production of chianti classico, one of Tuscany’s signature wine styles, while also enjoying a romantic and relaxing couple of days.

Owner-operator Enrico Baj Macario cheerfully agreed to pick us up from the bus stop in the village of Chiocchio and drive us to the property he shares with wife, Giulia. A tall and fit man in middle age, Enrico boots around the property in a beautifully dilapidated old Fiat jeep, which jumps up and down dry clay hills covered not only in rows of vines, but also all sorts of things whose soul and essence may contribute in some small way to the wine: blackberries, rosehips, olive trees, fist-sized chunks of broken marble, and of course, Tuscany’s ubiquitous, torpedo-shaped cedar trees. The word “terroir” bouncing around — like Enrico’s jeep — in my head, I was helpless to stop myself from Instagramming all of it.

Our first night at the vineyard was Aug. 11 — a peak time to try to catch the Perseid meteor shower, an annual show of streaming light in the Northern Hemisphere. We sat in our chairs on the brick patio next our guest building and looked upward in hope of shooting stars. But we heard something interesting much closer to the ground to our right, coming from somewhere in the pitch blackness of the sleeping vines. We heard twigs snapping. Then snorts. And oinks. Emily thought she could hear animals breathing.

Around an hour before dusk the next evening, I happened to be looking in the same direction. As we were nibbling on a few snacks, movement caught my eye: It was a grey four-legged animal that seemed about as big as a medium-sized dog, emerging from a thicket at the top of the vine-covered hill. It stopped to survey its surroundings, then made a little leap into the vines and disappeared.

We were 125 metres away (Emily, an archaeologist and architectural historian, used her handy Google Earth skills to check the distance later), yet the shape was obvious: This was our first encounter with a wild boar.

I tapped Emily’s shoulder, and we watched as two more beasts of about the same size came through the trees, hopped the electrified wire that served as Enrico’s futile vermin prevention strategy, and disappeared into a paradise of Sangiovese grapes. A fourth boar, larger and darker-coloured than the others, brought up the rear.

Curious, we shrugged, put down our drinks, and considered venturing closer to maybe snap a photo.

Good question! And an especially important one, when one is within sprinting distance of animals hidden among the vines.

So I used my phone to ask Google whether wild boars are dangerous. The answer is yes. Oh goodness yes. The first search result (from huntercourse.com) said: “Experienced hunters say that wild boar can be even more dangerous to hunt than a bear.”

These aren’t cute little farm piggies. Video results demonstrated that the animals are aggressive and unpredictably violent, especially when you get between a mother and its young — precisely the situation we seemed to be walking towards. Lethal maulings happen. (Stampeding boars even killed some ISIS fighters earlier this year.)

That settled that. We turned heel and went back to our wine and snacks, and tried in vain to catch another glimpse from the relative safety of our patio.

The next afternoon, Emily told Enrico what we had seen. We assumed this was an ordinary occurrence; that Enrico knew there were boars that had worked out how to hop an electrified wire. But no — this was news to him. Normally cool as a wine cellar, Enrico flipped. He shuddered and went bug-eyed. “Cinghiale? Boars? In the grapes?” He went on to explain, with raw exasperation, that two summers previous, boars had destroyed some 7,500 litres of grapes, roughly €50,000 worth of damage — and while he had accepted government compensation, it wasn’t enough.

Boars cause massive headaches for Italian farms, particularly Tuscany’s grape-growers. News reports say there could be as many as 150,000 of them lurking in the cypress-and-vine dotted hills between Florence and Siena — the next time you see one of those lovely Tuscan countryside images, think of the deadly beasts lurking behind the cypress trees.

Cinghiale happen to be delicious, which helps encourage citizens to take population control into their own hands. The problem for people like the Baj Macarios: Hunters only begin shooting boar after the wine harvest concludes. They want the flavour of a boar well fed. (Click hereto learn a bit more about the history and legality of wild boar hunting in Tuscany.)

Boar dishes are common in Tuscany and neighbouring Umbria, and it must give vineyard owners a certain satisfaction to sink their teeth into the region’s most pernicious pest. As Victoria Moore wrote in a piece on the boar problem in The Telegraph, they say revenge is a dish best served cold, but in Tuscany they serve it hot, with a side dish of polenta.

You could seek out boar dishes at a restaurant — or, if you’re staying at one of Central Italy’s villas or any other self-catering accommodation, why not whip something up yourself? Boar is available at pork butchers (in Italy, butchers specialize by animal type; a “norcineria” is a pork store), and there’s a recipe below to try out.

You’d be lucky to have something as delicious as Baj Macario’s Donna Giulia chianti classico in your hands (named after Enrico’s wife), with its aromas of mocha, leather and strawberry. The small-scale nature of the Baj Macarios’ business makes it extremely hard to come by their wine, even in Tuscany. But whatever chianti classico you end up with, an Italian-style boar sauce or stew — or one made with pork, if boar's not available — should go absolutely beautifully with it. They share a bold earthiness balanced against more delicate, herbal aromas. For this essential harmony, we may have the terroir to thank.

• a glass of chianti

1. Soak the wild boar overnight in water and vinegar with the juniper, bay leaves, half the celery and rosemary

2. Finely chop the onion and the other half of the celery, and sauté in a pan at medium-low temperature with extra virgin olive oil

3. Drain and rinse the wild boar and add to the pan and sauté at medium-high heat for a few minutes. Once the meat is cooked, remove from the pan, chop it finely and continue cooking.

4. Add salt, pepper and chili and finally sprinkle with wine and let evaporate

5. Add the tomato, cover with the meat stock and cook for about an hour and a half

6. Before serving, mix the sauce together with pappardelle, cooked al dente according to package instructions.

Keen on visiting the land of the wild boars? G Adventures can get you there. Check out our small group tours to Italy — which include a number of departures to Tuscany — here. 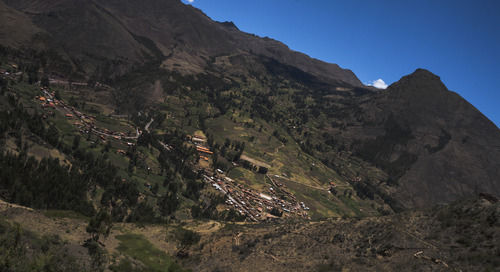 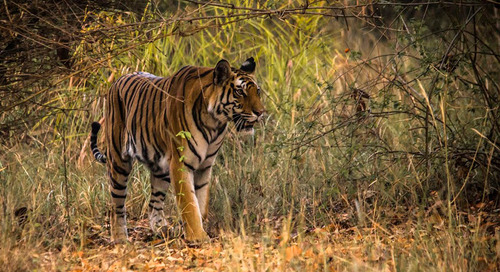 On International Tiger Day, a look at how the great beast has been represented in art