Home » The Looptail, The Travel Blog Powered By G Adventures » Tigers in art, around the world
× Share this Article

As the world’s biggest cat, tigers have mesmerised artists and writers for centuries. So how have these wonderful creatures been represented through the arts and used to communicate human characteristics? To celebrate International Tiger Day, here's a look at how the big cat has been represented in art throughout the ages.

A symbol of strength and power in the East

Feared and respected in equal measure, tigers have been used as symbols of power in Asian art and literature. In the Chinese language, the character that translates to "king" looks similar to the markings on a tiger’s forehead, and many martial arts moves are based on the big cat’s stealthy, muscular motions.

Although tigers aren’t indigenous to Japan, travelling monks from China introduced majestic paintings of the animal to the country and they became particularly popular there in the 16th century. Impressed by their size and might, local artists were captivated by these strange beasts and began creating scenes based on imagination.

Loathed then loved in the West

Europeans encountered tigers in zoos at the beginning of the 17th century, and James I had one in his royal menagerie housed at the Tower of London. But even before that time, writers were obsessed by the animal’s strength and savagery. In Shakespeare’s Henry V, the warrior monarch told his troops to “imitate the action of the tiger” in battle.

The first artist to truly appreciate their beauty was the poet William Blake, with his poem "The Tyger" in 1794:

Tyger Tyger, burning bright, In the forests of the night; What immortal hand or eye, Could frame thy fearful symmetry?

In a time before Charles Darwin proposed the cruelty of nature with his theories on survival and evolution, Blake was beginning to understand how the wild world could be perfectly formed but capable of destruction.

At the time of the fin de siècle, the French public was fascinated by exotic creatures and foreign lands. In response, French post-impressionist Henri Rousseau painted Surprise! in 1891. The image, which now hangs in London’s National Gallery, features a menacing cat prowling through the jungle.

It’s likely Rousseau based his ideas on earlier illustrations and visits to the botanical gardens in Paris, as he’d never seen a tiger in the wild. But the subject appeared in several of his later works, either hunting or being hunted.

A question of survival

In the story, the tiger becomes a byword for survival and the reader is left wondering whether the fierce, wild creature is in fact just another aspect of Pi’s own personality. As the young vegetarian is forced to eat meat and resort to desperate measures to stay alive, his actions begin to mirror those of an animal faced with extinction. Perhaps, we’re not so different after all?

If you're an animal lover, our Jane Goodall Collection of trips — which are endorsed by Goodall herself — are for you. Check out the full collection here. 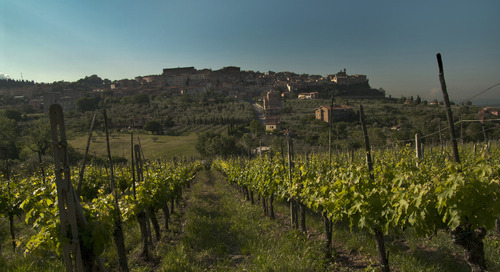 The region in Italy is well-known for its robust wines and amazing food — but it's also a hotbed for danger... 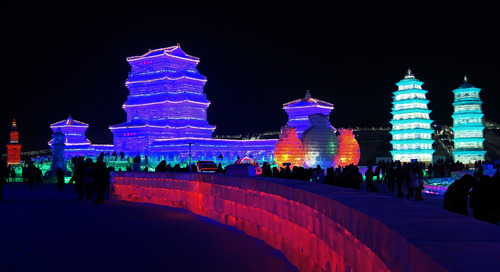