Home » The Looptail, The Travel Blog Powered By G Adventures » How bad is the Drake Passage, really? We asked five people who've crossed it
× Share this Article

A trip to Antarctica is on many travellers’ bucket lists. But an expedition to the icy southern continent comes with its own set of challenges — and we don’t mean choosing which parka to pack. The Drake Passage, the body of water between Cape Horn in South America and the South Shetland Islands in Antarctica, is where the Atlantic, Pacific, and Southern seas converge, and because the currents here meet no resistance from any nearby landmass, they’re some of the choppiest waters in the world. If you’re seasick, this can mean trouble — but if you want to make it to Antarctica, you’ve gotta get through the Drake.

But is it really all that bad? We asked five G Adventures staffers who’ve taken one of our Expedition trips to Antarctica to share their experiences crossing the Drake. Read on to find out what it’s really like:

“Growing up, my family dog was a Dalmatian named Drake. Before the Toronto rapper, there was my Dalmatian — but before my Dalmatian, there was the Drake Passage, the notorious body of water that stretches across 500 miles of unpredictable weather and challenges all who dare cross it. Working at G Adventures, you’re surrounded by lucky people who’ve had the privilege to visit Antarctica. The first question asked when someone returns is usually, ‘How was the Drake?’ When I boarded the ship last March, it was hard not to notice the chained-down dining room furniture and extensive slip-proof material covering almost every surface. I had heard the stories and was ready for a bumpy ride.

However, my experience was, dare I say — fun? I packed plenty of Gravol but found Malbec to be a better treatment. While some of my fellow passengers were sequestered in their rooms, dizzied by motion sickness patches, I was exploring the ship (while keeping one hand free to grab a railing if need be), enjoying delicious food and wine, and watching for whales and albatrosses.

I felt an instant bond with fellow passengers and crew when crossing the Drake. People were affected differently, but there was a sense of comradery and excitement — it was an adventure after all!

My advice: be prepared for the worst, but don’t psych yourself out. Literally go with the flow and keep your eye on the prize — and the horizon — because regardless of how rough the passage, Antarctica is the ultimate reward.”

“To be completely honest, ours was literally ‘smooth sailing.’ They were calling it the 'Drake Lake' because we didn't have any rough waters to deal with at all — both ways! We were lucky, but to be honest, I was hoping to experience just a little of what everyone was saying would be a wild ride. It did mean we could enjoy the ship and the lectures for the crossing, and not feel ill, which was a good thing.”

“Crossing the Drake passage is the price of entry for going to the Antarctic. The peace and serenity of the Antarctic is matched by the turbulence and drama of the Drake. They are two sides of the same coin: you don’t get one without the other. The conditions of the Drake are somewhere between bad and terrifying, depending on the weather gods, But worth every moment.”

“The sea was angry that day, my friends, like an old man trying to send back soup in a deli. I felt like a wet dirty sock in the washing machine on a 36-hour spin cycle. I’ve never been one to fall ill to motion sickness, but this journey home would be a true test of that. Seventy-five percent of my fellow passengers were locked away in their respective cabins, just feet from the safety of their porcelain barf bag. I’d hug my bed — like a long-lost lover — at night, in hopes I wouldn’t end upon the floor. Rather than walk and hold tight to the wall, I’d crawl on all fours to my desired destination. The idea of presenting myself with dignity was a thing of the past; this was about survival. It’s been more than six years since my epic battle with the Drake, one I’ll remember forever.”

“If you go by the rule of thumb that it can either be the ‘Drake Lake,’ or the ‘Drake Shake,’ my crossing was somewhere in between. There was some rocking and rolling, but nothing too crazy. I medicated up on motion sickness tablets and got lots of rest during those days on board. Truth be told, my crossing the North Sea from Scotland to Norway was much more turbulent, and that experience made me long for the good times on the Drake! Rough seas can catch you anywhere, and in my opinion the fear of a rough crossing on the Drake should never be a deterrent to any guest considering making what is likely to be a once in a lifetime trip to the most beautiful continent.”

Did you experience the Drake Shake — and have a great photo of your adventure to Antarctica? You could win the ultimate Unfiltered Adventure for two! Click here to find out how.

Ready to cross the Drake, and step foot on Antarctica? G Adventures can get you there. Check out our Expedition tours to Antarctica here. 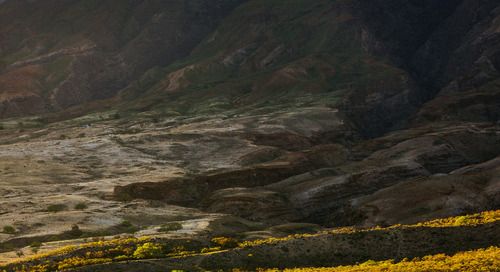 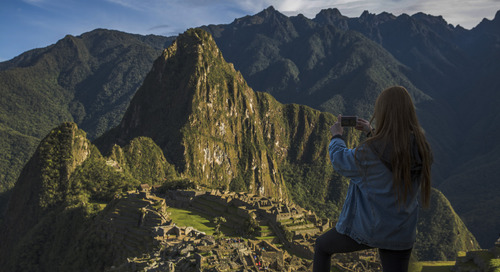 Reading on the Road: Five books to inspire a trip to Peru

How to get ready for a trip to the Machu Picchu