Home » The Looptail, The Travel Blog Powered By G Adventures » How to get in touch with your inner artist in Japan
× Share this Article

How to get in touch with your inner artist in Japan

Touching down in Tokyo for the first time, Japan strikes travellers as a modern country that runs on cutting-edge technology. From its Shinkansen bullet trains to its multi-tasking toilets, this is a place where the future feels as though it’s happening right now. Tradition, however, continues to maintain a strong foothold in the country. Geishas still live and work in Kyoto’s Gion district. 17th-century samurai houses still line the streets of Hagi, a former castle town. And both Buddhist and Shinto temples remain lovingly preserved and frequently visited by the locals across the country.

Tradition is also deeply respected, evident, and beloved in Japan’s artistic community. Great effort is invested in continuing centuries-old artisanal practices in ways that stay true to each art form’s roots. It’s inspiring to learn how art is made here — and it’s easy to bring that inspiration home. These five artistic endeavours will spark creativity in any art-lover:

Miho-misumi, in Shimane Prefecture, is the heart of washi-making in Japan, a practice that dates back to the seventh century. Designated by UNESCO as an intangible cultural heritage touchpoint, the process of making this artisanal paper product begins with growing the material. In Miho-misumi the paper-making masters are on hand to show off their creations (washi is used for everything from sewing wearable items to producing beautiful stationery to making panels for traditional sliding shōji doors) as well as to give hour-long lessons in making your own sheet of washi.

It’s impossible to imagine the effort that goes into traditional Shibori dyeing techniques until you see how it’s done (and try it yourself). At the Shibori Museum in Kyoto, expert instructors will guide you through the process of sewing, knotting, and dyeing silks before showing you the jaw-dropping items made by the masters: kimonos, silk panels, and custom-printed textiles that look more like museum-quality paintings.

Hagi-yaki pottery is a style of ceramics native to Hagi, a coastal fishing town on the shores of the Sea of Japan. Beyond its visual beauty (think: sake cups and teapots shaped and coloured to fit in with the natural beauty that surrounds the town), Hagi-yaki pottery is special because of its unique capability to hold heat inside, keeping you from burning your fingers on a hot cup of green tea (the brewing of which is another art form altogether).

To an outsider, the Japanese written alphabet is especially beautiful and complex. Even in Japan, calligraphy is considered such a high art form that the work is sometimes done as a performance, with a captivated audience watching every stroke. Written with an animal-hair brush, an ink stick made from soot, and and ink stone on which the ink stick is mixed with water to form the ink, traditional Japanese calligraphy is a place where writing intersects with painting (washi also comes into play here). Masters would say, however, that the most important tool is mindfulness. Mindful travellers can try their hands at calligraphy in most large Japanese cities, including Tokyo and Kyoto.

Many cultures view food as an art form and nowhere is that culinary axiom more true than at a Japanese Kaiseki meal. Food artistry is taken to an entirely new — and entirely Instagrammable — level, as course after course of meticulously prepared and artfully arranged dishes appear in front of each diner. Kaiseki meals are often enjoyed at onsen resorts in places like the city of Otsu, on the coast of Lake Biwa in Shiga Prefecture, where a leisurely meal can be followed up with a soak in a hot spring bath.

Want to get up close and personal with Japanese art? G Adventures can get you there. Check out our small group tours to Japan here. 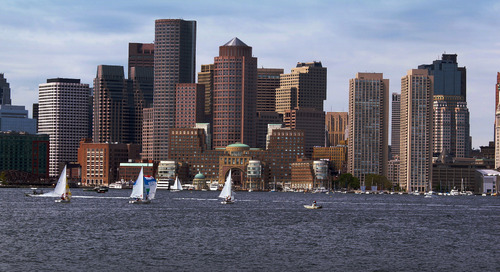 ... just don't forget to check out the city's newer attractions while you're at it 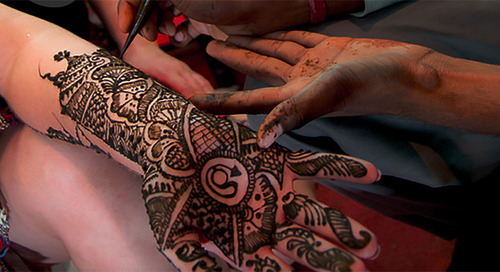 The ABCs of: Henna art in Morocco

A few fun facts about the beautiful body art