Home » The Looptail, The Travel Blog Powered By G Adventures » If history is your cup of tea, Boston is where it's at
× Share this Article

You'd be forgiven if the headlines of the last year or so have turned you off of the idea of travelling to the United States of America. But you'd also be missing out. Despite the news, there's much more to the U.S. than contentious politics and civil unrest. In this occasional series, travel writer Bert Archer will highlight some of the reasons why a trip to America is worth your time and travel dollars. Here, a better look at Boston.

As we continue our tour of the bits of the States that aren’t really American and therefore possibly fun to visit these days, we come to a surprising stop. As you’ll recall from your TV and movie-assisted lessons in American history, the Boston Tea Party happened in Boston, and the first shots of the American Revolution were fired in nearby Lexington and Concord shortly after the Boston Massacre.

But here’s the thing to remember about Boston: It had a 150-year-long heyday roughly equivalent to what New York’s enjoying now — when everything important that happens seems to happen there — and the revolution came at the end of it. Boston is a much older European settlement than those in most of the country that surrounds it. As a result, it was able to get over a lot of the badness earlier, and develop differently. Boston was a hub in the slave trade, for instance, in the 17th century, but by the 19th it was already a centre for its abolition, with judges refusing to pass judgment on those who stole property when that property was human, and people putting up posters around town letting new escapees from slave-owning America that the police were not their friends (still pretty good advice).

A city of this age that continues to develop and is, at least in American terms, relatively progressive, is not a common thing on this continent. Europeans wiped out the really old cities like Cahokia and Cholula, which means, if you discount places that aren’t cities anymore like Colonial Williamsburg, St. Augustine, and Jamestown, you’re left (in the East) with Quebec, St. John’s, and Boston (Providence is charming, but pretty small, and unlike Boston, New York, founded six years earlier, has erased almost everything it was prior to, say, 1930).

But go to Faneuil Hall, Boston’s biggest tourist attraction (and the fourth most popular in the country, with 25 million annual visitors), and though the original, built in 1743, burned down in 1761 and was rebuilt in 1762, that weathervane on top, the one that looks like a grasshopper, was made in 1742. This is where folks met in December 1773 to discuss what to do about the latest shipment of tea from England (they decided to throw a party), and where Daniel Webster delivered his eulogies for both John Adams and Thomas Jefferson. It’s where Julius Caesar Chapelle, of the first Black American legislators, gave his speech in 1890 in favour of a bill to give Blacks the right to vote, and it’s where people gathered as early as 1898 to protest the beginnings of what they saw as American imperialism in the Spanish-American War, leading to the foundation of the American Anti-Imperialist League, and where they later protested their country’s reprehensible but trend-setting actions in the Philippines in 1903.

These days, you can get some pretty good oysters and pretty cold beer at the Salty Dog (est. 1972; probably the oldest spot now that the 192-year-old Durgin-Park restaurant was shuttered by its new corporate owners on Jan. 12, 2019).

But you could also just walk three minutes north to Union Hall Oyster, which still exists, and is even older than Durgin was. They say it’s the oldest restaurant in the US, in fact, founded in 1826, making it one of the original purveyors of Boston baked beans and, oddly, the place they say where Americans first started using toothpicks. I remember taking a road trip to Boston with a friend in college. This was our first stop, which we stumbled onto accidentally, but the memory of the beading condensation on my beer mug on a hot July day after a full day’s drive from Toronto, and tray after tray of oysters that we were too inexperienced to realize were actually pretty expensive, is one of the clearest and happiest travel memories I have. We were there at least two hours, and the bartender warmed up to us after the first $50 or so, and told us how Daniel Webster (whom I assumed at the time and for years after was the dictionary guy; for show, and that an exiled future king of France lived upstairs when he was in his early twenties, teaching French and taking meetings with Alexander Hamilton and George Washington. (What I didn’t know at the time but have remedied with several visits since was that right next door is one contender for Boston’s oldest tavern, the Bell in Hand, founded 1795.)

Walk nine minutes north of that, and you’ll find Paul Revere House, where the Midnight Rider lived for 30 years. It’s the oldest in town, built on the site of an even older one where witch hunters and Harvard men Increase and Cotton Mather lived.

Boston has plenty of oldests: Boston Latin is the oldest high school in, I’m guessing, North America, founded in 1635 and an eight-minute walk southwest of Faneuil. It’s Ben Franklin’s high school, and Sam Adams', too. JFK’s father and grandfather went here, and so did George Santayana and Leonard Bernstein, Louis Farrakhan and Sumner Redstone. Harvard, across the bridge in Cambridge, was founded a year later, and lots of people have gone there too, I hear, and then done things later.

But it would be a mistake to make your trip to Boston a purely — or even largely — historical one. Be aware, and ogle as you pass, but Boston is a good city right now. The transit system works well, at least for tourists’ needs (it’s the oldest subway in the United States, of course), and you can hop the T to Charlestown — The Town to either those in the know, or who saw Ben Affleck’s movie of the same name — and either just wander around gaslit streets and buildings that date back to Revolutionary times (no worries, it’s not nearly as rough as Affleck made it seem), or head to City Square and Main Street where the shops and bars are. Just off Main Street is the obelisk commemorating the Battle of Bunker Hill, which was fought here (and won by the British; there’s a museum, too), and the Warren Tavern, which is the other contender for Boston’s oldest.

From there, you could go to Cambridge and see Harvard, or other neighbourhoods like Beacon Hill or the North End or Back Bay, or take the Silver Line to the Purchase Street/Pearl Street station and visit to the Seaport District, Boston’s newest neighbourhood, which I’ve visited a couple of times, stayed in once, and really like. It’s been put together with a lot of care for public space, is obviously right by the water, has all that repurposed industrial architecture we all like so much these days, and is a miraculous 7-minute drive from Logan Airport.

It’s got similar problems to other formerly industrial zones being turned into residential and retail neighbourhoods: high prices creating exclusive demographics, and for a city as racially integrated as Boston, it’s pretty darn white. But unlike, say, Vancouver’s Yaletown, NoDa in Charlotte and RiNo in Denver, Boston seems well aware of it, and there is even something already being done about it. There was a Boston’s Black-Owned Business Pop-up Market there in May, and again in November, the Massachusetts Port Authority has made diversity part of the scorecard for further development, and Black investor L. Duane Jackson has made the neighbourhood a personal project, and is behind the new 1,000-room Omni Hotel. The Children’s Museum is there, too, and if you stay at, or have a drink in the Envoy Hotel (very cool interior; excellent robes in the rooms), you can look down onto Griffin’s Wharf, where all that tea got thrown into Boston Harbour. Because history.

Want to check out Boston's past and present for yourself? G Adventures can get you there. Check out our small group tours to the United States of America here. 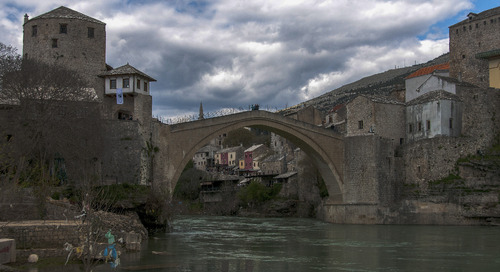 Sometimes, the best memories are from the times that challenge us the most 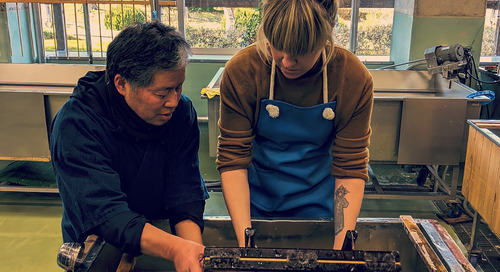 How to get in touch with your inner artist in Japan

What to see, do, and eat on a Reykjavik stopover

Come sail away on a far-from-ordinary Canary Islands adventure