Home » The Looptail, The Travel Blog Powered By G Adventures » How to get the most out of a trip to Japan
× Share this Article

How to get the most out of a trip to Japan

Japan is one of the most popular tourist destinations in the world, but it can also be one of the most disorienting: In cities such as Tokyo and Osaka, it can feel like you’re in the future; in cities like Kyoto and more rural areas, you can feel history in every step.

Visiting for the first time comes with a huge learning curve — or, at least, it did for me — but with a little foreknowledge, you can make sure you get the most out of it. Whether you’re a hand-wringing over-preparer or a last-minute improviser, here are some tips that will help.

What to plan ahead

Sometimes it’s fun to just wing it when you’re on vacation, but too often, that can lead to disappointment. Make sure that the shows and museums you want to see — or maybe that one special restaurant you simply have to try — don’t require advanced reservations. A few months before you travel, determine the itinerary items that, if you missed them, would ruin your trip.

When my partner and I stayed in Tokyo, we decided we wanted to see the famous Robot Restaurant, but realized too late that it required advance tickets. That was no biggie — it wasn’t a high priority for us — but if, for example, we hadn’t pre-booked our stay at the transcendent House of Light in nearby Tokamachi, we would have been devastated. Don’t let one of the highlights of your trip slip away because you didn’t plan ahead.

That includes getting from point A to point B, which can be a little tricky in Japan; there are a handful of rail companies in the country, all of which operate different lines. If you’re planning to move from city to city, bullet trains (“Shinkansen”) are your best bet. Most of them are accessible via the JR Rail pass, which Canadians can book ahead of time for an all-you-can-travel seven-, 14- or 21-day period. Research your destinations and plan out a rough schedule of how many days you’ll need in each city and book your Shinkansen journeys accordingly, in advance.

After you’ve accounted for travel, accommodations, and the occasional show, museum visit, or restaurant booking, you should leave plenty of time to explore Japan, itinerary-free. You won’t have time to see it all — there’s simply too much —but you’ll stumble upon plenty of what makes Japan worth visiting just by walking around.

Take time to pop into interesting-looking stores — we found dozens of incredible vintage shops and the like in places like Shimokitazawa — and try to live like locals. Near the end of our trip, we realized we’d walked by every arcade we’d seen without going in, so we decided, despite our lack of gaming experience, to try one out; I ended up playing a drum-smacking rhythm game for almost 30 minutes.

There are also plenty of interesting gardening shops, clothing boutiques and other stores that revealed otherwise unseen aspects of Japanese culture. It might surprise you, but that includes convenience stores. Lawson, Family Mart and 7-Eleven (a Japanese chain, believe it or not) offer delicious and unique snacks and drinks for adventurous and picky eaters alike. As a vegetarian, it was difficult at first (fish is a common — and often hidden — ingredient), but even I eventually found heaven in the form of cheap “noodle sandwiches.”

How to not embarrass yourself

You’re probably already judging me for the noodle sandwiches, but it could’ve been worse; I could’ve been eating them while walking around, a move seen as rude and terribly uncouth in Japan. We’d been pre-warned, but forgot for a moment, only to be glared and gawked at by offended locals. Eat sitting down to avoid embarrassing yourself.

Another thing you’ll notice fairly quickly is that restaurants will often feature visual menus in their windows: rows of dishes represented by bowls of fake noodles and plates of plastic sushi. But these are not accurate indicators of what you will receive. As we learned, the plastic entrees in restaurant windows is rarely if ever custom-made to look like the dish they’re supposed to represent; rather, these are generic, mass-made items. After a while, you’ll start to see the exact same plastic maki everywhere.

If all of this gives the sense that Japan is orderly and methodical, that’s because it is. Even walking on the street and in train stations has its own etiquette; you’ll notice quickly if you’re walking “upstream” against local foot traffic that travels the same way every day. Keep your head up and try to stay in your lane.

And be punctual! If you have an appointment, it’s rude to be even minutes late; likewise, if your train says it departs at 10:12, it will be gone by 10:13.

All this said, don’t be intimidated — even if you forget a tip or two, you can’t really do Japan wrong. It’s an incredibly beautiful and stimulating country in which your plan B might just make you forget that you even made a plan A. Have fun!

Ready for a trip to Japan? G Adventures can get you there. Check out our small group tours to Japan here. Book by December 10, 2019 for travel by March 13, 2020 to save on finding your next million-in-one moment in Japan. 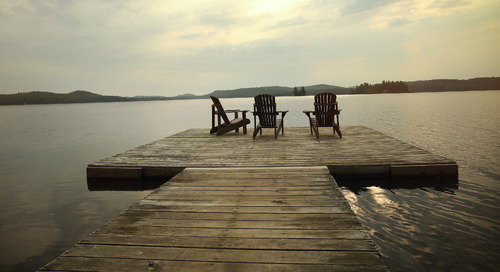 Important dos and don'ts to keep in mind before you travel 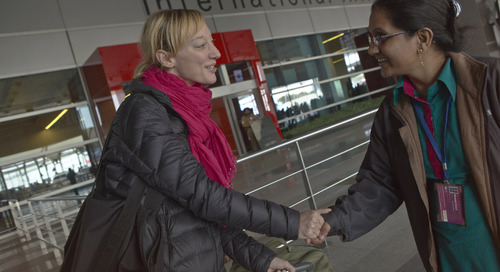 5 tips for a smoother border crossing

The dos, the don’ts, and the documents