There’s tons of adventuring to do across Ontario, whether you’re heading down to Point Pelee National Park, the southernmost point in mainland Canada (it’s actually at the same latitude as northern California), or venturing up through the vast expanse of Northern Ontario. And because recreational cannabis is legal across Canada, you may be looking to elevate your travel experience. Here are a few things to know about cannabis in Ontario:

Ontario’s legal age to buy, possess and consume cannabis is 19

First things first: in Ontario, cannabis can only be purchased, possessed and consumed by adults aged 19 or older. It’s a law with no wiggle room, either — sharing a joint with your 18-year-old travel buddy may not seem like a big deal, but it’s still illegal. When you’re out and about in public, the personal possession limit is no more than 30g of dried cannabis, or its equivalent in oil or capsule form.

The only place where it’s 100% legal to consume cannabis is in “private residences,” or outdoor spaces on private property. Under the Smoke-Free Ontario Act, smoking and vaping cannabis is banned in the same places where smoking tobacco isn’t allowed. It’s generally OK to consume in public outdoor spaces, as long as you aren’t within 20 metres of a school, a playground, a childcare centre or a publicly-owned sports field or facility, or within nine metres of a restaurant/bar patio or a hospital entrance. Several municipalities, such as the city of Markham (located just north of Toronto), have completely banned cannabis smoking in public. So before you spark up, it’s always a good idea to do a quick check for any local bylaws that prohibit it.

In national parks, such as Bruce Peninsula National Park, you’ll have to keep it to your campsite. In Ontario provincial parks, such as Algonquin Provincial Park, you have a little bit more latitude and are able to smoke cannabis anywhere that isn’t near shared spaces such as beaches, playgrounds, buildings, and so on.

Where to buy cannabis in Ontario

If you’re coming from outside Canada and hoping to sample some Ontario bud, you may have to do a little bit of advanced planning As of this writing, most of Ontario’s stores are located in major cities such as Ottawa, Toronto, Kingston, Hamilton, Burlington and London. For the most up-to-date information on open legal stores, see the Alcohol and Gaming Commission of Ontario’s website.

If your travels don’t take you through one of the big cities, a little extra planning may be required. The Ontario Cannabis Store, the province’s sole official online retailer, will deliver cannabis to any address within Ontario. Leave yourself at least a few days for shipping.

Whether you’re buying cannabis in person or online, don’t forget your government-issued identification. You’ll need valid ID to prove you’re over 19 to enter a cannabis store, and to accept online deliveries.

Cannabis products for sale in Ontario

You can readily purchase dried cannabis flower, cannabis oil and cannabis capsules in stores and online. A new class of products became legal on Oct. 17, 2019, which includes cannabis edibles, beverages, concentrates and topicals. However, these products aren’t expected to be available for sale until late December 2019 or early 2020.

It’s legal to travel within Canada with cannabis

If you’re travelling within Canada, there are no major restrictions on travelling with cannabis. So if you purchased cannabis in Ontario and are flying to Vancouver, you can take cannabis with you in your checked or carry-on baggage. Same goes for trains and buses — so long as you aren’t smoking up in the cabin, or trying to transport more than is legally allowed, you shouldn’t have any trouble. However, keep in mind that you’re liable for any cannabis in your possession if your flight is unexpectedly diverted to a United States airport, as cannabis is still federally illegal there. 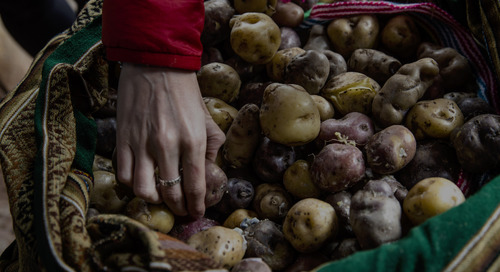 From potatoes in Peru to Indigenous art in British Columbia, here's how travel can be a force for good 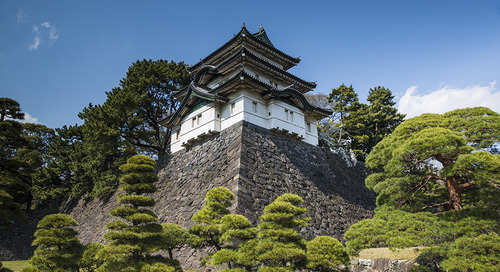 How to get the most out of a trip to Japan

What to plan, when to wing it, and how to avoid embarrassment