According to Mark Kurlansky, author of the book Salt: A World History, salt consumption is on the decline: “The average 20th century European consumed half the amount of salt as the average 19th century European,” he writes. This could be because, historically, salt was a lifesaver, used to preserve cod for a long ship ride, vegetables for a long winter, or meat for consumption later in the season.

When refrigeration was invented, salt curing and preserving became less of an imperative, since meat and fish last longer when cooled, or almost indefinitely when frozen. Salt-curing is still common, but it’s no longer necessary; salt itself is more commonly used as a tool for making food taste good than it is a tool for survival. Brining chicken, for instance, is touted as a way to ensure the meat is more tender by disrupting the structure of the muscle filaments of the meat. And tenderizing a cheap cut of red meat with salt can apparently help it “taste like filet mignon” — even if it’s not.

In Botswana, long before salt was being used to transform cheap cuts of meat into mock filet mignon, people were cooking seswaa. As the national dish of Botswana, seswaa is served at weddings, funerals, and other celebrations. Seswaa's ingredients are very straightforward: meat on the bone, water, and salt. The salt, added while the meat cooks, helps to soften the meat until it is ready to be pounded with a pestle and served atop pap, which is stiffened cornmeal.

The Republic of Botswana is a landlocked country in southern Africa, and was formerly a British protectorate called Bechuanaland. In 1966, the country gained its independence, and has remained a representative democracy ever since. About the geographic size of France, Botswana is mostly flat and predominantly desert; the Kalahari occupies close to 70 percent of its land.

Despite the dominance of the Kalahari, Botswana’s grasslands and deltas house incredibly diverse wildlife. Indeed, most tourists visit Botswana for the unique ecosystem and wildlife of the Okavango Delta, a UNESCO World Heritage site and one of the seven natural wonders of Africa, as well as the Chobe National Park and its elephants.

While the country is not necessarily known for its cuisine, I am a writer who loves to eat. So I wanted to spotlight Botswana's national dish — and make it myself in my own home in Mexico. Here’s how it turned out, plus my recipe if you want to try it yourself (wherever in the world you may be).

As I wrote in my piece on corn in Zimbabwe, Africa now accounts for 6.5% of the world’s corn production, despite the grain’s origins in Mexico. In Botswana, the recipe would be prepared in three-legged iron pots, over a fire. I don’t have either, so the recipe below is adapted to cook the beef in a slow cooker and — at the suggestion of this Guardian recipe — with the addition of bay leaves and black pepper.

Served with pap (also called phaletshe), and morogo, spinach-like greens that are boiled (I just used regular spinach, with an added pinch of salt, of course) it's a colourful, hearty plate of food.

How to make pap

In a large saucepan, bring the water and the salt to a boil. Add the cornmeal and cover. Reduce the heat to medium-low and stir the cornmeal every 5 minutes, as it cooks. After 30 minutes of cooking, add the butter and stir in until fully melted. Turn off the heat and put the lid on the pot to let the pap stiffen as it cools.

Take our Botswana and Victoria Falls Adventure tour for the chance to try some of Botswana’s cuisine for yourself. We’re thrilled at the prospect of showing you this big blue planet of ours — check out our small group trips here. 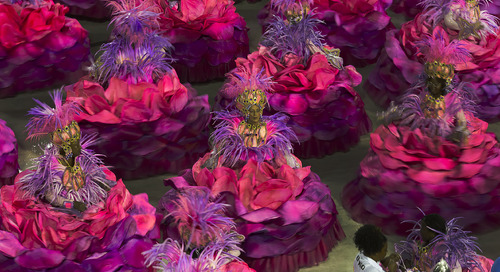 New Orleans boasts the world's most famous Fat Tuesday parties, but there are plenty of other ways — and pl... 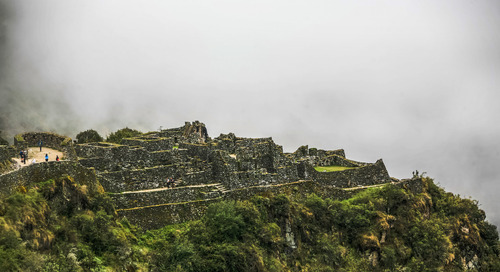 The multi-day trek up the Inca Trail is a challenge, but the sights, sounds and immersion in ancient histor...