Home » The Looptail, The Travel Blog Powered By G Adventures » More than Machu Picchu: Unforgettable sights on the Inca Trail
× Share this Article

The idea that “getting there is half the fun” is true of few iconic destinations like it is of Machu Picchu in Peru. While travellers can opt to jump on a quick train ride up the Sacred Valley from Cusco, arriving at the ancient city in less than a day’s time, a slow, multi-day trek along the Inca Trail is incomparable for its landscapes, plus the wealth of Inca history you’ll encounter along the way.

Before you head out on your journey, there are a few steps you can take to make your trek as enjoyable as possible.

First, get in shape! You don’t have to be an endurance athlete (and, thankfully, porters will carry your overnight gear for you), but the high altitude and elevation gains put most travellers to the test. Being in shape will help you enjoy your time rather than feeling like you just want to finish.

Next, make sure to pack well — but not too well. You don’t need specialized gear that runs hundreds of dollars, but there are some items you should not do without. If you’re looking for a packing list, here’s just the thing.

Also, consider your power needs. These days, it’s hard for most of us to leave home without at least one device that will need a charge sooner or later. The weather on the trail can often make solar charging unreliable, so think about bringing backup batteries for your smartphone or camera to make sure you can capture all your memories.

Once you get going, you'll soon find that the joy of trekking the Inca Trail is not only in the physical strength you’ll develop along the way, but also in the history you’ll learn.

The first major ruins to be spotted along the classic Inca Trail trek — which starts 82km (51 mi) from Cusco — are at Patallaqta. This is in an area of the Urubamba Valley with a wide turn in the river, and plentiful ancient agricultural terraces, which are sloped areas of land cut to resemble steps, to enable farming. Many of these terraces along the trail grew specific crops, like how modern agriculture often focuses on one type of product for a given region (apples in Washington state, for instance, or wheat in the Midwest). Patallaqta’s broad terraces were excellent for growing grains, as they had ample sun exposure most of the year.

The terraces of Patallaqta are viewed from another set of lesser ruins, which is a common theme throughout the trek. Some places are so small they have no formal name, so you’ll start to get used to there being an abundance of history below (and around) each step you take. You can imagine that the small, unnamed dwellings you encounter along the way were simple grain storage units, or small huts for messengers who ran the trail, shuttling news to and from the far reaches of the Inca Empire.

On the second day of trekking the Inca Trail, you will see steps. And more steps. And more still, until you reach the summit of Warmi Wañusqa, also known as Dead Woman’s Pass, at 4,200m (13,779 ft). This is the highest point along this section of the trail, but you’ll need to cross one more pass before the beautiful and isolated ruins of Sayaqmarka come into view.

Sayaqmarka is perched along a defensive ridge with a small, treacherous trail leading to its labyrinth of ancient streets and dwellings. At points, you’ll climb through small tunnels used by Inca messengers; often, the trail is wide, paved with stones set hundreds of years ago — and walked by thousands (if not more) of travellers since.

Perhaps my favorite site along the Inca Trail is next: Wiñay Wayna. The walls and rooflines of these ancient ruins are amazingly intact — a few new roofs, and they could almost be livable. Perhaps its location — slightly off the main trail — helped keep destruction at bay all these years.

These ruins were built directly along the slope of the hills. The Incas were a top-down society and this is most notable in Wiñay Wayna. The upper section of the ruins is on a broad shelf built out of the hill behind it, which allowed extra room for the real estate of the important dignitaries or royalty who lived there. Natural springs in the area feed a waterfall just out of sight, which eventually flows down to feed more than a dozen pools and man-made waterfalls that run through the centre of the village. Commoners were allowed to use the lower pools, while those of stature washed in the upper ones.

Most of the terraces at Wiñay Wayna are 2m (6.5 ft) wide, and were apparently used to grow medicinal and ritualistic herbs for the empire. Rarely are homes built in any other shape than rectangles and squares; these shapes are easy to build and provide structural stability, but the uniformity also makes getting lost in ruins fairly easy.

The Inca Trail builds anticipation with every step. Your guide will relate story after story about how the Inca used the land, and their words will deepen your understanding of what you see at each stop along the way. Hiking the Inca Trail for days on end with a knowledgeable guide will give you insight into thousands of years of history.

The Inca Trail is a wonder in itself and beckons to the adventurous traveller. If you heed the call to set aside creature comforts for a few days in exchange for a deeper experience of Inca culture and history — on a trail that demands your sweat, strain, and willpower — the reward is an experience you’ll carry with you for a lifetime.

G Adventures runs a number of departures to Peru, including several treks to Machu Picchu. We’re thrilled at the prospect of showing you this enchanting country as you’ve never seen it — check out our small group trips to Peru here. 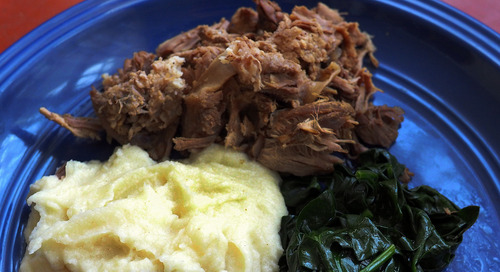 This simple, slow-cooked meat dish will give you a taste of the southern African country 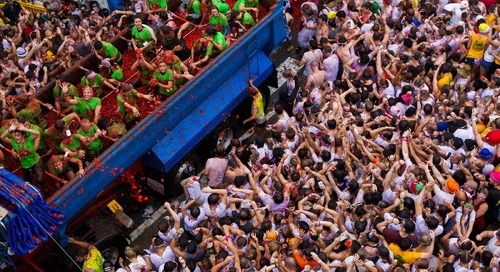 Does Europe’s biggest food fight have its roots in political unrest, or are its supposed revolutionary conn...