Home » The Looptail, The Travel Blog Powered By G Adventures » In Lalibela, the churches are underground
× Share this Article

Tradition has it that if you want to reach the heavens, you must build high. The great temples of the world have all followed this form, rising from the earth, their domes, spires and minarets hoping to close the gap between the human and the divine. But in Ethiopia — a country that still insists on having 13 months in a year — they do things a little differently.

Ethiopian Orthodox Christianity is unique. It developed largely in isolation from Rome and Constantinople, and claims not only to possess the Ark of the Covenant, but that its kings descended directly from Solomon and the Queen of Sheba. And when it comes to churches, practitioners never saw a need for high-vaulted cathedrals or dizzying bell towers. Instead, the greatest Ethiopian Orthodox churches were carved out of the living rock of the nation itself. And nowhere better illustrates this than Lalibela.

Perched in the thin air of Ethiopian highlands, Lalibela has 13 magnificent churches that were patiently burrowed out of the rock on which the town stands. At first glance, they seem to present a landscape of absences. The churches only appear when you stand virtually above them, looking down from ground level to a series of carved trenches and courtyards that contain the monolithic places of worship. How, you wonder, were they constructed?

Legend has it that the churches came to the 12th-century king Lalibela in a dream that urged him to created a new Jerusalem out of the dome of basalt where the town sat. While their history precise construction remains largely undocumented, such is their achievement that you'll believe the story that at least one was built overnight with the help of angels.

The churches are organized into two main clusters. The northwest group of seven churches includes Bet Medhane Alem, the largest monolithic church in world, standing nearly 12 metres high and supported by 72 columns, all patiently chipped out of rock. A tunnel leads from here to the more intimate Bet Maryam, dedicated to the Virgin Mary, with its beautifully carved crosses. Further churches, including Bet Golgota, have an almost dungeon-like atmosphere, an effect only heightened by white-robed priests sitting in nooks, reading from the Bible.

The southeast group include several churches — most likely the oldest in the town — that were originally hewn from existing caves. Deep tunnels and bridges lead you into the complex, where the highlight is Bet Emanuel. This royal chapel is one of the finest of the rock churches, and its windows and columns are carved to imitate wood, adding to the feeling that it sprouted straight from the earth.

Yet Lalibela lets its greatest achievement stand alone. Separate from the other churches, Bet Giorgis is simply stupendous, a perfectly symmetrical crucifix-shaped tower 15 metres high. Enclosed within tight walls, its decoration is perfect down to the last detail, inside and out. The church is dedicated to St George, Ethiopia's patron saint, whose galloping horse allegedly left its hoof prints in the tunnel that leads down towards its entrance.

Attentive visitors can still spot the prints, and at the end of their visit you'll half-believe that they were left by a spectral saint, or that angels helped the king carve out his churches in one blessed night. Lalibela is a place that confounds expectations, and sometimes divine explanations can seem like the only proper ones to reach for.

Want to visit the rock-hewn churches of Ethiopia? G Adventures can get you there. Check out our small group tours to Ethiopia here. 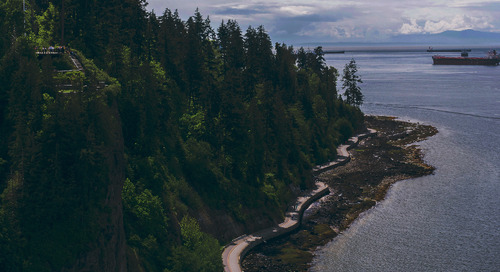 The well-travelled West Coast waterway is a stunning must-see 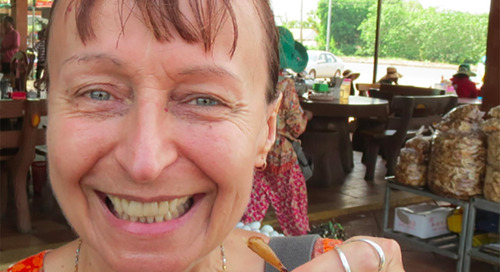 How Far Will You Go? Five travellers who chowed down on creepy-crawlies

Spiders and scorpions and crickets, oh my!