Home » The Looptail, The Travel Blog Powered By G Adventures » The 5 lures of British Columbia’s Salish Sea
× Share this Article

Leaving the pretty surroundings of British Columbia’s capital city Victoria, it’s less than an hour to the southwest tip of Vancouver Island, and to the edge of the Salish Sea.

Connecting Vancouver Island, mainland British Columbia, and the western coast of Washington State, the sea is traversed daily by boat, ferry, seaplane, airplane, and helicopter. I’ve been to this island many times, but like many visitors — and despite my local heritage — I knew very little about the Salish Sea.

For those who come to discover Canada’s westernmost province, the combination of mountains, trees and sea is a lodestone — and with so much competition, why consider spending time exploring the Salish Sea? Here are five reasons:

The Indigenous culture and history: Northwest Coastal people arrived in what is present-day coastal British Columbia more than 10,000 years ago. The Salishan and four other Indigenous tribal groups first greeted the Russians who came to trade in the 1740s and later the Spanish and British explorers who arrived in the 1770s to claim this land as their own. In 2008, the Salishan Stz’uminus First Nation began the process of adopting the Salish Sea as the name for the area encompassing the Strait of Juan de Fuca, the Georgia Strait, and Puget Sound; the name-change became official in 2010.

The plant life: the biodiversity of this region is impressive: There are more than 500 species of algae in the coastal waters, and 1,140 native species of birds, fish, mammals, amphibians, and reptiles in British Columbia, with many making their home in and around the Salish Sea. The waters are also home to almost 600 varieties of seaweed, many of which are edible, making this one of the most popular areas for the aquatic plant on the planet.

The sea creatures: from April through October, orcas, also known as killer whales, migrate through the Salish Sea, feeding on the wild Pacific salmon. Protected under the Endangered Species Act of 2005, orcas, gray, minke, and humpback whales are often spotted, as well as seals, porpoises, dolphins, sea lions, and sea otters. The Salish is also home to species such as the Pacific octopus, Pacific geoduck clams, and Sea Pen, a soft coral that can glow in the dark.

The adventures on land: Hike, bike, kayak – all these options are open for outdoorsy visitors wanting to explore this region at their own pace. The Capital Regional District website lists the numerous parks of southern Vancouver Island and the neighbouring islands of the sea as well as details on paved and unpaved trails, to find the right area for your own adventure, all of which are free to access. The Otter Point Community Park and Whiffen Spit near Sooke, offer direct access to the Salish Sea shoreline.

The adventures on the sea: the Salish Sea Marine Trail was established in September 2017 part of the celebrations of the completion of the Trans Canada Trail. This 257-kilometre trail is designed for small watercraft and paddlers to explore the Salish Sea, a collaboration with local Indigenous communities, existing trails, and residents.

Want to se the Salish Sea for yourself? G Adventures can get you there. Check out our small group tours to Canada here. 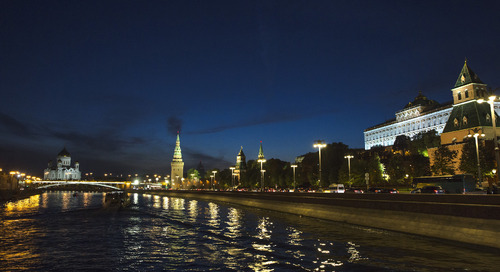 The best vodka bars in Moscow 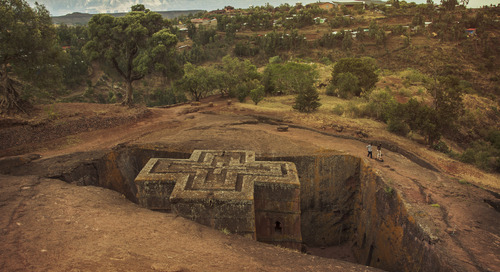 Ethiopia's rock-hewn churches are a remarkable testament to one of the oldest Christian traditions in the w...