Home » The Looptail, The Travel Blog Powered By G Adventures » In Saxony — the eastern German state — art is where it's at
× Share this Article

Wall after wall of bricks. That’s all I can see outside Spinnerei in western Leipzig. But that changes as soon as I’ve gone through the entrance: This is no longer the shell of what once was Continental Europe’s biggest cotton mill, but a modern cultural community. Like a city within the city, moulded by artists, where all people seem to know each other and seamlessly move between some 20 buildings. Inside, there's a café, a beer hall with big gardens, a cinema, a supply shop, an art library, exhibition venues, galleries — and, of course, studios.

I’m exploring the grounds with artists Elizabeth Gerdeman and Jessica Arseneau, who both work here. We go in and out of the buildings, along long corridors. On the other side of anonymous doors are tiny studios and workshops; I wave to painter Kristina Schuldts, her cheeks as red as the splatter on her brush on the other side of one door. Behind another, Thomas Simeon peeks out from amongst a throng of machines; this room is printmaking facility Carpe Plumbum, which he founded.

The whole structure of Spinnerei is enormous — about 10 hectares — with about 120 studio spaces in total. And almost everyone shares their space with at least one more person. “I share mine with two,” Arseneau chimes in, and Gerdeman adds that “it’s basically impossible to say how many artists we active here. At least 240, probably 360. It’s hard to determine.”

What’s easy to determine is the importance of Spinnerei. When Florian Busse, Tillmann Sauer-Morhard and Betram Schultze bought the run-down industrial complex in 2001, it was nicknamed “the artist ghetto.” Fast forward a decade and a half, and Spinnerei has moved from the cultural periphery of Germany to its very heart. Due in no small part to the trio’s careful restoration, with kept industrial environments to keep the rents low. That the squatters from the 90’s have stayed have helped too, of course: Peter Krauskopf and Neo Rauch, nowadays the New Leipzig School’s foremost artists, are still working out of the studios they once illegally took over.

“All of the galleries and venues at Spinnerei are very important for the Leipzig arts scene. [For instance] Gerd Harry Lybke’s gallery, Eigen + Art — that space was pioneering long before the Berlin branch became so renowned,” says Anka Ziefer. She’s an art historian and Director of G2 Kunsthalle, where we meet so she can guide me around the city’s latest art institution. Right outside its front doors lie the picturesque city centre and famous St. Thomas Church; a short walk from there is Museum der bildenden Künste (an art gallery) and the prestigious art school Hochschule für Grafik und Buchkunst. All of which is to say: G2 is in good company — “But what makes us exceptional is that we’re the first private collection of local modern art of this size that’s opened for the public in eastern Germany,” Anka clarifies.

Specifying eastern Germany is important. In GDR times Leipzig was an industrial hub; in the 90’s it was mostly known for its poverty. Today, Leipzig is growing faster than Berlin: it's become the biggest city in the state of Saxony. Many who move here dream of a lifestyle where cheap rents and empty spaces support a wealth of inspiration. Spinnerei is only one expression of that. There’s also art institution Kunstkraftwerk in a former power plant and Tapetenwerk, inhabited by architects and designers. The old stomping ground for Bach, Goethe, and Nietzsche has transformed into a contemporary creative hub, a place where social realism meets pop art — still shabby, and definitely chic.

Travel an hour west by train and the atmosphere in Dresden, Saxony’s capital, is essentially the opposite. The devastation of the aerial bombing attacks of the Second World War was atrocious and absolute. An initial plan for reconstruction was presented in 1946, so many of the buildings — such as cupcake-cute Frauenkirche and the bravura opera house Semperoper — have been literally resurrected from the dead; old shapes reinvented with new materials. The Elbe River is once again lined with a parade of domes, towers and spires, and it’s hard to believe that the baroque beauty of today’s Zwinger Palace isn’t the original construction from the early 18th century.

The palace courtyard is covered with lush lawns sprinkled with fountains; inside await three museum collections that are among the worlds finest. But it’s not the throngs of porcelain, the incredible tools of science, or the sculptures that touch me the most — it’s the paintings by the old masters. Here, there's an almost improbable gathering of Vermeers, Rembrandts, Liotards, Giorgiones, Rubens and Correggios. I find myself tearing up in front of Raphael’s The Sistine Madonna. Something deep inside is moved when standing in front of such flawlessness, in a city that less than 100 years ago was a sooty hole of abolition. Thoughts about good and evil, the unbearable heaviness of being and human lunacy flutter by. How incredible; and how incredible that I’m alone in front of this painting!

Want to get your art fix in Saxony? G Adventures can't get you there — but we can get you close (and remember: if you want to extend your trip beyond our scheduled itineraries, you can!). Check out our small group tours to Germany here. 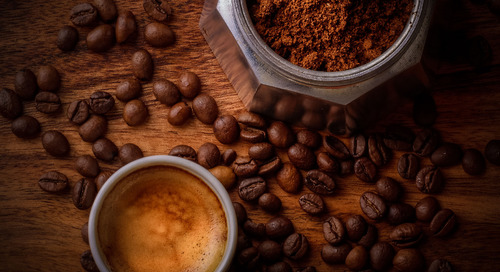 Want some of the best coffee in the world? Go to Calgary 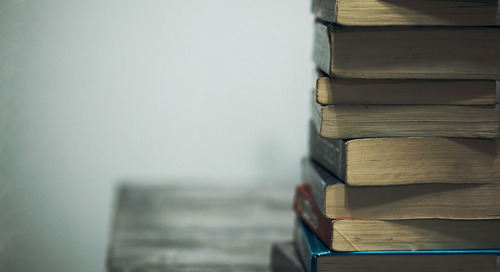 10 must-visit independent bookstores around the world

Scratch your bibliophilic itches even while you're on the road