Home » The Looptail, The Travel Blog Powered By G Adventures » In Taiwan, food and history are served together
× Share this Article

Taiwan is one of our brand new destinations for 2019. Click here to see the full list of new tours and destinations!

My trip to Taiwan began as a brief, weeklong sojourn — the least amount time I’d spend in any one place during my few years working and travelling across Southeast Asia and Europe. The mission, once I arrived, was simple: consume as much delicious food as possible in a relatively short period of time, mainly at the types of restaurants and street food stalls that I ordinarily sought out while travelling throughout Southeast Asia.

While attitudes and styles are quickly changing across Asia, there exist, for me, a few quintessential signs of a good place to eat: walls covered in grease, seating areas adorned with little more than faded promotional calendars and advertisements, a customer service experience that’s almost entirely transactional. These types of places often hum with the frenetic energy and reverence of a collective body enjoying themselves. Prices, if posted at all, seem frozen in time. Communal eating is often the norm and, in some cities, the most popular spots unite different classes in a way no other pursuit can achieve.

The first restaurant I visited in Taipei had all of these traits. Though to call it a restaurant would not be entirely accurate. It was a singular man — I would later learn he was the second generation to helm the spot — who was churning out every single dish that left the premises: this was Mr. Chou’s Jiangsu Knife Cut Noodles, which I found while out for an evening stroll. The line poured out of the restaurant and onto the sidewalk outside; fashionable youth, elderly patrons and middle-aged office workers all waiting patiently as the man fastidiously churned out noodles.

I took my place in line and an older gentleman struck up a conversation with me. He asked me if I’d had the chance to eat at this restaurant before, and then gave me a quick history lesson — my introduction to to the intersection of food and history in Taiwan — beginning with the fact that Mr. Chou’s, in Taipei, was founded by a man from Jiangsu, China.

Waves of migration have created a fascinating tapestry of food influences across Taipei — not just at Mr. Chou’s. While small numbers of mainland Chinese began migrating to Taiwan from the 1500’s onwards, the early 17th century saw the establishment of a Dutch East India Company outpost, plus Spanish attempts to create a foothold on the island. The Spanish were ousted in 1642; the Dutch left two decades later. This heralded an era of control by the Qing Dynasty, which continued unabridged for 270 years. Japan assumed control from 1895-1945, followed by an influx of 1.2 million Chinese migrants to Taiwan following the triumph of the Communist regime in China in 1949. The influx of Nationalist soldiers and government officials ushered Taiwan into a dark and repressive period, and the world’s longest stretch of martial law, which lasted from 1949-1987.

The aforementioned Japanese influence has largely disappeared, as have any echoes of Dutch and Spanish colonization. But a love for Japanese-style seafood has remained. Consider the Aquatic Addiction Lounge. Modelled after a typical wet market, the spot teems with a huge array of seafood, all available to purchase for cooking at home, or to eat at the market. I strolled around the lofty space for more than an hour before I grabbed a huge tray of fresh sushi and sashimi, and several beers. The spot provides an excellent opportunity to experience high-quality fish at reasonable prices while mingling with locals keen to do the same.

It’s almost impossible to spend any time in Taipei without seeing locals slurping bowls of beef noodle soup. A descendant of Szechuan cuisine, it often includes braised cuts of beef and tendon and hand-pulled noodles, and can come with either a hong shao (spicy/red/oily) or ging dan (clear/light) broth. So the next stop on my whirlwind culinary pilgrimage was Ling Dong Fang, a renowned noodle house. For more than three decades, it has produced noodle soups with immense depth; each bowl a mix of extremely tender meat and a rich broth that falls somewhere between hong shao and ging dan in style. Each bowl also features noodles that somehow maintain their bite for the entirety of the meal, despite the initially volcanic temperature of the broth. Each table also includes beef tallow with chili (listed as “spicy chili butter” at the restaurant) which, depending on your threshold for spice, is a worthy addition to the soup. A variety of self-service side dishes, such as fried whitebait with peanuts or pig’s ear with sesame oil, round out the meal. Despite having eaten hundreds of bowls of noodle soup across Asia, the one I had at Ling Dong Fang is the one to which I will forever compare all others.

The subject of history constantly reappeared as I traversed Taipei, and each restaurant seemed to reveal another layer of the migration that has informed so much of Taiwanese cookery. I’d grown accustomed to the state-sanctioned narratives on plaques, in museums, and on monuments in other major cities across Taiwan. Or, worse, I’d come to see the wholesale erasure of history that comes with autocratic governments and a disempowered citizenry. While many citizens of Taiwan have themselves lived through both scenarios, the people — and the food — I encountered spoke freely about the history and hardships that the country has experienced.

Back at Mr. Chou’s, before ordering, the gentleman in line let me know that the tiny restaurant had long sold knife-cut noodles, despite the hand-cranked noodle making machine being used on the day of my visit. He informed me that the two main dishes, zha jiang mian and beef noodle soup, were prepared in an older Chinese style — reflective of the restaurant’s Chinese origins. Apparently, it’s not uncommon for older Chinese tourists to eat at the restaurant; while dishes in their native China have evolved over time, the food at Mr. Chou’s remains a faithful rendition of how it used to taste.

We continued to chat as we ordered and collected our food. So many people in Taiwan connect with their roots through the food they eat every day, he said, but noted it was impossible to insulate dishes like the ones at Mr. Chou’s from the constant change typical of the city at large: few places like Mr. Chou’s remain in Taipei. But, despite his age and obvious nostalgia, he asserted that each generation should have the ability and freedom to shape the cuisine of Taiwan — earlier generations, from various points of origin, had after all done the same.

He was taking his noodles home, so we shook hands and parted ways. Our time chatting — and the meals that would follow — left me with a much deeper understanding the origins of Taiwanese food; a congruence of food and history that exists in delicious unison.

Want to check out the culinary offerings of Taiwan for yourself? G Adventures can get you there. Check out our Taiwan Discovery tour here. 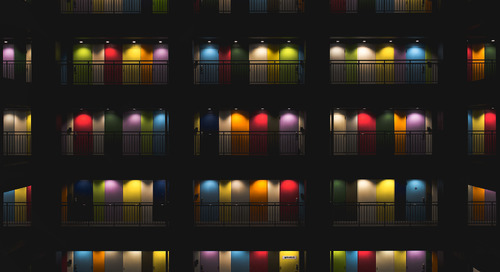 If you're looking for likes, this blog post is for you 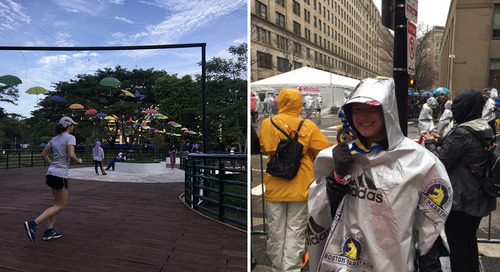