Home » The Looptail, The Travel Blog Powered By G Adventures » The 10 most Instagrammable spots in Asia
× Share this Article

Travel is great for the ‘gram. No trip is complete without a few Instagram posts to make everyone back home ooh and aah at the delights of your travels. From Bangkok to Shanghai and Taipei, and beyond, here are some of the most Instagrammable hotspots across Asia:

The Great Wall is a must-see for any tourist visiting China, but it makes an especially great photo when you visit the Jinshanling section of this ancient architectural masterpiece. This part of the wall is roughly 80 miles from Beijing (a two-hour drive or so), and is situated in a stunning natural landscape of rolling hills and mountains. Finding the right angle and good weather are key for shooting here, but the views will not fail to disappoint.

For those who relish in gold bling, look no further. This is a must-see piece of architecture in Bangkok, which can only be viewed from outside. It's not only a tourist go-to, but also a pilgrimage for Buddhists from around the world.

This is the ultimate city view in Tokyo, which captures the entire cityscape with Mount Fuji in the background. Visit this top-of-the-hill viewpoint at night to see it all, or get close-up views of Tokyo Tower, the Tokyo Skytree or the thousands of skyscrapers lit up after dark.

The Lujiazui Skyline in Shanghai

This stunning silver-lined skyline is one of the best urban cityscapes the world has to offer. To get the best shot of the skyline, visit The Bund, the waterfront area along the western bank of Huangpu River, right in central Shanghai. It’s best to capture the shot of the famed architectural gems along this skyline, from Jin Mao Tower to Shanghai Tower and the World Financial Center, among others, all clustered together at sundown

The Soho Odaiba in Tokyo

Look no further if you're searching for the perfect Instagram spot in Tokyo. This coworking space in the district of Odaiba is home to 13 floors of office space for rent, but the building itself is striking. The best time to stop by is at night, when it's all lit up, giving it a cinematic vibe.

The lilong, or lanes, often referred to as lanehouses, are small streets that line the back alleys of this busy city. As Shanghai becomes more gentrified, walking through these small, iconic streets feels essential. Tianzifang is a famous ancient lilong that was recently restored by the city so visitors can get a better sense of what it once was. Nearby, there are small merchants selling souvenirs, plus pubs and small food stands.

Thit is one of the most impressive anime murals in the world. Set in Taipei’s district of Taichung, a slew of characters are on view, capturing the heart of any true comics fan.

This colourful temple, also known as Wat Khaek, is Bangkok's most sacred Hindu temple. It’s also the most recognizable one. Built more than 100 years ago, it's adorned with sculptures of Hindu deities on its sides. To get the best shot, Stand on a street corner with a friend holding your camera near sidewalk-level below, to capture the eclectic temple behind you. Nothing tops that.

This is the most beautiful street, if you're into cityscapes that take you back in time. Lined with red lanterns, this Taiwanese street in the old mining town of Jiufen is worth the day-trip from Taipei. Old shops selling antiques and handmade wares can be found in this neighbourhood, which is near the northern tip of the island. The street is on an uphill slant, so from the bottom, you get a stellar view of it all.

Check out our small group tours to Asia here. 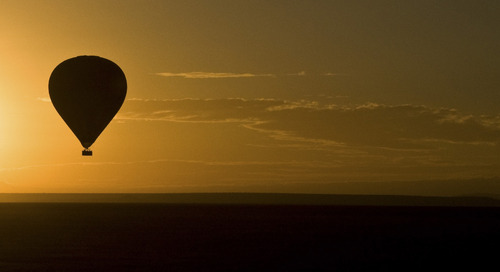 There's no shame in feeling homesick

...even if that means seeking out fast food as the cure 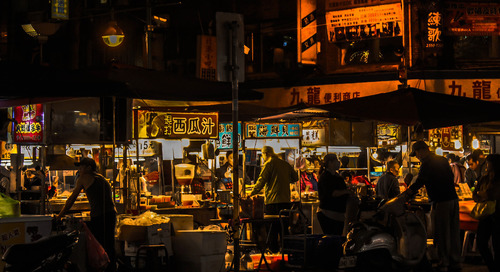