Home » The Looptail, The Travel Blog Powered By G Adventures » Instagrams of the Week: Creature Features
× Share this Article

Instagrams of the Week: Creature Features

Spotting the local species has always been a big draw for the curious rover, and our travellers are no exception. From the quiet sloth of Central America to a ferocious shark off the coast of Cape Town, marvel at this cross-section of creatures—and be sure to follow @gadventures on Instagram for more!

Our week of animal regrams began with this adorable golden lion tamarin, taken by our own @oana_dragan in Brazil. An endangered species, there are approximately only 3400 of these monkeys left.

#Gadv traveller @seeaych spots the emerald eye of a Nile crocodile in Botswana. The second-largest reptile in the world, they are found throughout Sub-Saharan Africa. Although highly aggressive, they are also a very social species, hunting and basking together in large groups.

Traveller @tozpack_ had a close encounter with a magnificent great white while shark cage diving in Cape Town, South Africa. With isolated exceptions, the "white death" doesn't actively seek out humans as prey, although they are responsible for the largest number of unprovoked attacks. This is often due to mistaking humans for seals or other marine food sources.

@yolod88 snaps a sloth in Costa Rica climbing down a tree. Spending most of its life hanging from branches, a sloth will only descend to the ground about once a week, making this a very rare sighting.

What better way to end our animal regrams week than this regal lion, taken by @bradfraser_otpyg in Ngorongoro, Tanzania.

Spotting the wonders of our world above and below the waves, we share the best snaps from our travellers on the @gadventures Instagram. If you're on tour, be sure to use #gadv to join in! 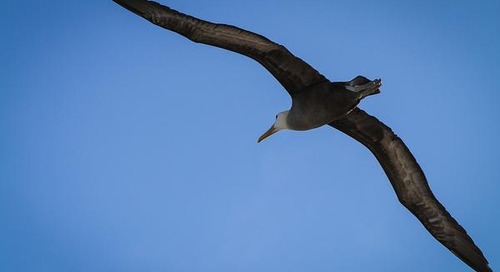 Rare Air: 4 Birds You’ll Only Find in the Galápagos

Here are four can’t-miss birds native to the Galápagos Islands that you just... 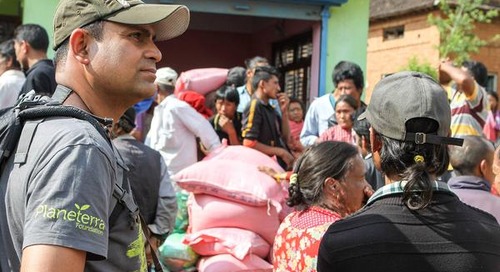