Home » The Looptail, The Travel Blog Powered By G Adventures » Instagrams of the Week: Western Europe
× Share this Article

Instagrams of the Week: Western Europe

History is around every corner when it comes to Western Europe. The lands of Britain, France, Greece, Spain and Germany sit proudly upon thousands of years of tradition, helping to mould them into the unique cultures we get to visit today. Take a moment and dive into the romance of the Old World, where ghosts haunt the walls and fairytales become real.

The Tower of London by @foseverin. The Tower has played a pivotal role in English history, serving as an armoury, treasury, menagerie, royal residence and prison. Many ghosts are said to haunt its chambers, the most famous of which is Anne Boleyn, who was beheaded here in 1536 for treason against Henry VIII.

Stunning Santorini in Greece by @yui_fanie. This island, one of the Cyclades, curves around a crater left by a huge volcanic eruption in the 2nd millennium BC. Famous for its indigo waters and striking sunsets, Santorini's history stretches back to the Minoan civilization.

The Alhambra Palace in Spain by @obscuradigital. Originally built as a fortress, it contains beautiful Islamic architecture and was described by Moorish poets as "a pearl set in emeralds.” It was converted to a Christian palace after being conquered by King Ferdinand II of Aragon and Queen Isabella I of Castile in 1492.

Wanderer-in-Residence Gary Arndt of @everythingeverywhere takes an alternative view of the Eiffel Tower lit up at night – snapping France’s most famous piece of architecture from beneath. It is named after the engineer Gustave Eiffel, whose company designed and built the tower in 1889.

Neuschwanstein Castle in Germany by @aliceinherpalace. Built as a retreat for the reclusive King Ludwig II of Bavaria in 1892, it has gained fame in the modern era as the inspiration for Disney’s Sleeping Beauty Castle. 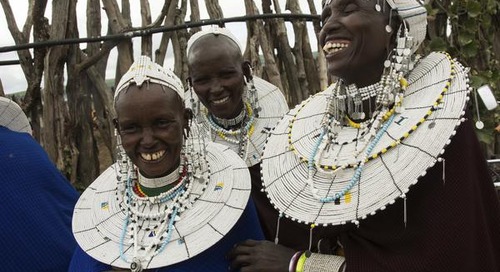 Gallery for Good: Planet Her 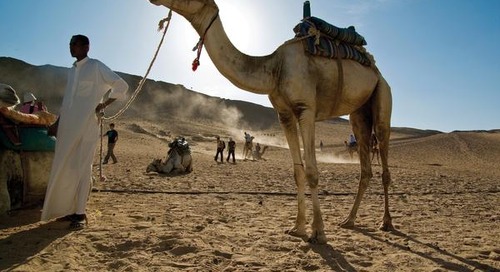 Turn the pages of more than 30 centuries on this whistle-stop tour of Egypt’s history.