Years ago, as I headed to Italy to research food and farming, I decided to bone up on local idioms — colourful expressions that make little sense to the casual traveller but are among the most vibrant ways to convey information. These phrases aren’t intended to be taken literally — in English, “It was as easy as pie,” “Don’t talk turkey,” and “I smell a rat” have nothing to do with baked goods, birds, or rodents — but, when used, lead to a deeper understanding of a people and place.

The English language is estimated to contain at least 25,000 idiomatic expressions: “Language reflects culture,” explains Ivana Viappiani, an Italian language instructor at Boğaziçi University in Istanbul, Turkey, adding that “idioms are a mirror of society that reveal customs and cares — what has been important to a group of people over time.”

For example, it shouldn’t surprise us that the colloquial reference “Molson muscle” (or beer belly) highlights one of North America's most established lagers, or that a double-double — a term that used to be exclusive to Tim Hortons — is now a generic reference to a coffee with two creams and two sugars that has made its way into the dictionary.

There are also, of course, similarities across cultures, such as the idea of "knocking on wood" as a way to prevent bad luck. In India, my native homeland, we shorten the term to “touch wood” and immediately reach for a wooden surface. If there's no wood nearby, we knock on our heads.

In Italy, local idioms reveal Italians’ interest in food, art, faith, and superstition, and are often accompanied by hand gestures that add another layer to the joy (and struggle) of learning la bella lingua. So, I picked up a book of idiomi. More fun, I reasoned, than trying to remember verb tenses. I homed in on what looked familiar: what the text described as the Italian equivalent of “knock wood.”

The book — which I would later learn was incorrect — explained that, in Italian, the saying that warded off back luck was Io mi tocco. I didn’t think much about the direct translation because it was an idiom, and because I recognized the word “touch.” The expression made sense to me after years of knocking my own head as a response to “touch wood.”

I went off into my Italian life boasting my superstitious self at every opportunity. At the bar, punctuating a post-cappuccino discussion on the state of world politics: Io mi tocco! At the grocery store, sharing a wish that both the cashier and I would avert the pending rainfall: Io mi tocco! After an interview with an esteemed researcher, for reasons I can no longer remember but assuredly to prove I was in the know. I couldn’t conjugate verbs, but I knew how to ward off bad luck: Io mi tocco!

On the final night of my research trip, four months to the day after I arrived, I arranged to meet several friends for a goodbye aperitivo (the glorious Italian pre-dinner tradition of a light snack and drink).

My friend Manuela, who was coming directly from work, asked if we could meet early. We toasted over a bottle of Franciacorta and started catching up.

“I hope your book turns out really well,” she said.

I squeezed her arm and replied with a smile, “Io mi tocco.”

Aghast, she stuttered, “What did you say?”

“We do not say that,” she said, cutting me off and dissolving into laughter.

I topped up my glass, joined her in laughter and spent the rest of the evening recounting the gaffe.

Years later, on a return trip, I learned that the appropriate, correct phrase is tocco ferro: “touch iron.” Mi tocco is actually a crass way to say the same, used exclusively by males who accompany the saying not by knocking on wood but touching —grabbing — personal iron, shall we say.

I don’t want you to repeat my mistakes on your Italian adventure. The following commonly used expressions have been confirmed by experts — and will have you sounding less like un straniero (a foreigner) and more like uno del posto (a local) in no time.

In bocca al lupo (“In the wolf’s mouth”)

This expression is the equivalent of “break a leg,” a term that’s associated with the theatre as a way to wish musicians and actors good luck. (In Italy, the literal translation of "good luck" — buona fortuna — is considered bad luck, just as it is in English-speaking theatre circles). The Italian saying has multiple potential origins. Some say it originated with the mythical founders of Rome, Romulus and Remus, who were suckled and cared for by a she-wolf, and that it conveys a wish to be protected. Others say the expression reveals people’s fear of wolves, which makes more sense when paired with the obligatory response to the expression. It’s not “thank you” (grazie), but crepi lupo: “May the wolf die.”

Another colorful way to wish someone luck? In culo alla balena: “May you be in the whale’s ass.” The proper response? Speriamo che non scorreggi: “Let'’s hope it won’t fart.”

Non avere peli sulla lingua (“Without hair on his tongue”)

This is how Manuela explained to me how clueless I was about idioms: frankly, without any worry that she’d offend me. Which is to say: This phrase is used as a request when you want someone to be brutally honest with you.

Someone who tells it like it is, in Italian idiom-speak, is one who dice pane al pane e vino al vino: “calls bread bread, and wine wine.”

Giancarlo Rolandi, an Italian filmmaker and author of books on Italian food, says, “Imagine if your forearm was connected directly to your shoulder; it would be very difficult to put your hands in your pockets to take out money." In other words, this is a colourful way of saying someone is cheap.

Italian language is rich with food-and-drink idioms, highlighting how integral cuisine is to the culture. Topping the list is bread, a dietary staple that reflects the regional and culinary diversity of the country’s 20 regions. It's also a spiritual staple, symbolizing the body of Christ in Catholicism. Bread is so revered that Italians try to reuse every last morsel, and kiss any leftover crusts before throwing them away as a sort of cosmic apology. Buono come il pane is a high compliment, used to describe a person who has integrity, is kind and trustworthy, and is, generally, as good as they come.

If you’re drowning in a glass of water, you’re making a mountain out of a molehill — making something big out of something small. Another way of saying this, Rolandi explains, is tempesta in un bicchiere d’acqua — a tempest in a teacup, which is also an expression that's used in English.

Conosco i miei polli (“I know my chickens”)

In Northern Italy, this saying is spoken in both English and Italian. It’s used to convey confidence, a way of asserting, “I’ve got a handle on the situation,” or, “I know what I am dealing with.”

This expression refers to pursuit that is no longer interesting — with a lover, a professional endeavour, or any situation that has lost its lustre. “If I have corn soup every day,” Rolandi says, “it’s too much of the same. After two weeks of corn soup, I want a sausage.”

In Italian, zucca is used not only as a reference to pumpkins (utilized in Italian cooking in soups, pastas, and desserts) but also when referring to the human head. Someone who has salt in his or her pumpkin is not only smart, but has common sense.

This expression means that every small thing contributes to the whole. Most broths are cooked from meat; but, in leaner times, meat was used sparingly, and many kinds of foods were (and still are) used to season soup: crusts of cheese, herbs, vegetable shavings. Every bit counts.

Now you’re well on your way to getting a sense of not only the country but its people. È un gioco da ragazzi, right? Child's play!

Ready to try your hand at some of these idioms in bel paese (the beautiful country — another name for Italy)? G Adventures can get you there. Check out our small group tours to Italy here. 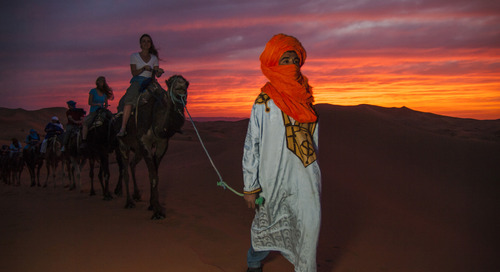 From the Atlas Mountains to Zag, there's more to Morocco than you'd ever imagine 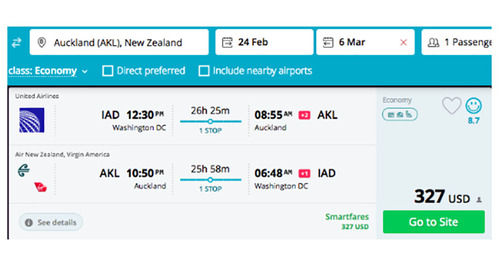 Mistake airfares: All you need to know

How to find too-good-to-be-true flight prices