Home » The Looptail, The Travel Blog Powered By G Adventures » Morocco A-Z: An alphabetical guide to the African country
× Share this Article

When a country is so incredibly diverse, unimaginably beautiful, and has such a deep and fascinating history as Morocco, it’s sometimes difficult to know to where to start writing about it. This A-to-Z list still only scratches the surface on what to do in this magnificent country, but it’s enough to make you consider hopping on the next departing plane:

The Atlas Mountains stretch nearly along the whole of Morocco’s core, and are divided into three distinct regions: the Anti-Atlas, Middle-Atlas, and High-Atlas. Crossing these mountains is a must. The region’s otherworldly beauty will capture your imagination and never let go.

The Berber people — or Amazighs — were the original inhabitants of Morocco. The Gnaoua music festival showcases Berber music, Berber languages are increasingly widely spoken, and Moroccan tourism is more strongly promoting Berber culture than ever before.

Casablanca is Morocco’s biggest city, and its commercial capital. Hal B. Wallis’ production of the movie Casablanca brought the city much of its fame, and the name still has a romantic charm — but the city itself has blossomed into a massive metropolis if more than three million people.

The Draa Valley stretches from the city of Ouarzazate to the burning sands of the Sahara Desert. The valley is filled with picturesque villages, friendly locals, kasbahs, palm trees, and Mars-like landscapes.

Erg Chigaga is one of two ergs — which is a type of sand "sea" — in the Moroccan Sahara.

One of the biggest cities in Morocco, Fez is generally referred to as the country’s cultural capital. It has a UNESCO-protected walled medina, is filled with medieval architecture and dizzying souks that you could navigate for days, and is a foodie paradise.

Argan oil is one of Morocco’s biggest exports – and Moroccan goats absolutely love to eat the argan tree's fruit and leaves. Masters of balance, these goats climb up into the branches to fill their stomachs. They later excrete the nuts, whose seeds are used to make oil.

This traditional soup of tomatoes, spices, lentils, and chickpeas is often eaten as a starter, but can easily be eaten as a standalone light meal. It’s as ubiquitous as it is delicious.

Ifrane is very unique among Moroccan cities. Located in Middle Atlas region, the city is known for its Alpine-style architecture, and for the surrounding ski slopes. It’s the Switzerland of Morocco, albeit with much less snow.

Jemaa el Fna is the main square in Marrakech’s medina quarter and is loved by tourists and locals alike. The sprawling square is filled with orange juice vendors by day, but it unfolds into an energetic and bustling scene at night as storytellers, dancers, food vendors, musicians, and other performers move in.

Ait Benhaddou is a fortified mud-brick village near Ouarzazate. It’s famous for its appearances in movies such as Lawrence of Arabia and Gladiator. The ancient UNESCO-protected ksar is amazingly picturesque and makes for a great place to explore, allowing you to step far back in time.

Perhaps Morocco’s most famous and unique beach, Legzira beach is found between Mirleft and Sidi Ifni. The rock-covered beach sits along the Atlantic ocean and is most well-known for its stunning stone arch.

Most Moroccan cities have medinas, which are distinct walled sections of the cities - typically the old quarter. Medinas are filled with maze-like streets, which allow you to get lost in Morocco’s history and architectural beauty. Medinas are often busy and near souks (markets) where you can buy almost anything imaginable.

Tea is somewhat of an obsession in Morocco. Most mint teas are made from green tea, spearmint leaves, and an insane amount of sugar. Huge bunches of fresh mint can be seen is all the markets, and men can be seen sipping tea from tiny glasses all day long. You’ll likely be asked to sit down and enjoy a cup of ‘Moroccan whiskey’ with a friendly stranger..

Located in the High Atlas Mountains, Oukaïmeden is the highest ski resort in Africa. It’s a sleepy mountain village far away from the bustling streets of Marrakech and from the heat of the desert.

Vast palmeries blanket the valleys in Morocco’s south. The palmeries are a source of life for many communities, where apricots, figs and an abundance of other crops are grown among the palms. The oases are also a sight for sores eyes after driving through the desert for hours. No, that’s not a mirage; it’s a bright green, palm-filled oasis.

"Traveling — it gives you home in thousand strange places, then leaves you a stranger in your own land.” - Ibn Battuta

Riads are traditional Moroccan mansions, which are often old and renovated. Riads are common throughout the country, and generally have stylish designer touches, and interior gardens and courtyards. They make for tranquil retreats from the busy streets surrounding them.

One of the most unforgiving places in the world, the Moroccan Sahara is also one of the most sought-after places to visit, and has long been stuck in the minds and hearts of explorers. It is indeed breathtaking — giant sand dunes stretching as far as the eye can see, and by night, a sky filled with millions of sparkling stars.

The tagine is one of Morocco’s beloved dishes, and it’s named after the dish in which it’s cooked. Tagines are kind of like stews - they often feature meat with vegetables, a variety of spices, preserved lemons, olives, and dried fruit. Be careful, because not only is the food addictive, but the earthenware pot arrives at your table piping hot.

U. Utensils or lack thereof

Eating with your hands is a cultural tradition in Morocco. Bread is served with most meals, making it easier to use your hands to eat. It’s a custom to eat with your right hand only. Utensils are in some cases used, especially for certain meals like soups, and for travellers who would rather not use their hands.

Morocco is shared by numerous valleys which have been carved into the country’s landscape over milenna. Most notable are Draa Valley, Ourika Valley, and Paradise Valley, which is known for its wealth of rock pools and small waterfalls. All you gotta do is jump in to beat the heat.

Western Sahara is a disputed territory bordered by Mauritania, Algeria, and Morocco. It’s partially controlled by the indigenous Sahrawi people of the Sahrawi Arab Democratic Republic and Morocco. The region is largely desert and is sparsely populated.

Chefchaouen — Morocco’s "blue city" — is located in the Rif Mountains and is best known for its beautiful blue-washed buildings in its old town. A photographer’s paradise, the town has its own distinct, artsy character which has been luring in travellers for decades.

“Yalla” is an Arabic expression that means “come on,” “hurry up,” or “we’re going,” and it’s commonly used and heard throughout North Africa and the Middle East. Keep your ears peeled and you’ll hear it.

This is where the road ends for many: the last stop before the Sahara. Zag is where travellers come to embark on their Sahara expedition.

Check out our small group tours to Morocco here. 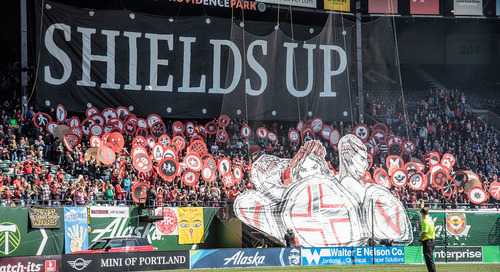 How women’s professional soccer can kickstart your visit to Portland

The Rose City has thrilling sports, game-changing books, and great food and fashions 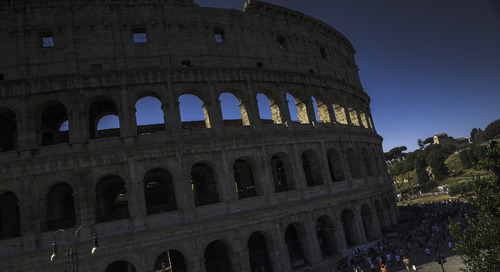