Home » The Looptail, The Travel Blog Powered By G Adventures » Lost and Found: Turkey and the art of hospitality
× Share this Article

Lost and Found: Turkey and the art of hospitality

I had a whole month on my first trip to Turkey. And while it was tempting to spend weeks getting lost in Istanbul, or exploring the dramatic rocky landscapes of Cappadocia, I eventually decided to devote my time in the country to a 350km (217 mi) trek. Solo.

When I set out for the journey from Istanbul, I had a sleeping bag, tent, and cooking essentials in my backpack, and was fully prepared to camp on all 22 nights of a cultural walking route called the Evliya Çelebi Way, which is named after a 17th-century Ottoman traveller and writer. What actually transpired along the trail was a different story. In the end, I pitched my tent just four nights. On the remaining nights, I was invited into the homes of more than a dozen Turkish families in the rural region of Anatolia, who always offered me a couch or bed to sleep on, a place at their round silver dinner tray, and endless cups of steaming tea, or çay.

Every day I spent on the Evliya Çelebi Way brought the frustration of being lost — deep in the forested hills of Anatolia, far from the winding alleyways of Istanbul that I’d imagined. But ending each day with a family replaced my frustration with comfort and camaraderie.

I met olive and tomato farmers, shepherds and teachers — countless individuals whose welcoming nature made me feel at home in a culture vastly different from my own.

On my next-to-last day of the trek, I grew incredibly lost — in my notes, I even described it as the “most lost” I had ever been. As I emerged from the forest at last, just before nightfall, I was planning to camp at the first water trough I found when I stumbled across a small home in an isolated valley. My loaded-down backpack felt lighter at the sheer sight of it.

If the house was empty, I knew I could at least pitch my tent behind it and feel somewhat sheltered that night. But what made my heart soar even more was a small tendril of smoke curling away from the chimney — this house was occupied.

Just as I’d experienced on so many other nights, the family inside — which was made up of a tall, mustached man named Huseyín; his wife Selima, nearly a foot shorter than her husband, her hair covered with a white headscarf; and their twentysomething son Gökhan — immediately welcomed me in. So, too, was my stay with them defined by the same rituals I’d grown accustomed to in other homes in Anatolia. There were more bottomless cups of çay, and dinner was again served on a round tray over a cloth on the floor, which held savoury tarhana soup, fried green peppers, omelettes, cheese and hearty bread.

But there was something that set this night apart from my other homestays along the Evliya Çelebi Way. This family’s home was the first that I had stayed in that had neither electricity nor running water. Their cozy one-room house was lit by a single kerosene lamp, its glow cast around the room by a brass reflector on the back of the lamp. The only other source of light was the glimmering tip of Gökhan’s cigarette.

After dinner had been finished and the round tray stored by the stove, I sat back on one of the family’s three beds, taking notes. Just then, Huseyín hopped up and brought in a few apples from the front porch, which had been chilled merely by being left out in the brisk night air. He tossed an apple to each of us across the room, along with small candies.

“No,” I replied, “better than a hotel,” to which they all laughed.

But it was true — on my most difficult day of the journey, it seemed nothing short of a miracle that I had found my way into such a cocoon of warm companionship.

What I love about travel is the risks that it requires of us — how it constantly asks us to journey beyond our comfort zone — and that these risks so often lead to great rewards. For me, this trek was such a risk — I was walking alone across rural Turkey as a woman, without a map and only a compass to guide me. But the spontaneous kindness I was shown over and over by the families I met not only combatted my fear, but ultimately gave me the courage to keep going in spite of it.

After my time on the Evliya Çelebi Way, I spent several years traveling full-time before settling down back in the U.S., where I now have a permanent home of my own again. Sometimes friends will drop by my apartment, and I always love welcoming them in, scrounging up lunch or snacks for us, and offering them a cup of tea, of course.

And it’s as I’m waiting for our tea to steep that I’ll often remember the people I met in Anatolia and realize I finally have the chance to give back some of the kindness and hospitality I was shown at every step of the way through Turkey.

I’ll never forget the doors that were opened to me there, and I know my own door now opens to others all the more swiftly because of them.

G Adventures runs a number of departures in Turkey encompassing a wide range of departure dates and activities to cater to different tastes. We’re thrilled at the prospect of showing you this big blue planet of ours — check out our small group trips here. 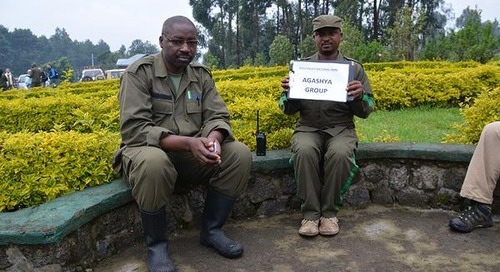 Travel blogger Cailin O’Neil tests her endurance on a trek to see the mountain gorillas in Rwanda. Fair war... 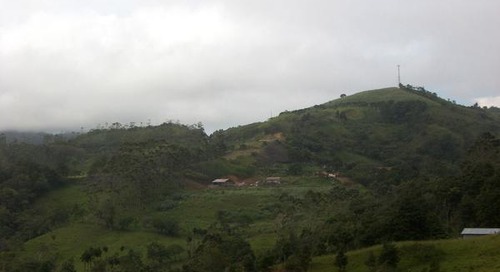 Life is a Highway: Darién’s gap in Panama

It may be the home of the only spot where the Pan-American Highway breaks, but travel writer Greg Snell rev...