Home » The Looptail, The Travel Blog Powered By G Adventures » Love, work, and chocolate: The secrets of Sarapiqui
× Share this Article

Love, work, and chocolate: The secrets of Sarapiqui

Who would have thought you could find love in the rainforest of Costa Rica? Tarantulas, yes. Sloths, most definitely. The haunting call of the howler monkeys, every day.

But under a moonlit night, glistening in the glow of my headlamp, I find two lovers: red-eyed tree frogs cheek-to-cheek on a broad palm leaf, looking as contented as can be.

Our guide lowers his voice. As the rainy season gets underway, he whispers, this is mating time for the bright green amphibians, which snooze all day. By night, they’re ready for some action.

And so are we as we set out on a nocturnal hike in the lush rainforest known as the Selve Verde Rainforest Reserve in the Sarapiqui region, about two hours north-east of Costa Rica's capital city of San Jose. This is just one of several after-dark jungle walks you can take.

Being in the rainforest by day is cool enough, but under a moody night sky and amid towering trees, your senses become highly attuned. You pick up on rustlings in the leaves — maybe that was a sloth! — the sing-song of birds and the unsettling call of howler monkeys, which sound a bit like a mob of barking dogs.

Tourists may be much more familiar with the Pacific Coast beach towns of Papagayo and Nicoya, but the Sarapiqui region of Costa Rica is appearing on the radar of more travellers as an adventure-filled ecotourism destination. The region in the Heredia province is famed for its massive banana plantations, but it also grows coffee and cocoa. From here, you’re just about a couple of hours’ drive to the even mellower Caribbean side.

Here are a few more ways to experience the Sarapiqui.

Elixir of gods and mere mortals

The next time you eat real chocolate — not your impulse candy bar in the grocery store lineup but real 65%-plus chocolate — consider it took more than four years to get to your taste buds. All the more reason to savour it and the mood-lifting hormones it releases in the brain.

On a two-hour cocoa plantation tour at Trimbina Reserve, we get a real appreciation for what we’re about to taste walking beneath the broad leaves of a cocoa plant. It takes four years for a plant to flower and another six months for it to bear fruit – and only one per cent of the starburst-shaped flowers actually become fruit. Only 30, chocolate bars (100-gram size) can be made from one plant.

Our guides ground the cocoa seeds into a fragrant dark mash and mix it with steaming water to make hot chocolate. Sprinkled with fresh vanilla or a hint of chili pepper, it tastes like a drink for the gods.

Workaholics of the rainforest

Watching thousands of tiny leaf-cutter ants march endlessly along a length of tree is an incredible sight. Thankfully, they don’t bite unless threatened.

These industrious insects take their job of stripping leaves from trees, flowers and bushes so seriously that they keep 10-hour days and can carry 20 times their weight, says Leo Herr, an entomologist who has studied the ants for 25 years. He runs Aguas Bravas, where you can take the one-hour tour and then go river rafting on the Sarapiqui River, which runs along his property. Herra became fascinated by the leaf-cutters after they destroyed his farm. He learned along the way they are also a vital part of Costa Rica’s ecosystem because they cleanse the forest, making way for new growth. This is the only way you get to see the elusive queen leaf-cutter of Herra’s million-strong colony, something you’d never spot in the rainforest.

Dining al fresco on a farm

The Costa Rican way of life known as pura vida — translated as the pure or simple life — is much more than a catchy phrase. Most Costa Ricans follow that motto in their daily lives, which is why the country consistently lands in the top spot on the Happy Planet Index.

You are fed so generously, you might feel like you’ve dropped into an old friend’s place. Platter after platter of fresh peppers, tomatoes, wood-fired grilled plantains and meats and hand-made tortillas just keep coming to the table under an open-air shelter. The final course is bottles of hand-made vino de mora, a berry wine with a kick. After a few sips, we are definitely feeling the pura vida we came here for.

[Check out our small group tours to Costa Rica here](https://www.gadventures.com/destinations/central-america/costa-rica/0. 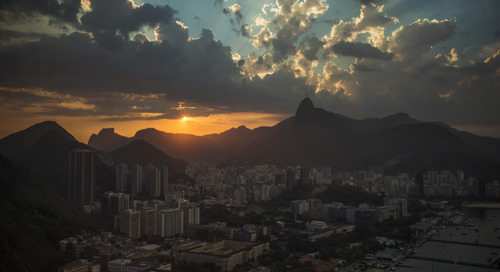 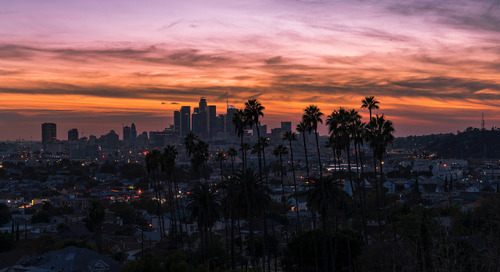 Why Los Angeles is the 20th century, manifest

Don't let the locals fool you: there IS a subway