Brazil boasts countless rolling mountains, volcanic hills, shell-mountains and massifs. Some can be climbed, others can't. One is an active volcano.

Brazil is a sprightly 517 years old, but has some of the oldest geology on the planet, including the Tumucumaque, Imeri and Pacaraima mountain ranges. These misty peaks are also where some of the world's most precious crystals are mined, from quartz to tangerine crystal, from amethyst and green tourmaline, while other mountains have cable cars to get you quickly to the top. Here is a quick guide of what you see across the country, from São Paulo and Rio de Janeiro, and beyond:

Probably the most well-known mountain in Rio de Janeiro, it’s found along the Guanabara Bay peninsula facing the Atlantic Ocean. It’s likely the most photographed mountain in the city, too, as it can be not only viewed from various points in the city, but it has a cable car that fits 65 people runs along 4,600 feet between the mountain and the Morro de Urca (which takes only three minutes to reach). The mountain got its name for looking like a mound of loaf sugar, though it’s also a quartz mountain, known for its clear crystal rock.

Perched between the border of the two neighbouring states of Espírito Santo and Minas Gerais, this mountain is the third tallest in the country. It’s also one of the most beautiful ones, so if you're visiting the Caparao National Park, you can’t miss this main attraction. It can be climbed to reach its 3,000-foot plateau, but there are also roads, which cars, trucks, motorbikes and even bikes can ascend (the road to the top stretches five miles). It’s accessible through the nearby town of Alto Caparaó.

Though this mountain’s peak can't typically be seen because it's often covered in dense clouds, it overlooks the Venezuelan border and faces a national park, the Yanomami reservation. Since the mountain itself is in a national park, climbing it is often restricted (unless one gets a special permit from the local biodiversity conservation). It's in such a remote location (a river basin), it has been called “the secret mountain” for centuries. It was only discovered in the 1950s, after Brazil was fully mapped.

This rocky mountain is an Instagrammer's dream come true. It has segregated rock points, a fantasy film-like atmosphere and misty clouds that cover the nearby landscape. It's the firth-tallest mountain in Brazil and is in the Itatiaia National Park, which is wedged between the states of Rio de Janeiro and Minas Gerais. It's known as the “Black Needles Peak” because of the dark-colored rocks at its peaks, which give it a sharp peak. If you're driving on the Via Dutra highway between São Paulo and Rio de Janeiro, this is the mountain that you see between the two major cities (but only as some parts, as the highway is mostly low).

This mountain is in an arid, dry area of the country, set between the small cities of cities of Piquete and Cruzeiro in the state of São Paulo. This mountain was first climbed in 1911 and is known for having not one but three rocky cliffs, one of which is accessible to rock climbers. This landmark is known for its deep valleys, canyons and vegetation. The three peaks are named Marins, Maria and Mariana.

This mountain range is known as the highest in São Paulo, and is part of Brazil's most important mountain range, the Mantiqueira mountains. It also has a reputation for being one of the hardest to climb because of its remote location, rocky terrain and that it's set in a cold region. What sets it apart? It has four creeks of spring water around the top of the mountain and its southern slope is a private farm and ature reserve, so much of it is 'no trespassing.’

This misty mountain looks like something from a Paulo Coelho book cover, but what really makes this peak famous is that it inspired Paradise Falls in the Pixar film Up. Set along the Pakaraima chain of tepui plateaus, it was first recorded in 1595 by British explorer Sir Walter Raleigh, who learned about it from local indigenous people. It's set in the Brazilian state of Roraima and is noted for its agriculture. Spot some pitcher plants, a special bellflower called a Campanula and a rare heather called a Rapatea on the mountain's summits. It's also one of the most wet mountains in Brazil, as it rains almost every day here, and is made almost entirely of sandstone and is covered with algae. 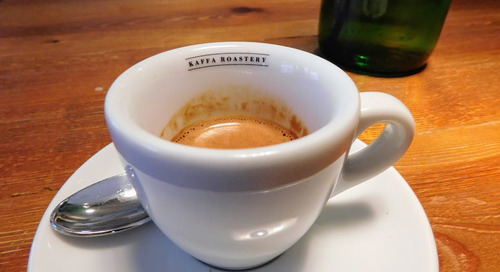 Java junkies can easily sate their cravings in the Finnish capital 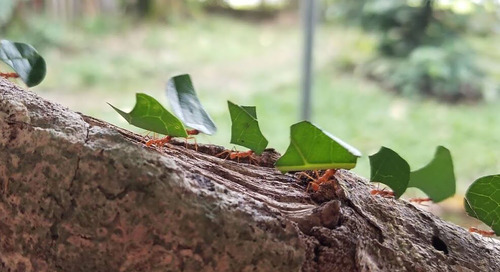 Love, work, and chocolate: The secrets of Sarapiqui