Hospitality in Morocco always involves tea. As I arrived at each riad (a guest house, often located in an elaborate home or old palace) I stayed at in Marrakech and Essaouira, the first thing its host did was invite us to sit down for tea. It is often brought to the table automatically in restaurants. Shopkeepers will usually invite you to tea as you consider their offerings or, especially, make a purchase. There is no hurry to get down to business in any of these places; nothing can begin in Morocco, it seems, until the tea is poured.

This tradition is a central part of social life and an important part of Moroccan culture, signifying friendship and hospitality. It often involves an intricate brewing process and fairly formal service, called atai, even in the humblest of places. As the tea leaves brew, the liquid is poured back and forth between teapot and glass from a height of several inches. The brewer is looking for foam to form on the surface — if there is no foam, the tea is not ready and continues to be steeped and poured until the foam appears, when it is then served in small glasses. It is considered an art that is passed down from one generation to the next.

The brewed beverage — particularly the mint tea, also called Maghrebi, that is most associated with Morocco — has a long history in the country. There are conflicting stories about its origins, but the most commonly accepted is that it was introduced to Morocco in the mid-19th century by a British merchant. Unable to sell what he called “gunpowder tea” in the Baltic region of Northern Europe because ports were closed due to the Crimean War, he stumbled upon Morocco, where it immediately became sought after. The locals made it their own by sweetening it and brightening it with fresh mint. You will still often hear it called gunpowder tea today, which gives credence to this story.

Other origin stories tell of the tea brought in much earlier by Arab traders, or introduced as a gift by Queen Anne of England in the 17th century.

The tea most commonly prepared in Morocco is a Chinese green tea; the country is one of the largest importers of this tea in the world. Fresh mint leaves and sugar are typically added, although the ingredients can vary slightly in different regions and from season to season. Other additions may include lemon verbena, yerba buena, or wormwood leaves. In the Berber region, other herbs such as thyme, lemongrass, sage, or even dried flowers may be used.

For a country in which very few people drink alcohol, mint tea is the social equivalent and is drunk all day long by most. In fact, it’s sometimes referred to as “Berber whisky.” When offering tea to guests, it is generally served three times, and meant to be savoured and enjoyed. The tea service sets and colourful glasses are absolutely beautiful, and are a wonderful thing to buy and take home from the country.

And by the way, if you are in Morocco and offered tea, particularly in a private home or shop, please accept. It’s considered impolite to refuse.

Ready to sip a soothing cup in Marrakech? G Adventures runs a number of departures in Morocco encompassing a wide range of departure dates and activities to cater to different tastes. 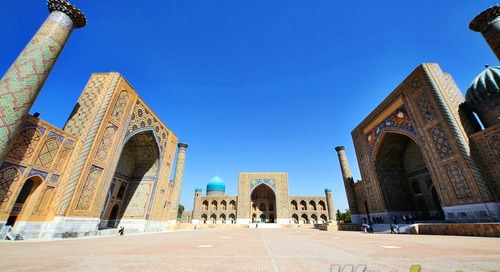 Thinking of travelling to Central Asia? Join travel blogger Nellie Huang as she breaks down her top tips fo... 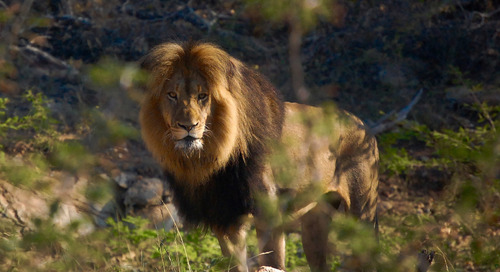