Home » The Looptail, The Travel Blog Powered By G Adventures » Think you know the animals of the Lion King? Think again.
× Share this Article

Hakuna matata! We're looking at some little-known facts about The Lion King's biggest four-legged (and two-winged) stars, from yellow-billed hornbills to full-maned lions themselves. Whether they're on screen or in the wild, people around the globe are drawn to the charismatic creatures found on our safari tours. Let's take a closer look at some of our faves, animated and otherwise:

In the film: It wouldn't be The Lion King without lions! These animals are the stars: Simba, Nala, Mufasa, Sarabi, and the villainous Scar are all lions.

In real life: You already know that lions are social felines, organizing themselves in groups known as prides (and, unlike in the Lion King films, these prides are led by the females). But did you know that lions are the only species of cat where male and female specimens are obviously physically different? Male lions are distinguished by their lengthy manes, which signal sexual maturity, whereas female lions don't have manes at all.

In the film: Shenzi, Kamari, and Azizi, the dangerous cackling henchmen of Scar.

In real life: Because of their appearance and behaviour, hyenas are often mistakenly called dogs or canines. But the animals are actually members of the feliforma suborder of animals — and feliforma means, you guessed it, "cat-like"!

In the film: Timon, the wise-cracking sidekick of Pumbaa (we'll get to him later).

In real life: Meerkats are communal animals who often look out for one another. Several members of a group of meerkats will stand sentry (on their hind legs) to watch out for predators, and warn the larger group to the presence of danger using specific calls. And they babysit for one another — female meerkats care for the offspring of other female meerkats, feeding them and protecting them from danger.

In the film: Pumbaa, who — along with Timon — adopts Simba when he's exiled following the death of Mufasa.

In real life: Warthogs are wild pigs and, when you think "pig", you probably don't also think "extremely fast runner." In the case of the warthog, though, you should: sprinting is actually their main means of defence against predators. Warthogs can burst into sprints of up to 55 miles per hour!

In the film: Rafiki, the shaman-like advisor to Mufasa.

In real life: Mandrills, with their brightly coloured faces, are often misclassified as baboons (they're part of their own primate family). The primates are the world's largest monkey, with males growing up to an average weight of around 71 pounds.

In the film: Zazu, the majordomo of Mufasa.

In real life: When yellow-billed hornbills mate, they build their nests in cavities in trees, and the female — while sitting on eggs — will actually seal herself in (with help from her mate) using food and mud. The birds leave a slit in this "door" through which the male passes through food.

Many of the animals above — and other wildlife of The Lion King — can be spotted in much of sub-Saharan Africa, in countries including Kenya, Botswana, South Africa, and more. Check out our small group tours to Africa! 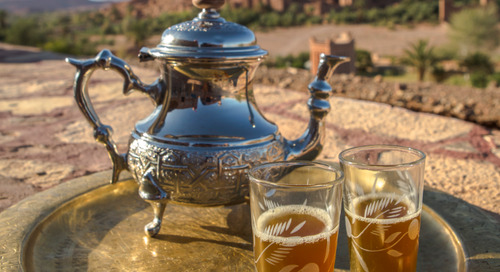 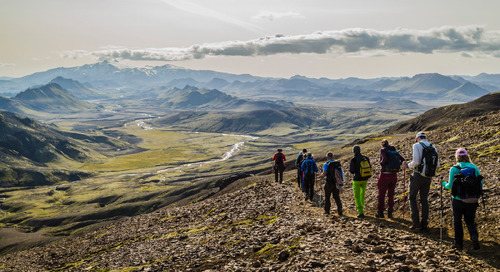